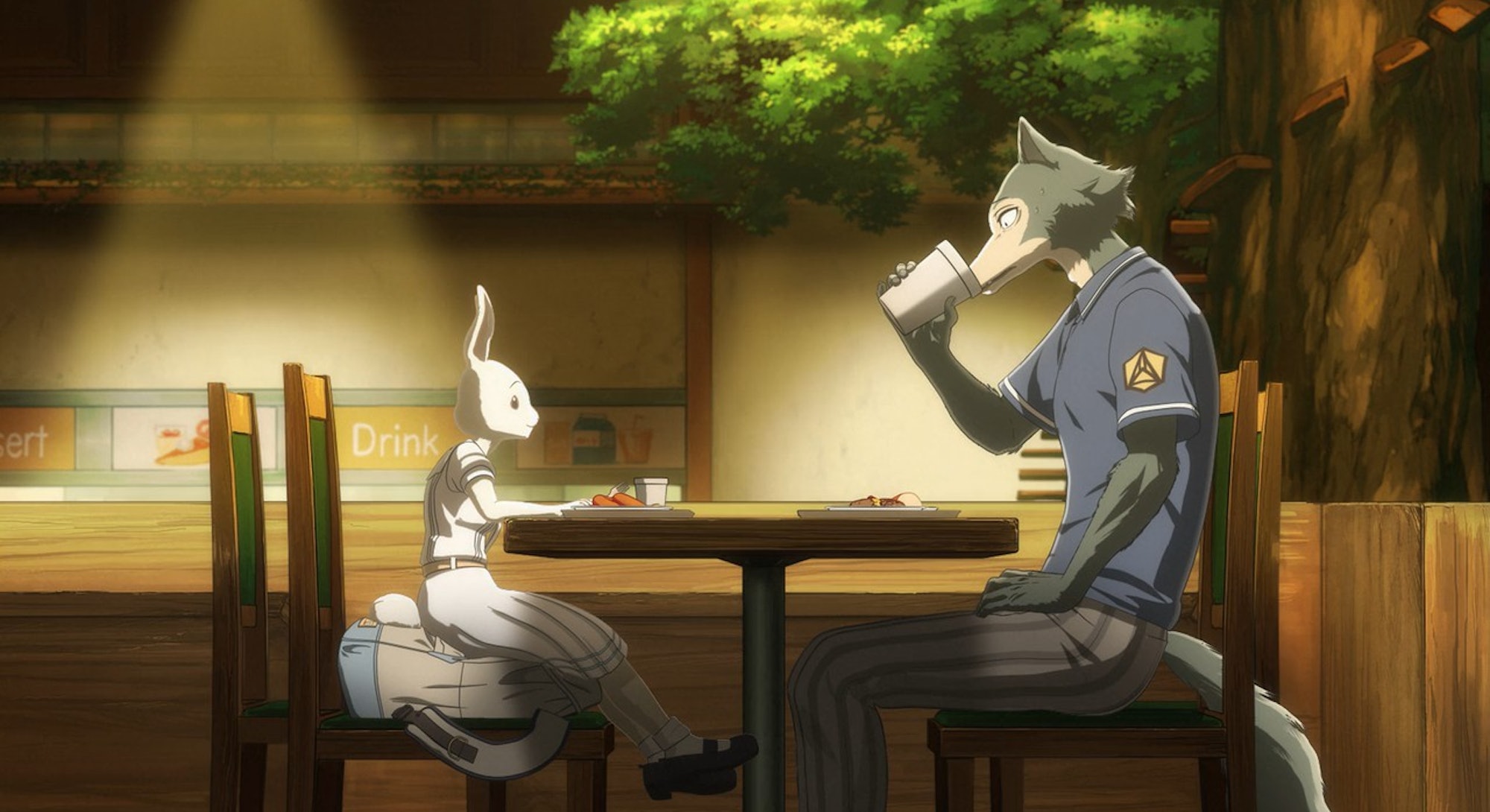 It’s impossible not to compare Beastars, the newest series from anime studio Orange, to Disney’s Zootopia.

Both take place in worlds inhabited by anthropomorphic animals who live mostly in harmony with one another, the only thing dividing them is their diet. Both focus on relationships between two polar opposites, where one is the natural enemy of the other. Ultimately, the darker tone and complex, thought-provoking storyline of Beastars add up to a more fulfilling experience than Disney’s 2016 hit.

After months of anticipation, the series finally arrives today on Netflix. It is the last great anime made in the previous decade, a considerable technical achievement by a studio that is fast earning a reputation for pulling off the impossible.

Based on writer and illustrator Paru Itagaki’s award-winning manga, Beastars follows Legoshi, a shy, timid and – contrary to his appearance – sheepish gray wolf. A member of the drama club at Cherryton High School, Legoshi has spent much of his life playing the weakling, doing everything he can to avoid conflict. While quite a few animals chastise him for downplaying his more feral instincts and his friendly relations with herbivores, Legoshi displays a solemn maturity, emphasized by Chikahiro Kobayashi’s winning voice performance.

When his friend Tem, an alpaca, is eaten by an unknown animal in what is known as a “predation” incident (the gravest crime in this world), the school is naturally suspicious of the wolf in their midst. Legoshi, used to this type of treatment, plans to keep his head down, teeth hidden, and stay out of everyone’s way.

That becomes difficult when he meets Haru, a snow-white dwarf rabbit. Far bolder than her appearance might suggest, she’s keenly aware she is always one step from death. Haru is the sole member of the school’s gardening club and a fellow outcast with a reputation for being promiscuous. Legoshi becomes infatuated with her, but Haru only has eyes for the lead actor in the drama club and most popular animal in school, the proud and charismatic red deer Louis.

Poised to achieve the position of “Beastar,” an animal that transcends prejudice and fear, Louis is everything Legoshi is not. The deer draws admiration everywhere he goes, looks down on other animals and is disgusted that Legoshi hides his inner alpha. His animosity toward Legoshi comes from the fact that he, as a deer, will always be viewed by one half of the population as prey.

Throughout the series, Legoshi navigates this interspecies love triangle, all the while attempting to figure out whether Haru is his first real love or his future prey?

WIth 2017’s Land of the Lustrous, Orange made a compelling case that CG anime can look every bit as good as a hand-drawn series. The culmination of a three-year project, Beastars takes the argument even further. The entire series looks fantastic, with an inviting color palette done by Satoshi Hashimoto and character designs by Nao Ooute, giving Itagaki’s source material the adaptation it deserves.

This isn’t a particularly rapid-fire show, The few moments of action, such as when Legoshi and Bill – a sociable tiger with a habit of bending the rules – clash during a stage production, the camera swirls as if moved by the beasts own momentum. Dialogue scenes contain their own intense energy, thanks to the series frequent use of split-screen, allowing us to simultaneously experience both sides of a conversation in real-time. While mainly a CG series, a few moments use 2D animation to tremendous effect, the stand-out sequence being a stunning, aquatic dream that opens the seventh episode, done by rising star Yoko Kuno.

Nanami Higuchi’s script gives each of the main three characters time to develop, making their actions and ambitions clearer to the audience. And the glimpse of the world outside of Cherryton, mainly The Black Market, a not-so-secret location where carnivores can acquire meat from funerals and hospitals, offers just a taste of the complicated politics of this world, one I’m looking forward to exploring further.

A kidnapping plot livens things up in the second half of the season, but felt a little out of place and not terribly plausible. Thankfully, it is resolved rather quickly and we are taken back to the true strength of the story, the complicated and bizarre relationship between the shy wolf and the bold rabbit.

Last month, we passed an important yet overlooked milestone in the history of anime. February marked the 20th anniversary of Kenichi Maejima’s A.LI.CE, the first full CG anime film. Computer graphics in anime have improved dramatically since Osamu Dezuki used it in Golgo 13: The Professional – just look at Promare and Kazuki Akane’s soft tennis drama Stars Align for recent examples. However, a respectable and accomplished full-on CG anime series seemed out of reach, that is until the arrival of Orange.

With Land of the Lustrous and now Beastars, Orange has become the standard-bearer all other studios producing full CG series will be compared to. Hopefully, it will continue to adapt material as ambitious as the medium itself.

Beastars is available to stream now on Netflix.