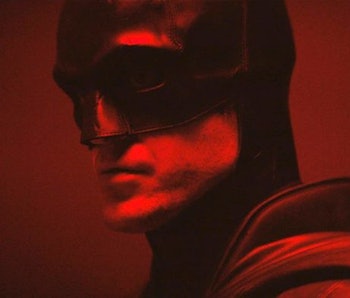 Matt Reeves' first-look images of Robert Pattinson in the Batsuit, standing stoically next to the Batmobile, a vintage Dodge Charger, make a crystal-clear statement. 2021's hotly anticipated reimagining of the Caped Crusader, The Batman, will have a decidedly noir-influenced tone and aesthetic. But that's not all that's different about the DC comics icon's next big-screen outing. Star Jeffrey Wright recently revealed one key way The Batman will depart from Christopher Nolan’s The Dark Knight trilogy in its portrayal of Gotham City.

Like Batman himself, Gotham City has gone through several iterations. In all of them, the city is a character in its own right. Wright, who is playing Gotham PD’s Commissioner James Gordon, says the movie's ensemble cast informs and fleshes out Gotham like pieces of a puzzle. The implication is that the film wouldn’t work if it was solely focused on Batman: crafting a distinct take on a well-known world is very much a collaborative effort.

Here’s what he told Collider:

“The characters and the stories have reflected the times and social dynamics, in which they were created. As far as the films go, the characters, I feel, are very much specific to the interpretation of Gotham. And so, what I do is going to be very specific to Matt Reeves’ vision of Gotham, and it’s going to be reflective of what Robert Pattinson’s Batman is going to be. To pluck one character out of the whole, is a forced idea. All of us are working together to create a tone and a language and an energy and a vibe that is specific to our film. That’s what we were in the middle of doing when the alarm sounded that at least we Americans needed to get the hell out of there, so that we could get back home. That’s where we are right now, very much in the middle of things.”

Obviously, Nolan’s trilogy did something similar, creating a world specific to the director’s vision of Batman and Gotham. However, Nolan’s films focused more on the caped crusader himself, while the villains and criminal overlords running amok were more of a secondary focus. What’s more, the vision for Gotham City drastically shifted between films, altering between Chicago and New York City as a backdrop.

Wright’s explanation suggests a more tight-knit group whose stories are more intertwined. It’s possible that Reeves pulling from a multitude of comic book stories will intrinsically unite and connect the characters of The Batman, offering more cohesive world-building and a more refined portrayal of Gotham City.

Given that the film isn't an origin story, it’s possible that The Batman will lean more on its supporting characters, painting a more thorough picture of Gotham and its inner workings. Whether that will reflect onscreen remains to be seen and it'll be a while before we find out.