“This isn’t mischief. This is mayhem.” 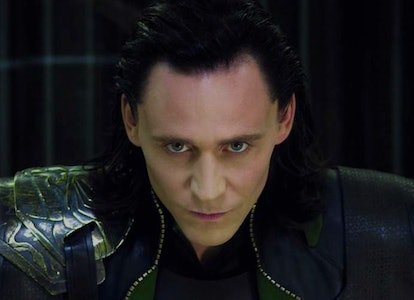 Loki will be unlike any Marvel series we’ve seen. The first of Disney+’s MCU series to focus on a villain, it will find the rogue Asgardian reluctantly rallying to a good cause: helping the Time Variance Authority to repair broken timelines. Don’t expect this redemption arc to stick. It’s likely Loki will be up to his usual tricks soon enough, and one recent fan theory suggests the series will set in motion the MCU’s biggest villain team-up to date.

What if the events of Loki led into a fifth Avengers film, inspired by Marvel Comics’ Siege event? That’s the theory recently advanced by Redditor u/comicclub1089. For those unfamiliar with this particular multi-series event, it follows Norman Osborn’s efforts to create his own line of Dark Avengers, who seek to invade Asgard – with Loki’s help.

It’s already obvious an anti-Avengers squad of some kind is being assembled in the MCU. After Contessa Valentina’s appearance in The Falcon and the Winter Soldier, it appears John Walker is the first of many to be recruited into this elite group. Could this squad be inspired by the Dark Avengers or The Thunderbolts? This theory makes a convincing case for the former.

In the comics, Loki enlists Osborn’s help by convincing him Earth is no place for a new Asgard. To quote Loki in Siege: “This isn’t mischief. This is mayhem.” The pair launch a joint invasion, with Osborn leading the charge. However, they’re poorly prepared and do not succeed in this effort, with Loki experiencing a change of heart and praying to his father Odin for help. Meanwhile, Osborn and the Dark Avengers are arrested. If the MCU were to adapt this story, it would be the final nail in Loki’s redemption-arc coffin, with the siege serving as his last evil scheme.

While Norman Osborn led the Dark Avengers in the comics, it’s likely Contessa Valentina will fulfill that role in the MCU. Where does Loki come in? After the trickster god is through freelancing with the TVA in Loki, he’ll likely return to Earth – only to find the Avengers scattered, with Iron Man and Captain America gone for good. Odin’s dead, and the world’s in disarray after The Blip. In other words, it’s the perfect time to hatch an evil plot.

After six episodes of do-gooding, Loki will likely return to his villainous roots, and perhaps invading New Asgard will be at the top of his to-do list. The Avengers beat Loki once before. But what if Loki were to partner with John Walker and Valentina’s other new recruits? That would be a fight not only worth reassembling Earth’s mightiest heroes but also seismic enough to support another super-sized Avengers outing in the MCU.

Loki premieres on Disney+ on June 9.