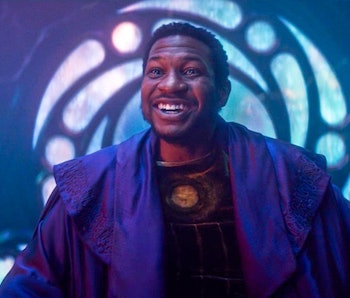 The Marvel Cinematic Universe has the luxury of time. While other movies and even franchises have to establish a villain within a single movie, the MCU can seed a villain over multiple features and TV shows, carefully and deliberately crafting their character and the threat they pose to the world.

Because of that, overarching villains like Thanos and now Kang the Conqueror require an equally thought-out plan to defeat them. For Thanos, that meant the elimination of half the Earth’s population and a time heist. What will it take to defeat Kang? This theory suggests the best choice for Avengers: Kang Dynasty is hiding in plain sight.

Redditor namethatsnotused posed the question of who will deal the final blow to Kang, and the community came to two separate conclusions. Unlike the Thanos era, there are no real flagship heroes in this phase of the MCU. Hawkeye, Captain America, and Black Widow have replacements in Kate Bishop, Sam Wilson, and Yelena Belova, all of whom are still establishing their identity and MCU role. Because of this, a heroic moment like Iron Man’s sacrifice isn’t as easy to predict.

Still, many fans are suggesting Ant-Man is the obvious choice. We know Kang the Conqueror will be officially introduced in Ant-Man and the Wasp: Quantumania after a soft launch as He Who Remains in Loki. As the Avenger who first encounters the villain, he seems like the man who would most fit the task of sending him off for good.

The second predominant theory is a bit more complicated, and a bit more interesting. What if the man who kills Kang is yet another Kang? He Who Remains established that there are countless Kang variants, and they’re often incredibly evil. Maybe Kang the Conqueror will be killed by an even more ruthless variant who will act as a twist to the final boss fight. Just when the Avengers think they have Kang handled, an even bigger threat will appear.

This would mesh with the way Thanos’ story was structured. Killing Thanos, at least the first time, was an intentional anticlimax. It wasn’t until the time travel hijinks that followed his demise that Avengers: Endgame kicked the action up to a level worthy of such a long-running villain. Having an initial Kang the Conqueror replaced with an even more horrifying version would be a similar (and fun) way to raise the stakes.

We’ve been prepared for variants to become a big deal in Phase 4 ever since He Who Remains’ first appearance. Maybe this is what the MCU has slowly been building towards: Kang versus Kang.