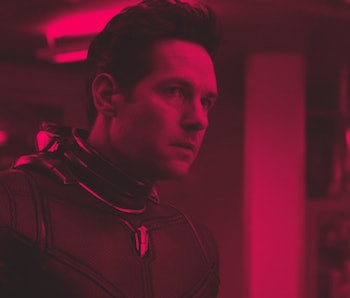 Most of the discussion surrounding 2023’s Ant-Man and the Wasp: Quantumania is understandably focused on Jonathan Majors’ Kang the Conqueror. Coming off the character’s impactful introduction in the Loki Season 1 finale, it’s not hard to see why.

One sketchy new leak even suggests the film will have Cassie cross paths with a notable member of the Young Avengers; someone important in the comics who also happens to be making her MCU debut at this very moment.

The Leak — A new report from Midgard Times claims that Hawkeye actress Hailee Steinfeld was seen in the same UK location where Ant-Man and the Wasp: Quantumania was filming for several months this winter. The outlet suggests that Steinfeld’s presence means she’ll reprise her Hawkeye role as Kate Bishop in Quantumania, although it’s unclear what the size of her role could be.

Make sure to take this with a grain of salt, because there have been no other reports of Steinfeld’s alleged involvement in Quantumania. That said, it would certainly make sense for Steinfeld to appear as Kate Bishop in the Ant-Man and the Wasp sequel given the film’s use of Newton’s Cassie Lang.

And of the many Young Avengers Marvel has either already introduced or is currently planning to, Kate Bishop and Cassie Lang are two of the most notable. The former has served as the leader of the Young Avengers in the comics, while the latter has been a frequent member of the team.

So it certainly doesn’t seem like a stretch to think that Quantumania might feature a surprise appearance from Steinfeld’s Kate Bishop, even if it’s just a cameo. The character is shaping up to be one of the most likable and charismatic MCU newbies that Marvel’s introduced this year, so it seems like a no-brainer for the studio to put her at the center of whatever Young Avengers plans it has.

The Inverse Analysis — It’s worth noting again this report and its claims could be spurious. As is always the case with leaks like this, there’s no way of knowing for sure whether it’s legit until the film is released.

But of all the many Ant-Man and the Wasp: Quantumania rumors that are circulating online, it feels like one of the more legitimate. After all, it’s only a matter of time until Marvel starts bringing together some of its Young Avengers in the MCU, and there’s no reason to believe Quantumania won’t do just that for Kate Bishop and Cassie Lang.

Whether or not that means the film will also end with Hailee Steinfeld showing up to talk to Cassie Lang about a “Young Avengers Initiative” remains to be seen. But we certainly won’t mind if it does.