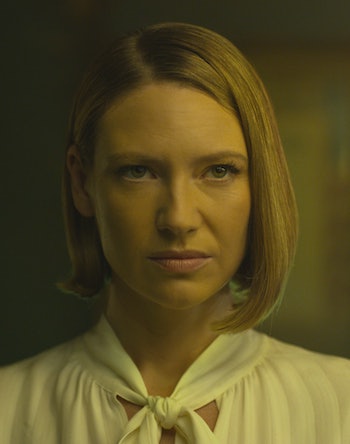 Season 2 of Mindhunter may have ended, but that doesn’t mean the conversation stops there. The second season ended with a major cliffhanger, unresolved cases in the Atlanta Child Murders, and lots of open-ended plot threads — like Nancy leaving Tench, the BTK killer, and the supposed end of Wendy’s relationship with Kay.

With so much to unpack, Inversers Mae Abdulbaki and Chelsea Szmania discuss the hatred of Agent Gregg, why there seems to be so many serial killers in the late 1970s, and more developments from Episodes 6-9.

The Behavioral Science Unit was literally founded in the 1970s because of the sheer amount of terrifying killers cropping up across the country, but why then?

CHELSEA: Now that we’re two seasons in, I feel like I’m fairly well-versed in one of America’s more frightening corners of history — that a serial killer could be living as far as the other side of the country or as close as your backdoor. That being said, I often return to the question of why, along with the rise of funk and the golden age of game show television, our country also seemed to birth an influx of serial killers. It’s an interesting question, and one I’m not quite sure Mindhunter accurately aims to answer. (Though, to be fair, we are only two seasons in.) But investigative historian and author Peter Vronsky has a few theories. In an interview with BBC News in 2018, Vronsky tied the sudden emergence of killers to a society living in post-World War II: “The surge in suburbs and the complete makeover of the demography of the country lead to a lot of transience, a lot of mobility, a lot of broken families, which is where many of these people came from.” Given what we know about how society approached mental health in the ‘70s, it’s a plausible enough theory: men returning home from war weren’t encouraged to be open about their struggles with anxiety and PTSD, which likely had an effect on their children.

MAE: That’s an interesting point about the reasons behind so many serial killers in the ‘70s. Mindhunter provides us with an outline for how we came to learn so much about them, but their emergence is definitely disturbing. However, as was shown with Wayne Bertram Williams, the man charged with the child murders in Atlanta, not all of these men necessarily come from broken homes. It’s a fact that boggles Holden’s mind, that this killer doesn’t seem to fit the patterns of the others. So while I can agree with Vronsky’s theory, we have to take other factors into account as well. It was much easier to get away with crimes like that back then and, given that a large number of the perpetrators were white men, there was also likely a sense of entitlement at play.

3. Why Does Everyone Hate Gregg?

No one can quite settle on who their favorite BSU member is (Carr all the way!) but what fans can collectively agree on is how much they all hate poor Gregg. If you don’t remember who that is, well, neither did we…

MAE: I had a momentary lapse in memory because Gregg is that forgettable. As the fourth member of the Behavioral Science Unit, he’s also the least developed character and didn’t really make much of an impression on the audience in Season 1. By anonymously reporting Holden to the ethical committee, Gregg made it clear he didn’t value his teammates as much as any of them thought. Gregg evokes such a negative reaction that there’s even an entire subreddit about how much fans hate him. If Season 2 is any indication, it seems like the writers don’t care much for him, either. They’ve gone so far as to have convicted serial killers shut him up whenever he talks, or even call him names. Poor Gregg?

CHELSEA: It’s funny you mention forgetting who Gregg was, because after learning from our Multiverse newsletter that everyone really dislikes Gregg, I had to Google who that was, no joke. To be honest, I didn’t feel hatred towards Gregg — or really much of anything at all. But perhaps that’s the point. He serves a similar purpose to Toby on The Office. Everyone in the Scranton office either hated (Michael Scott) or was irritated by him (basically everyone else), but the audience tuning in every week didn’t have much of an opinion on him either way. It’s possible Gregg could become part of a larger framework on the show, but judging by how the writers have treated him, especially this season, it’s doubtful. At this point, I kind of just feel bad for him. It’s hard to be a rule-follower! I also suspect a few people out there can relate to that extremely awkward scene in the car with Wendy where he admits to his crushing failure. “Poor Gregg” is right.

2. So, Is Holden Magically Cured of Panic Disorder Now?

In what started out with him waking up tied to a hospital bed and being prescribed Valium for panic attacks, Holden seems to be A-ok now. That’s how mental illness works, right?

MAE: It’s so strange that Mindhunter played up his panic attack at the beginning of Season 2, only for that subplot to just vanish into thin air. Holden slipped right back into his old habits without so much as a nod to his feelings. Shouldn’t his ongoing work with serial killers, or even his second meeting with Kemper, have triggered some sort of response? After all, his doctor specifically mentioned that it’s not just something that goes away, and Holden has continued to put himself in stressful situations. So it seems like it should be important, right? Honestly, if Mindhunter is concerned solely with serial killer cases and not the mental state of its characters, then the writers should have avoided Holden’s panic disorder altogether.

CHELSEA: We discussed Holden’s panic disorder in an earlier roundtable discussion of the first half of the season, and I’ve gotta say, I did not foresee Holden’s personal narrative going in the direction it did. This was truly a major letdown on a rather important subject. Given what we know about panic disorder (and a mistreated one at that!), I also find it highly unlikely that any of his time spent in Atlanta on the Child Murders wouldn’t have been triggering. At the beginning of the season, we see him doubled over on the side of a car after his former boss lays into him. Yet, when the mothers of the missing children berate Holden for not doing more, he shakes it off and promises he isn’t done. Let’s hope that as we dive into Season 3, the writers can give each and every subplot the time and attention it deserves.

1. Was It Smart to Devote So Much of Season 2 to the Atlanta Child Murders?

The latter half of the season should be renamed “The Atlanta Child Murders: A Fictionalized True Story” for all of the time they devoted to it.

CHELSEA: Season 1 spent a good portion of its time on Ed Kemper, which was a wise decision, given his complex personality. He’s still a fan-favorite character, and if I can pinpoint one particular scene from Season 2 as a standout moment, it was Holden and Tench’s visit with Kemper, where they gleaned more information about the mind of Charles Manson from him. Fast-forward to the middle of Season 2, and the Atlanta Child Murders became such a focal point that all other subplots were abandoned in favor of a string of high-profile cold cases down in Georgia. It was a disappointing shift in the season, as it led to rushed storylines with no real conclusion (the slow progression and then complete drop-off of Wendy’s budding romance with bohemian bartender Kay comes to mind) and a cat-and-mouse chase that dragged on for a little too long.

MAE: It was definitely a strange shift. When the credits rolled after the finale, I was honestly baffled why there wasn’t another episode. It felt like such an abrupt ending. While the series is based in fact and the Atlanta Child Murders were never actually solved, the writers could have refined this storyline a lot more. Remember how they created a whole fictional subplot for Tench and his son, Brian? At the very least, the writers could have tweaked certain facts, or simply not wasted the first few episodes on other cases. Like you mentioned, Kemper was a large part of Season 1, so why not spend as much time evaluating the life of Wayne Bertram Williams? Why turn it into a mystery, instead of an exploration of his character? The focus should’ve been on the Atlanta case from the very beginning, instead of wasting time on BTK and even Charles Manson, whose appearance didn’t really add much to the season.