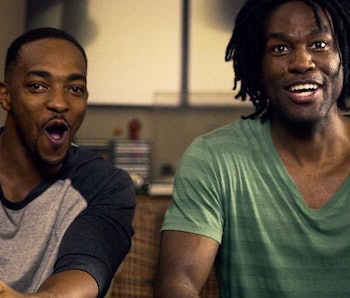 Considering the show has a massive cult following and fans eagerly binge new seasons every time they debut, a Black Mirror Season 6 renewal is likely. For now, though, Black Mirror doesn’t have the official green light for Season 6, and we may have to wait a while. Here’s everything we know about what we can expect for Black Mirror’s future.

Has Black Mirror been renewed for Season 6 yet?

Black Mirror Season 6 hasn’t been renewed — yet. The possibility of a Season 6 seems to hinge on the desires of creator Charlie Brooker. When asked about the possibility of a new season by RadioTimes, he replied, “I’ve been busy, doing things. I don’t know what I can say about what I’m doing and not doing. At the moment, I don’t know what stomach there would be for stories about societies falling apart, so I’m not working away on one of those. I’m sort of keen to revisit my comic skill set, so I’ve been writing scripts aimed at making myself laugh.”

Considering how much Black Mirror is linked to Brooker at this point, it’s safe to say Netflix won’t move forward with any Season 6 without his consent.

What will Black Mirror Season 6 arrive on Netflix?

Since Black Mirror Season 6 has yet to be confirmed, let alone begin production, it’s hard to say officially when it will arrive on Netflix.

How many episodes will Black Mirror Season 6 have?

The episode count might change from Season 5 to 6, just like it did between Seasons 4 and 5. Episode counts have varied, either clocking in at three episodes a season or six episodes, with the occasional holiday episode or special episode thrown in inbetween official seasons. Season 5 only had three episodes (“Striking Vipers,” “Smithereens,” and “Rachel, Jack, and Ashley Too”), but that episode order could revert to six for Season 6.

Who is joining the Black Mirror cast for Season 6?

There’s no casting news on the Black Mirror Season 6 front, mostly because it remains to be seen if Season 6 is happening at all.

One of the few sources of fun in the Black Mirror universe (and boy, we need fun wherever we can get it) is the casting choices. The anthology structure of each season means that there is the opportunity to bring aboard tons of talented actors who can give life to each episode.

Showrunners Charlie Brooker and Annabel Jones recently joked about casting former U.S. President Barack Obama in an Americanized version of Season 1 episode “The National Anthem” in an interview with Yahoo Movies UK. It’s unlikely Obama would appear in a remake of that particular episode since the plot involves a politician having sex with a pig — or any other Black Mirror episode for that matter. But hey, it’s good to dream big, right?

What’s this I hear about another Bandersnatch-like episode?

Speaking with Yahoo Movies UK, Brooker teased some unused ideas could go toward making another “Choose Your Own Adventure”-style episode like Bandersnatch.

“There are all sorts of other ideas came about during the making of Bandersnatch which we may get to in the future. The thing is, if you’re doing an interactive episode, it needs to justify itself. There needs to be a compelling narrative reason as to why you’re using that otherwise, it is just a gimmick.”

There’s no confirmation another Bandersnatch-esque episode will happen, but it could be necessary to tide us over until Season 6 happens.

Where can I watch Black Mirror Season 6?

If Black Mirror Season 6 does end up happening, you’ll be able to watch it along with the other seasons on Netflix. For now, you can binge Seasons 1-5 and go down the rabbit hole that is Bandersnatch to keep yourself occupied until a new season materializes.

Black Mirror Seasons 1-5 are available to stream on Netflix.

More like this
Culture
Sep. 20, 2022
5 amazing sci-fi shows and movies leaving Netflix in September 2022
By Robin Bea
Culture
Sep. 16, 2022
You need to watch the best cult thriller of the year on Netflix ASAP
By Dais Johnston
Entertainment
Sep. 26, 2022
Everything you need to know about HBO's The Last of Us TV series
By Corey Plante and Willa Rowe

This article was originally published on June 8, 2019