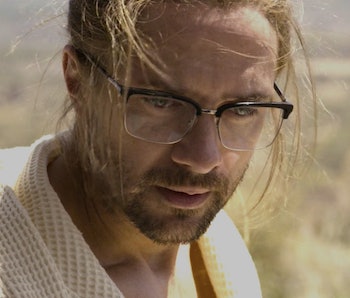 On Tuesday, YouTube announced that a series of homophobic and racist videos meant to mobilize an online mob against a gay liberal columnist didn’t violate its terms of service, choosing clicks and engagement over morality and human decency. One day later, in the just-released Season 5 episode “Smithereens” of Netflix’s anthology series Black Mirror, a fictional tech CEO (played by Topher Grace) delivered a searing indictment of that exact same type of capitalist logic. It would be a startling coincidence if we weren’t already used to seeing similar news coming out of Silicon Valley on a weekly basis.

In just a few short sentences, Grace says the words that Facebook founder Mark Zuckerberg, Twitter CEO Jack Dorsey, or YouTube boss Susan Wojcicki will never utter (at least until long after they’ve retired). Black Mirror’s message here is clear, if obvious: tech giants don’t care about us, they only care about money.

Let’s back up for a second. “Smithereens” tells the story of Chris (Andrew Scott; Fleabag, Sherlock), a troubled man living in modern-day London who resorts to kidnapping a low-level employee at a social media giant called Smithereen (basically a stand-in for Twitter or Facebook). Then, Chris pulls a gun on his victim and demands to speak to the company’s CEO, a tech guru named Billy Bauer (Grace).

At first, it seems Scott’s character is driven purely by a hatred for social media and modern technology in general, but once he finally gets Bauer on the phone, he reveals his true motivation. I won’t spoil the episode’s heart-wrenching twist, but it’s powerful enough to knock something loose in Grace’s stereotypical tech CEO, who’s stepped away from a 10-day silent retreat (yes, this is basically Black Mirror does HBO’s Silicon Valley) to negotiate a hostage situation.

Billy Bauer begins his speech by noting that his company’s original goals were more humble (sound familiar?). Then, everything changed:

Gotta keep optimizing. Gotta keep people engaged, ‘till it was more like a crackpipe, like some kind of Vegas casino where we sealed off all the fucking doors. We’ve got a department all they do is tweak it like that on purpose. They’ve got dopamine targets, and there’s nothing I can do to stop it. I started it. There’s nothing I can do to fucking stop it. I’m like some kind of bullshit frontman now.

At least Bauer has the clarity to recognize that he’s lost control of his company, and a moment later he swears that he’s about to walk away from the empire he founded. In the real world, our tech overlords seem utterly convinced that they can still be a force for good. Even as scientists and co-founders ring the alarm, Zuckerberg and co. stand by the claim that only they can save us from the chaos they created (though who knows what they say behind closed doors).

Meanwhile, scientific studies have confirmed that apps like Facebook and Instagram trigger dopamine releases that keep us coming back for more, and they’re designed to do it as frequently as possible. Even Facebook’s former President, Sean Parker, admitted that the social network is warping our brains. Smithereens puts those same words in the mouth of a tech CEO, and it’s jarring to hear, even in the context of a fictional anthology TV show.

Black Mirror’s most memorable episodes are usually the ones that peer further into the future, episodes like “15 Million Merits” or “San Junipero,” where the world has been fundamentally warped by some new technology. But more often that not, the show’s most powerful moments come from portraying society as it is now to reveal how warped we’ve already become.

That’s exactly what Smithereens does by connecting a broken man to the Silicon Valley CEO who broke him. I’d like to think that if Zuckerberg or Wojcicki were faced with a similar situation the facade would crack to reveal a real, remorseful human underneath, but in that sense, Black Mirror’s world may actually be more virtuous than our own.

Is Black Mirror getting brighter or is the real world growing grimmer? The right answer is probably a little bit of both.