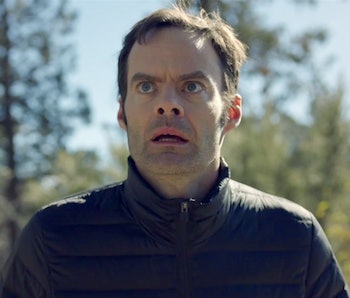 Barry is ready to fire off a third season. While the comedy started slowly when it first premiered on HBO in March 2018, the series, which stars Bill Hader as an assassin trying to make it as an actor in Hollywood, hit its stride in Season 2. Now that the Season 2 finale has aired (and Game of Thrones is over forever), we’re stuck here waiting for Barry Season 3.

Here’s everything we know about Barry Season 3, from when it may premiere to the episode count, the possible plot details.

Is Barry coming back for Season 3?

Yes! Deadline reported back in April 2019 that HBO had renewed the series for a third season.

At the time Barry was renewed, the show most likely had plans to premiere in March 2020, as it had the previous two seasons. However, the coronavirus pandemic put a large halt onto any filming. Deadline reported that Season 3 had started filming earlier this year. But star Henry Winkler contradicted that to The Hollywood Reporter, saying he would be returning to the set this summer. Either way, expect Barry Season 3 to not come to our screens until 2022 at the earliest.

Is there a trailer for Barry Season 3?

Not yet, and it probably won’t arrive until much closer to the season premiere. However, it’s possible HBO could offer an earlier peek at Barry Season 3 in one of those promotional videos that tease a whole bunch of upcoming shows in a single montage.

How many episodes will be in Barry Season 3?

We don’t officially know, but Seasons 1 and 2 both featured eight episodes. HBO didn’t announce an expanded order for Barry Season 3, so you can probably expect eight more episodes next year.

What’s the plot of Barry Season 3?

Barry Season 2 ended on a huge cliffhanger after Monroe Fuches (Stephen Root) told Gene Cousineau (Henry Winkler) that Barry was actually the one who killed Gene’s girlfriend at the end of Season 1. The final shot shows a traumatized Gene remembering this revelation, setting up a showdown in Season 3.

Meanwhile, Sally Reed (Sarah Goldberg) sees her career take a big step forward after her theater class performance turns out to be a huge success. The lesson she learns in that moment (that the truth doesn’t matter) will likely play a big role in her development in Barry Season 3.

Finally, Fuches may have successfully turned Noho Hank (Anthony Carrigan) against Barry, setting up yet another big conflict for Barry Season 3.

Will Barry be renewed for Season 4?

Though we’re still waiting on Season 3 of Barry, its writing team is already hard at work on Season 4. Co-creator and lead actor Bill Hader told Seth Meyers that they had already written a fourth season in quarantine during the production delay. Though the show has yet to be renewed, HBO Max Chief Content Officer Casey Bloys did tell Deadline, “Typically, we don't pick up things until they air but if I was betting on whether we would do more, I think that is a very safe bet.” That means even more adventures for Barry and his classmates after Season 3 drops.

Seasons 1 and 2 of Barry are currently available on HBO and HBO Max.