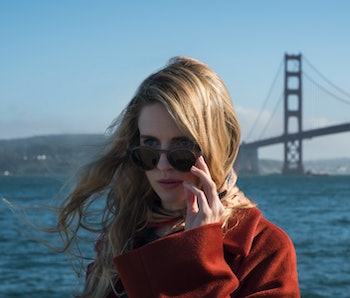 This article about Season 3 of the sci-fi series The OA was originally published on March 25, 2019, and updated on May 6, 2021 following the cancellation of the series. Read on for the original article, with some new changes to reflect the latest updates on this topic.

If you watched the first season of Netflix’s The OA and devoured Season 2 after it launched in 2019, chances are you’re eager to see what happens next on the trippy sci-fi series. After the Season 2 finale cliffhanger, we don’t blame you for immediately seeking out an OA Season 3 release date.

Unfortunately, that day will never come, as Netflix has canceled The OA after two seasons. Regardless, here’s everything we know about the series, including if it has a future somewhere else.

What happened at the end of The OA Season 2?

It all began with one woman, Nina/Prairie/the OA returning home after a seven-year disappearance, no longer blind. Over the course of two seasons, we got to know her and those who came into her life, in more than one dimension.

Season 2 ends with Nina/Prairie/the OA in another dimension, one where she’s Brit (as in Brit Marling, the actress who plays the character), and Hap is Jason Isaacs. Karim, meanwhile, remains in the previous dimension, only to see into the new one — and see Buck/Michelle, who hears him and tries to reach him, only for the two to apparently be sucked out of these two dimensions.

Season 1 ended with Prairie being rushed to the hospital after getting shot in the chest, and Season 2 ends with Brit heading to the hospital after what looked like an on-set injury. However, Steve caught up to the ambulance and knew “Jason Isaacs” was really Hap. But which dimension is Steve from?

Was The OA renewed for Season 3?

Unfortunately not. Despite positive critical ratings and ending on a huge cliffhanger, Netflix canceled The OA in August 2019.

“We are incredibly proud of the 16 mesmerizing chapters of The OA, and are grateful to Brit and Zal for sharing their audacious vision and for realizing it through their incredible artistry,” Netflix head of originals Cindy Holland said in a statement. “We look forward to working with them again in the future, in this and perhaps many other dimensions.”

Will both seasons of The OA still stream on Netflix?

Yes! Despite the cancellation, The OA’s first two seasons will still be available on the streaming service.

Why was The OA canceled by Netflix?

The streaming service remained mum about why it canceled The OA, so it’s tough to say outright. It is noteworthy that many Netflix original series do not make it past three or four seasons, as they try to figure out whether new projects or multi-season series are the way to increase subscribers. To that point, The OA was canceled alongside other popular Netflix series like Tuca & Bertie and She’s Gotta Have It.

What was the reaction to The OA cancellation?

The surprise cancellation of The OA provided a huge response of outrage from the fandom. Several celebrities, including Emma Roberts, Julianne Hough, and Lea Michele, posted their shock on social media upon hearing the news. Fans quickly rallied behind #SaveTheOA and #TheOAIsReal, petitioning Netflix to reverse their decision and revive the show.

The effort from the audience went to great extremes. Fans raised over $5,000 to erect a billboard in Times Square, asking Netflix to renew the series. One person even went on a hunger strike outside Netflix’s L.A. headquarters to protest the decision, receiving support and a visit from creators Brit Marling and Zal Batmanglij. Unfortunately, despite all these efforts, the show remains canceled.

Could The OA live on another network?

That remains to be seen. It certainly isn’t rare for a canceled show to get picked up by another network or streaming service these days. And The OA creators had plans for up to five seasons of story before being canceled.

“They’ve got all five seasons mapped out in their head,” Jason Isaacs said to RadioTimes.com. “Everybody will be rewarded by the time we reach the end of the journey.”

And we know that Kingsley Ben-Adir knows what will happen. “I know where it’s going in the next season, which is nuts! Like, unimaginable,” he said in the same interview. “You think it goes there, but then it goes [starts pointing frantically] there and there and then there!”

All of The OA is streaming now on Netflix.