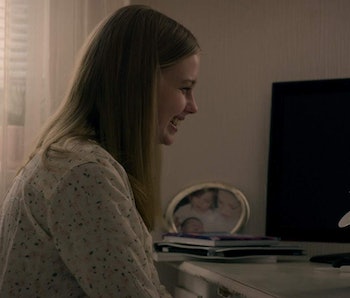 This article about Season 5 of the anthology series Black Mirror was originally published on May 22, 2019 and updated on May 14, 2021 following the release of the season on Netflix. Read on for the original article, with some new changes to reflect the latest updates on this topic.

Black Mirror is back with a new batch of episodes! In between Season 4, which landed on Netflix in December 2017, and Season 5, fans were treated to the interactive (and thoroughly unnerving) movie Bandersnatch. It was all well and good trying clicking through and deciding the fates of different characters in an alternate ‘80s world that talked about the pros and cons of free will, but fans are hungry for more!

Luckily, they got it in 2019, with three more tales of the terrifying side effects of our technology obsession. Here’s everything we know about Black Mirror Season 5, including the release date, cast, plot details, and whether a Season 6 is in the cards.

When was the Black Mirror Season 5 release date?

In addition to the release of the Season 5 trailer in May 2019, Variety reported Season 5’s release date would be Wednesday, June 5, 2019.

Originally, fans believed a now-deleted tweet from verified account @NXonNetflix with a release date of December 28, 2018, for Black Mirror: Bandersnatch revealed the Season 5 release date. However, that turned out to be the date for Black Mirror’s interactive movie Bandersnatch, much like the standalone episode, “White Christmas,” which was released on December 16, 2014.

The reason for the delay between Bandersnatch and the rest of Season 5 was the massive undertaking it took to create a choose-your-own-adventure narrative for a streaming platform. More complex than a typical Black Mirror episode, Bandersnatch featured multiple endings and allowed users to make multiple choices that led them down different paths throughout the film.

At the time, creator and writer Charlie Brooker admitted to The Hollywood Reporter that they “underestimated” how “difficult and challenging and more complicated” the film would be.

Executive producer Annabel Jones echoed this, telling THR that “there’s so much content and not reflected in the content is the craftsmanship, and what you have to take out to make the world exist — or feel as if it does exist in one cohesive world. So it did take an enormous amount of time, and as a result, then season five sort of gets shifted back a little bit.”

Is there a trailer for Black Mirror Season 5?

Yes! An official trailer for Black Mirror Season 5 dropped in May 2019.

How many episodes were in Black Mirror Season 5?

Season 5 contained only three episodes. This is the first time since Season 1 that a Black Mirror season has been 3 episodes long (it’s unclear if Bandersnatch is officially considered part of Season 5 or is truly a standalone episode).

What are the plots of Black Mirror Season 5?

“Striking Vipers” tells the story of Danny (Mackie) and Theo (Abdul-Mateen II), old friends. The latter shows off the titular video game they used to play together, now updated to be in full virtual reality. But inside the polygons of the game, the two men will discover brand new things about each other and their years-long relationship.

In “Smithereens,” a rideshare driver (Scott) abducts an intern who works at the social media conglomerate Smithereen. From there, a tense standoff occurs between him and the police, as he tries to contact the company’s CEO (Topher Grace) and talk through his own dark history with the app.

"Rachel, Jack and Ashley Too" stars Cyrus as pop star Ashley O. An attempt to rebel against her management puts her in a coma. It is felt by the Ashley Too doll, a robotic toy made with the consciousness of the singer. Now the toy’s owners Rachel (Rice) and her older sister Jack (Madison Davenport), must help Ashley Too find and save the original’s life.

Are any Season 5 episodes sequels to previous Black Mirror episodes?

No episodes in Season 5 are direct sequels to previous Black Mirror installments. However, eagle-eyed viewers have noted that the “Tuckersoft” game company from Bandersnatch does make an appearance in “Striking Vipers.”

There was a rumor in November 2018 that we could be getting sequel episodes to both the “White Bear” and “San Junipero” episodes from Seasons 2 and 3, respectively. Brooker denied that rumor on Twitter, though his response and the original tweet were since deleted.

Will there be a Black Mirror Season 6?

Despite the popularity of Black Mirror, especially since its arrival on Netflix, it may be a considerable amount of time before we get any news about Season 6. When asked about the possibility of a new season by RadioTimes, Charlie Brooker replied, “I’ve been busy, doing things. I don’t know what I can say about what I’m doing and not doing. At the moment, I don’t know what stomach there would be for stories about societies falling apart, so I’m not working away on one of those. I’m sort of keen to revisit my comic skill set, so I’ve been writing scripts aimed at making myself laugh.” And considering how much Black Mirror is linked to Brooker at this point, it’s safe to say Netflix won’t move forward with any Season 6 without his consent.

Black Mirror Season 5 is now available to stream on Netflix.