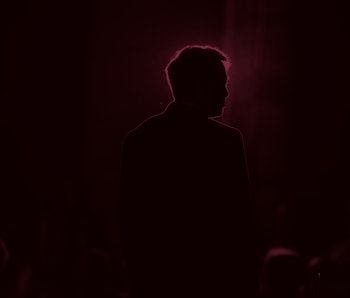 Here’s how it goes: Elon Musk says something very brash and people freak out. Sometimes he fully delivers, sometimes he fully whiffs it, and sometimes he lands somewhere in the middle. As coronavirus radically alters society, Musk has changed too: he has positioned himself as the face of resistance against measures put in place to slow the spread of the virus.

What all the posturing on Twitter has done for Musk isn’t quite clear: the Alameda County Public Health Department announced on Twitter early Wednesday that Tesla’s Fremont plant will be allowed “to augment their Minimum Business Operations this week in preparation for possible reopening as soon as next week.” The statement cites the company’s comprehensive safety plan, although these plans have been shown to be easier to write than fully implement.

While other car companies, like Ford, have had multiple plants left off May 18 restart dates, Tesla is now joining the restart party. And with that, the dispute between Musk and the Alameda County Public Health Department could vanish as soon as it appeared, dozens of tweets later.

Or not. Unlike other CEOs under fire during this world-changing moment, like Jeff Bezos of Amazon and Rodney McMullen of Kroger, Musk has deeply personalized this feud. He’s tweeted out the “Star Spangled Banner,” solemnly declared he will get arrested, and earned the glowing attention of two mainstays of the American conservative movement, President Trump and Wall Street Journal opinion section, which called him a one-man ACLU.

Although the political turn is a new twist, this grandstanding won’t surprise those any who have followed Musk’s career, which has been built on smashing barriers and challenging assumptions, for better or worse. To better understand what Musk’s possible political turn might look like, here are three pivotal fights from the SpaceX, Tesla, Boring Company, and Neuralink CEO.

The big victory — The first few years of the 2010s at SpaceX were marked by rapid growth: a company that had “nearly 900” employees in 2010 expanded to 3,800 by 2013. The company was earning positive press and paychecks through its successful handling of NASA’s Commercial Orbital Transportation Services (COTS) transports, ferrying scientific equipment back and forth from the International Space Station.

This was not enough for Musk. For years, he had his sights set on military contracts, known as Evolved Expendable Launch Vehicle (EELV) launch systems. Developed by the Air Force in the '90s, the EELV program was meant to give the military independent space launch capabilities outside of NASA. And for years, the military gave its contracts to two well-known entities in the world of defense spending: Boeing and Lockheed-Martin. These two companies had the market to themselves, so much so that in 2003 they agreed to stop their constant oneupmanship and form a single, space-focused company—United Launch Alliance (ULA).

Who would challenge the Air Force? Decades of tradition? Elon Musk.

After founding SpaceX in 2003, Musk quickly realized that ULA would be a serious competitor, and in 2006 tried to sue to break up the duopoly. His claims were rejected, somewhat embarrassingly, by a U.S District Court which ruled that SpaceX “is not yet ready to compete with the [ULA] in the EELV market. Because it lacks such readiness, its speculative claims regarding future harm are not ripe.”

In 2014, though, Musk was ready. He went on a full-court press in Washington in March, citing SpaceX’s ability to produce rockets cheaper than ULA, and how the company didn’t need to rely on Russian-built parts. He was quick with jabs that infuriated opponents: after a ULA-friendly senator described how a SpaceX mission had lost a satellite, Musk replied with a smile that “by ULA’s definition of success, that mission was perfect.”

With the old guard stirred up, Musk upped the ante: a month after the contentious hearing, SpaceX filed a formal bid protest against the Air Force, saying that the company would ““will lose the opportunity to compete for and win hundreds of millions of dollars of business” due to the “opaqueness” of the EELV contracts.

The move paid off. Come January 2015, the SpaceX and the Air Force settled. Competition opened up. Now SpaceX makes hundreds of millions of dollars on Air Force contracts.

The big whiff — Musk has faced countless setbacks in his companies. These often fall along the lines of rocket explosions, missed production targets, car crashes. None of these have ever seemed to harm Musk’s reputation or professional career. As a profile looking at Musk’s successful defense in his “pedo guy” case was titled, it often seems like “Elon Musk Can’t Lose.”

And while Musk does seem to often wear suits coated in Teflon, that’s not always the case. A battle he fought and lost started on August 7, 2018, when he tweeted, without prompting, “Am considering taking Tesla private at $420. Funding secured.”

There's very little rhyme or reason to some of Musk's feuds.

Taking Tesla private would mean that the company was no longer publicly traded on the stock market, meaning that the company would no longer be responsible to shareholders. It would have been a major change in how the company functioned, the type of thing that the Securities and Exchange Commission, which is in charge of regulating stocks. And it caught Tesla’s board of directors totally off-guard.

The fallout was a war of words—Musk swore up and down that he had done nothing wrong, saying that he had been in talks with the Saudi Arabian government’s sovereign wealth fund for taking the company private. But the SEC alleged that he came up with the $420 number to make his girlfriend, the artist Claire Boucher who goes by the stage name Grimes, laugh. It was later confirmed that the Saudi fund had indeed invested heavily in Tesla, but it had bought a “3 to 5 percent stake,” far different than funding the entire company.

Neither the SEC nor the Tesla board thought the incident — which also came amidst his smoking weed on Joe Rogan’s podcast — was terribly funny. While there was pressure to remove Musk as CEO of the company, where he was widely held as its chief visionary, a settlement with the SEC was reached to remove him as chairman of the board instead. He was also fined $20 million.

The whole incident was embarrassing, but it hasn’t exactly sent Tesla or Musk back to the drawing board. By all accounts in the last several years, holds powerful sway over the board, which includes his brother Kimbal. And his tweeting, as anyone can see, remains incendiary. In fact, on May 1, 2020, he showed that he was still willing to tweet about how the car company’s overall valuation, claiming that its stock was “too high imo.” It sent the stock price tumbling. It remains to be seen if any regulatory response will come of that.

A mixed bag — Musk has, several times, offered to help in moments of great crisis when nobody has asked him. Perhaps most famous of these is what led to the “pedo guy” lawsuit, where he called Vernon Unsworth, a British man living in Thailand who helped rescue a group of boys trapped in a cave, a pedophile for criticizing his idea of building a tiny submarine to help the effort. Unsworth sued for defamation, and instead of settling for an undisclosed sum like most billionaires might, Musk chose to fight.

Surprising many, he prevailed in court. But it was a pyrrhic victory — Musk was forced to admit that he had hired a private investigator to look into Unsworth, that he had emailed Buzzfeed News calling Unsworth a "child rapist," and apologized on the witness stand for the entire affair. So it was a win, but he didn't come out great.

The entire submarine incident is worth recalling. Despite testing the submarine in America, it was deemed “not practical” on the ground. Thai officials made sure to praise Musk’s effort, with prime minister Prayut Chan-O-Cha saying he was “personally touched.”

A similar situation emerged this year during coronavirus when Musk pledged that he would use Tesla’s engineering prowess to develop ventilators for those suffering the worst effects of Covid-19. The company soon admitted that they were unprepared to make such a sudden engineering transition, which is not anyone’s fault as much as it is an overpromise. On March 23, Musk claimed that he had purchased ventilators from China that he would redistribute across hospitals in America. This turned out to be less-than-true, delivering devices that were mainly used for sleep apnea, a less serious condition than Covid-19.

But even if Musk did not prove to be Johnny Ventilatorseed, his machines served a purpose — med students were able to reconfigure them into machines for patients who weren’t facing Covid-19 at its worst, freeing up ventilators.

No harm done, overall. So why not just admit it? Why not say, “I was unable to get high-end ventilators, but these could help”? Only Elon Musk knows — but it’s telling that nobody has been able to steal headlines in this moment of crisis like him.

More like this
Science
5.22.2022 1:00 PM
10 years ago, one SpaceX launch showed NASA they could work with Elon Musk
By Allie Hutchison
Innovation
5.16.2022 9:00 PM
Boeing’s Starliner spacecraft takes another shot at the International Space Station
By Claire Cameron
Culture
20 hours ago
In 1976, one technical innovation changed video games forever — and sparked a crisis
By Claire Cameron
Related Tags
Share: