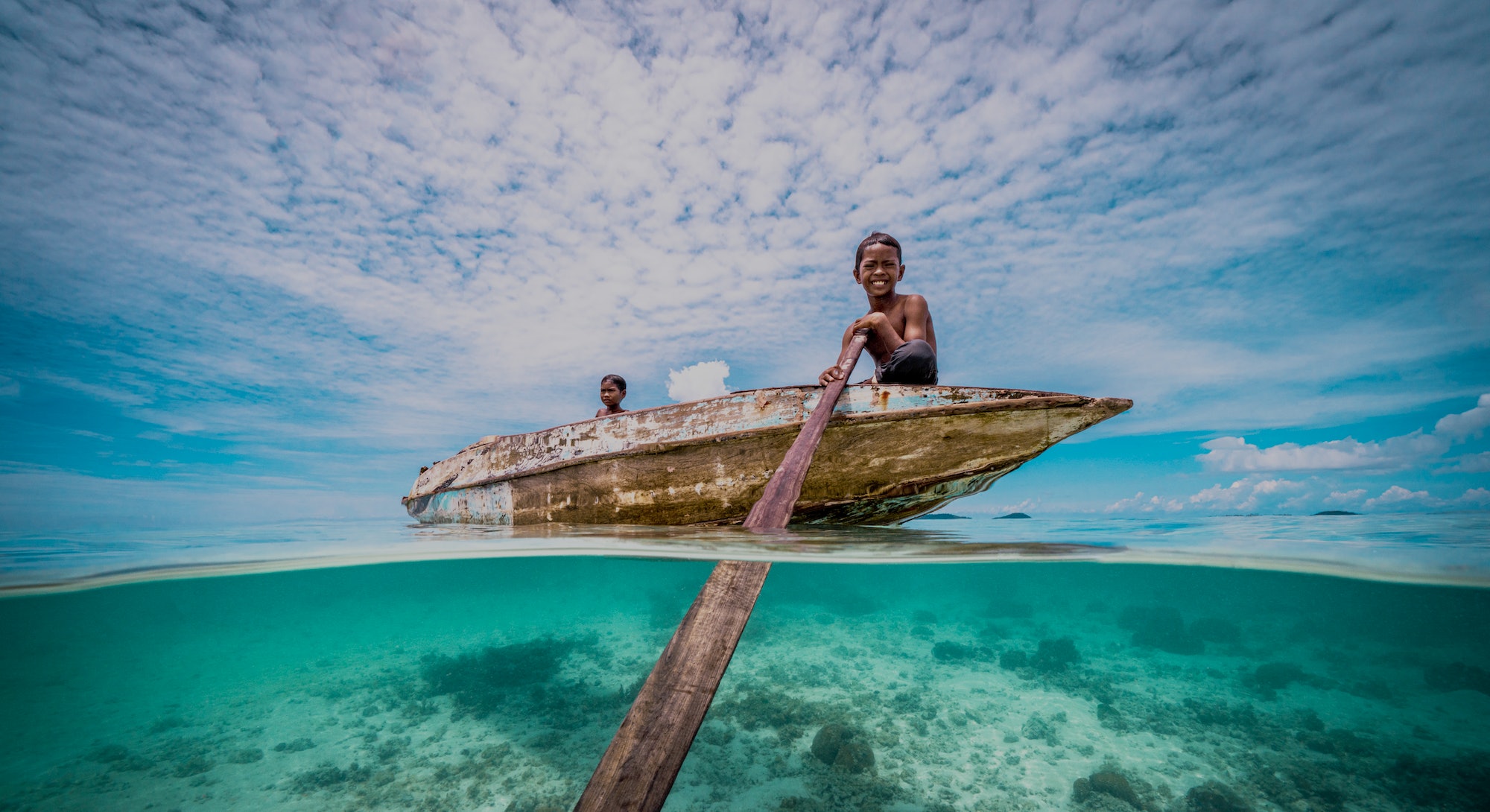 Hawai’iloa was a fisherman who got lost and discovered paradise.

According to some accounts, he sailed from his homeland on a fishing trip but instead found the islands Hawai’i, Kaua’i, O’ahu, and Maui — the latter three named after his children.

Hawai’iloa’s story is just one epic that intertwines the peopling of this part of the world, Polynesia.

The waves of time, and the legacy of European colonialism, have obscured the truth of Polynesian islanders’ oral histories. Until now.

Scientists are using ground-breaking methods to study the genetic material of Pacific Islanders to retrace those ancient ocean voyages. In doing so, they are confirming the veracity of origin stories like that of Hawai’iloa.

Keolu Fox, a geneticist at the University of California San Diego, tells Inverse that these discoveries are helping scientists understand the story of how those islands came to be populated by people. Fox says it’s “far more dynamic and complex” than we ever thought.

The co-founder of the Indigenous Futures Institute, Fox is Native Hawaiian and the co-author of a new study describing the results published in September in Nature.

The discovery — Fox and his team collected DNA samples from 430 individuals hailing from 21 Pacific island populations and looked at the unique combinations of the proteins adenine, thymine, cytosine, and guanine within their DNA strands.

From here, geneticists like Fox can discover historical and ancestral patterns, including “founder effects,” which are genetic traits preserved in the DNA of modern individuals who are directly descended from a specific group of people.

Between 4,000 and 5,000 years ago, a group departed Taiwan and began the multi-millennium, multi-generational journey across the world’s oldest ocean, starting with Micronesia and Melanesia.

Genetic “founder effects” in modern Pacific Islanders then draw the ancient path onward, from what is now Samoa starting around the year 830 A.D. The genetic trail shows humans then settled Rarotonga (the Cook Islands) and the Tōtaiete mā Islands (Society Islands) by the 11th century. A century later, some travelers from Rarotonga went on to the Tuha’a Pae (western Austral) Islands and the Tuāmotu Archipelago.

The final leg of the trail leads to the “megalithic statue-building cultures of the Marquesas (Te Henua ‘Enana) Islands in the north, Raivavae in the south, and Easter Island (Rapa Nui), the easternmost of the Polynesian islands, settled in approximately 1200 [A.D.],” the study finds. But Fox says the genetic evidence documenting these voyages is incomplete.

“This is a rough estimate using genomics information, a new series of methods… and doesn’t speak to the complexity that we might be able to achieve in the future,” he adds.

Why this discovery moves the science forward — The study attempts to address “one of the major problems in our field,” co-author and population geneticist Andres Moreno-Estrada tells Inverse, referring to the lack of genetic data from non-European populations. Moreno-Estrada’s research focuses on the genomics of people from underrepresented populations across the globe, especially within Latin America.

The findings come with some sobering implications. Modern Polynesians’ DNA reveals sharp decreases in their ancestors’ populations due to contact with European colonists and the diseases they brought with them.

“Those have shaped the genome of contemporary Pacific Island populations like nothing else,” Fox says.

In turn, this knowledge has the power to inform how biomedical researchers design medicines to help these communities in the future, Fox says. Clinical trials almost exclusively include people of European ancestry, so certain modern medicines may be less effective at treating diseases in Pacific Islanders than we realize.

HOW TO VISIT Polynesia

Polynesia is a network of islands, including the Hawaii islands. Flights from Los Angeles to Honolulu airport on Hawai’i last five and a half hours.

Ancient Polynesian explorers spent weeks and months at sea centuries ago to make similar journeys. It was worth it for them — and it is for today’s travelers, too.

Go with travel businesses operated by native Hawaiians if you can. The Native Hawaiian Hospitality Association can help you find one.

Tourists looking to visit another corner of Polynesia might be interested in one of several tours offered by Māori Tourism in New Zealand.

How to explore the Pacific Islands

One of the best ways to experience the Pacific Islands and learn more about Pacific Islanders’ navigation strategies is to book a trip with the Polynesian Voyaging Society based in Honolulu, Hawaii.

Local navigators like Kaʻiulani Murphy, a member of the Society, run tours and teach participants about traditional celestial navigation, handed down through generations of Pacific Island communities.

And if you are interested in bringing home some seafaring swag, opt for clothing from Kealopiko.

Summer is the most expensive and most crowded season in parts of Polynesia. Going to the islands during the “off-season” may offer a more welcome respite and travel experience.

Polynesia is a region in the central south Pacific Ocean that includes Samoa, Hawaii, Aotearoa (New Zealand), Rarotonga (the Cook Islands), Tahiti, and more. The islands are very close to the equator, and the climate is tropical, so bring rain gear.

Why science tourists should visit the Pacific Islands

Before these geneticists sought to bring science and history together, archaeologists and linguists had already learned quite a bit about the migration paths of people across the Pacific.

But some western researchers thought that the peopling of certain islands like Rapa Nui (Easter Island) must have begun from the Americas because they couldn’t conceive of another possible route that humans could successfully take across such grand oceanic expanses.

These ancient peoples’ navigation techniques are one of humanity’s most significant accomplishments. Polynesians learned a plethora of scientific knowledge to complete these journeys. The flight patterns of certain seabirds, cloud formations, and cosmic cues from stars lit their way — not a compass or map.

VOYAGER RATING: 🛶🛶🛶🛶🛶🛶🛶🛶/10. An epic eight canoes out of ten. In other words, if you can travel to this distinct and richly historical part of the world, follow these ancient explorers’ lead and don’t look back.

WORLDVIEW is an Inverse travel series that uncovers hidden history.

Editor’s note: The original version of this article had a typo in the name of Hawai’iloa. We apologize for the error.