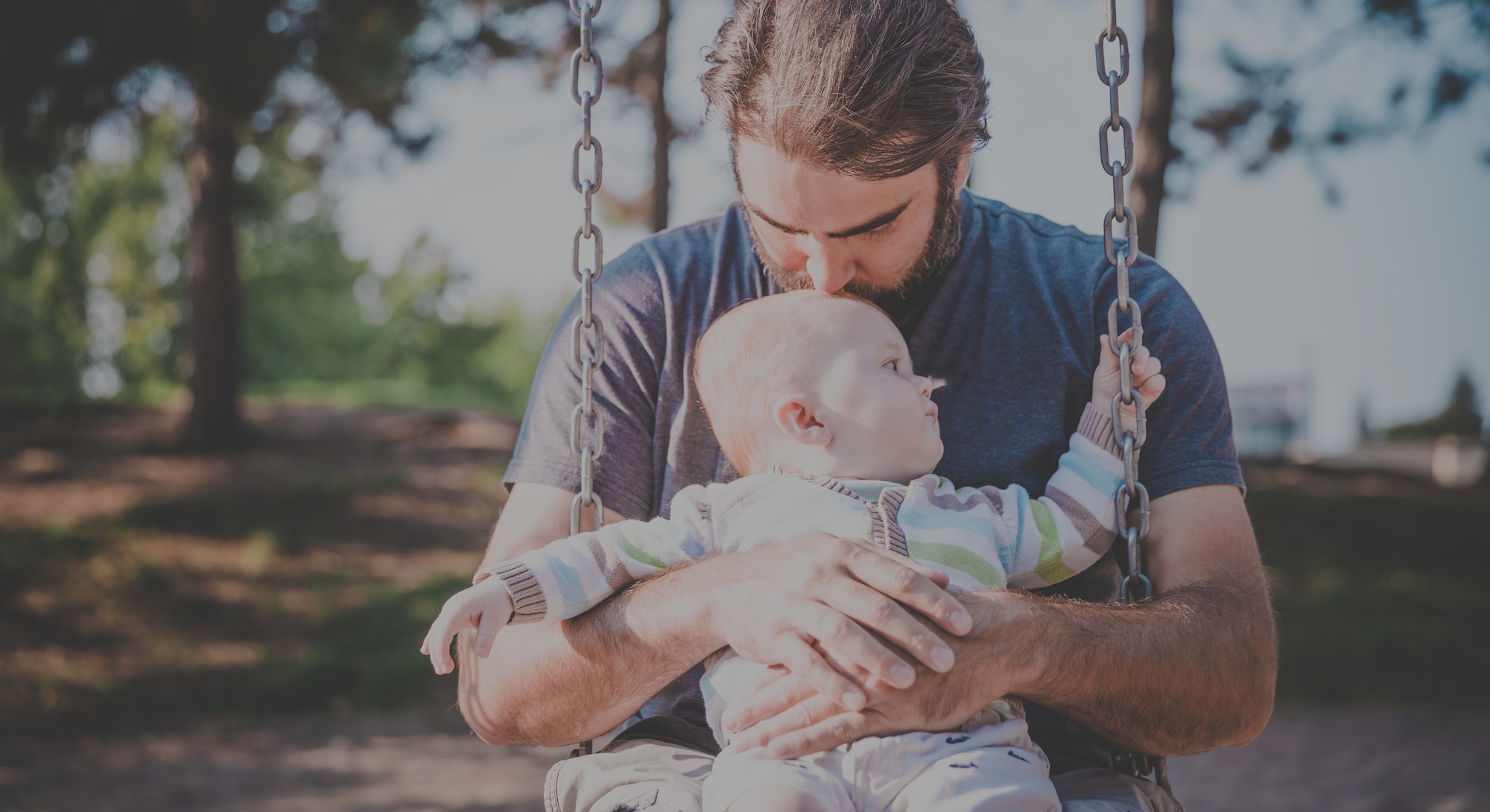 Geoff Lott remembers the gridlocked freeway, the slate-grey sky over Seattle, and the feeling that something was off. He was heading home from his new gig to his newborn (and his wife and his two-year-old) and thinking about his bed.

The thought was so clear and strange and disturbing to Geoff that he decided to track it to its source. He was exhausted — earlier that week he’d booked a conference room just to take a nap — but this thought wasn’t just about being tired. He called a friend who was a mental health counselor and explained what was going on. The friend directed him to an online depression screening tool, and thirteen questions into a fifteen-question test, Geoff knew what was going on.

This is an excerpt from Fatherhood: A Comprehensive Guide to Birth, Budgeting, Finding Flow, and Becoming a Happy Parent, Fatherly.com’s first parenting book from Harper Horizon’s, an imprint of Harper-Collins.

What he did not know, sitting in traffic in his gold 2000 Honda Accord, was just how common among new fathers the thoughts he was having actually are.

According to a 2010 study in the Journal of the American Medical Association, depression afflicts some 14 percent of new fathers after the birth of a child.1 But that figure is likely low. According to a 2017 Swedish study surveying 447 new fathers, a full 27 percent reported depression. Of those afflicted, more than 75 percent said they kept the feelings to themselves. So there are, in short, many men like Geoff who suffer in silence — a biological problem being amplified by cultural norms.

The cultural reasons are at least understandable. Birth is a mom-centric life event and much has rightly been linked to the issue of postpartum depression, which affects some 15 percent of new mothers. Postpartum depression seems to garner so much coverage because it feels so antithetical to the cultural narrative we inherit about women and motherhood as the ultimate fulfillment of their womanly potential.

The rhetorical battle over who can and should be depressed after birth, and what that depression should look like, has led to scholarly discussion of whether postpartum depression in men should be recognized as a specific condition.

To help clear things up, some researchers have begun testing emotionally dysregulated new fathers against the Edinburgh Postnatal Depression Scale (EPDS), developed in the United Kingdom in 1987 to screen mothers. The ten-question survey queries the frequency of emotional states with questions like “I have been so unhappy that I have been crying.”

The problem is that men experience depression differently than women. For instance, men are less likely than women to be weepy and far more likely to simply stop experiencing meaningful emotions altogether. Depressed men often engage in risky behavior in an effort to feel something. Depressed women — and this is a broad generalization — are already feeling something.

As mental healthcare has been very slowly normalized over the last few decades and more fathers have come forward about their mental health issues, more researchers have sought biological triggers.

Emory University professor of anthropology, psychiatry, and behavioral sciences James K. Rilling has spent the last seven years of his career looking into the biological shifts men experience in the transition to fatherhood. Using a combination of magnetic imaging, hormone testing, and interviews, he has worked to develop a snapshot of the male body after fatherhood.

“When men become involved fathers, their testosterone decreases,” Rilling explains. “That has a lot of different consequences. Part of that is being able to interact with an infant in a more sensitive and empathic way — in a way that you’re less likely to be frustrated and lose your temper.”

In other words, the testosterone shift could be adaptive. One clue is that this dynamic also tends to occur in the small number of mammalian species that develop co-parenting relationships. Researchers studying creatures like the male Mongolian gerbil, for instance, believe that the shift in hormones that occurs after the birth of the monogamous rodent’s pups allows it to engage in nurturing behaviors. That’s important because parenting baby gerbils requires a different set of skills than tracking down the perfect lady gerbil with whom to make the babies. Whereas coupling may require strength and sometimes aggression, those traits can be dangerous when raising young.

The downside, of course, is that sometimes the Mongolian gerbil just wants to watch Seinfeld reruns and not talk to anyone, which is pretty alienating to both his gerbil family and his gerbil friends, who were hoping that he’d still be part of their lives post-baby. Also, his testicles shrink.

So just like life itself, dad depression goes back to the balls.

In 2013, Rilling (who is unfortunately not available for kids’ birthday parties) ran a study to see whether new fathers’ testicle size was correlated with their reported parenting ability. Using an MRI and some serious pick-up artist skills, Rilling was able to demonstrate that, as hypothesized, the smaller-testicled man had partners who described them as an involved father.

Moreover, their heads lit up like those of involved fathers should. “We scanned the brains of these men while they were looking at pictures of their toddlers, and we found men with smaller testes had stronger responses to viewing a picture of their child within neural systems we know are associated with parental motivation and reward,” Rilling notes.

The reason? Animals invested in mating produce more testosterone, which in turn increases the amount of semen produced, resulting in larger testicles. Animals investing in caring for young rather than producing them tend to save energy by limiting hormonal production.6 Smaller balls don’t cause better parenting, but strangely enough one can say that parenting—at least in the evolutionary sense — causes smaller balls.

But it’s not always helpful to compare human males to animals. For one thing, gerbils are even less fazed by cultural norms than your average suburban dad. For another, human behavior is far less hormonally determined. We might not be totally free, but the leash is long. Which is why all this focus on testosterone is more instructive than it is helpful.

Most men don’t know the status of their testosterone without some sort of test (and, no, you can’t just measure your balls), which is the last thing on anyone’s mind during the first weeks of parenthood. And even if a new father does know his testosterone level, he’s ac- counted for only one factor — and very few doctors will recommend taking supplements.

On top of that, he was contending with starting his new work role and was unable to take any leave time. He was back at work within a week of his child being born. Plus, between the demands of his work and home life, the bulk of his self-care amounted to walking from the parking lot to work in the morning and then back to the parking lot at the end of the day.

Researchers have found that some of these types of difficulties can be ameliorated by the creation of strong familial bonds. But, like Geoff, most American men have to get back to work very quickly after the birth of their children. This lack of institutional support leads to a disconnect at home and at work. New dads wind up in a daze, feeling every bit the depressed Mongolian gerbil they’ve become.

“Most men have the capacity to be involved in direct caregiving,” Rilling says. “But how society is structured determines whether or not that’s realized.”

Not all problems have clear and easy solutions. Dad depression will remain common. The only real comfort there is that it’s unlikely to become chronic. It’s an undersung sacrifice men make for their families, but it’s far from the last.