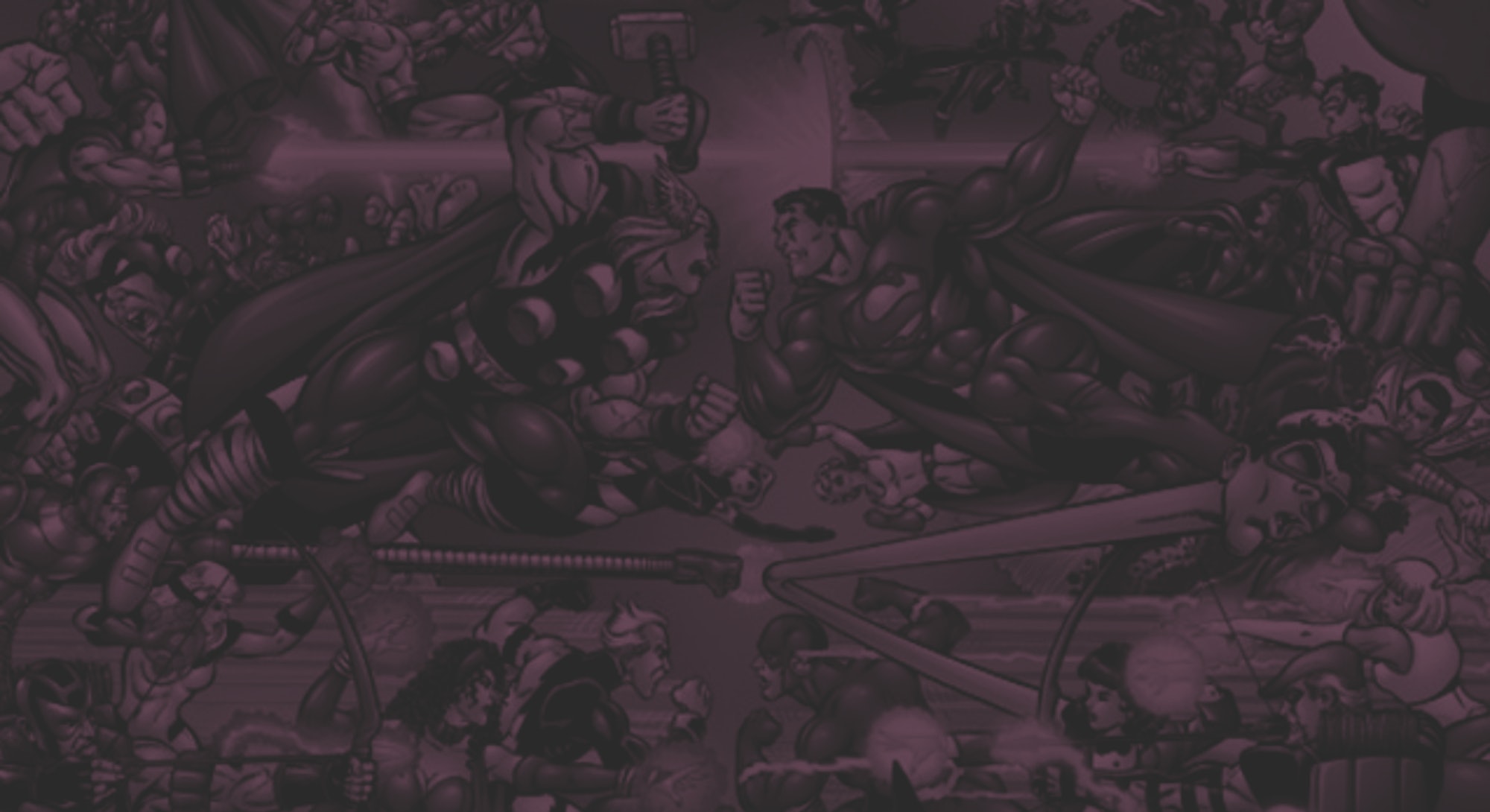 Modern pop culture has turned epic comic book events into mainstream entertainment by translating those stories into movies and television — be it Avengers: Endgame or DC’s Crisis on Infinite Earths.

But in the heart of the ‘90s, it really was about the comics themselves. Both Marvel and DC Comics were experiencing the highest sales the industry has ever seen in the early part of the decade, but what happens when sales start to decline? The answer was an unlikely team-up.

DC vs. Marvel (or Marvel vs. DC for half of its run) came about at a time when both companies were coming off the highest of highs. The early ‘90s were an absolutely explosive time for the comics industry, driven in large part by big events such as the Death of Superman, as well as the speculator market, with people assuming copies of key books would eventually be paying for their kids' college tuition. When that bubble started to burst, the two rivals turned to one another in an attempt to salvage the situation with a gigantic crossover. This bold four-issue book would pit the heroes from both universes against one another for the first time ever. Sure, Superman vs. The Amazing Spider-Man had seen the streams cross before, but not in a universe-sprawling, monumental battle. This was different. This was big.

The crossover was the product of rare cooperation between the two top dogs in the industry. The end result was an epic crossover that spanned four oversized issues and, for better or for worse, was just about everything we’ve come to expect from big superhero events. It was dense. It moved at a blistering pace. It was alienating to anyone who didn’t keep up with the dense storylines the individual heroes were going through at the time. It was the perfect encapsulation of the excess of mainstream comic books in the 90s. To top it all off, fans even had a say in how some of these battles would turn out, determining the “winner” once and for all of the Marvel/DC rivalry by ballot.

The story itself is pretty convoluted, mostly out of necessity, as a reason for these disparate universes colliding needed to be provided. Two god-like beings (the Living Tribunal and the Spectre) become aware of one another’s existence and, wouldn’t you know it? They decide to challenge one another to a duel of sorts, using the heroes from each respective universe as pawns. The brothers are intended to be embodiments of both universes, with the Living Tribunal representing Marvel and the Spectre DC. Let them fight, as it were.

The stakes were high at the outset: the loser’s universe would be erased. That was never going to happen, but comics at least need to have a hook. Even with a huge, universe-colliding plot at its center, the issues truly do focus almost exclusively on counterparts from each universe duking it out. The universes mash together and various characters are transported from one dimension to another. Chaos ensues. J. Jonah Jameson is working with Clark Kent and Lois Lane. Jubilee and Robin have a whirlwind romance. The amount of little universe-shattering interactions such as these that are crammed into the issues is on the one hand admirable and on the other almost dizzying. It moves intensely fast. It’s downright chaotic, with the reader hardly having time to catch up with Thanos fighting Darkseid before moving on to the next fight.

While dozens of fights are depicted, 11 main character-vs-character bouts would determine the “winner:”

The final five were voted on by readers and the lynchpin was Storm vs. Wonder Woman as that was the only one that DC and Marvel didn’t really have enough hard data on to figure out how readers would vote. In the end, Storm emerged victorious, giving Marvel the edge having won six of the fights. Aquaman, Elektra, Flash, Robin, Silver Surfer, Thor, Wolverine, Superman, Spider-Man, and Batman also won their individual scraps.

Ultimately, Batman, Captain America, and a character named Access to intervene in this battle between godlike figures, with the brothers realizing that these two heroes and their stories are not unlike themselves. The Living Tribunal and the Spectre relent and decide to restore the universes as they were, rendering the biggest stakes of the crossover meaningless. But what remained was a seed planted in the final issue, with the Amalgam universe emerging.

This brief, bizarre crossover results when the two universes become one for a brief period in the crossover. It inspired several characters, such as Dr. Strange Fate (a mash-up of Doctor Strange and Doctor Fate) that would become one-off books in further collaboration between the publishers. Unfortunately, that would prove to be short-lived.

Messy, thrilling, seemingly impossible, and a true, blue pop culture event decades in the making, DC vs. Marvel showcased the absolute limits of collaboration between two gigantic corporations in an era just before Hollywood realized how valuable these properties could be. It required a ton of homework for the average reader to fully understand while, at the same time, working just fine for the kind of reader content to get to the meat on these bones without asking too many questions. Why was Spider-Man talking about being a clone? Did it really matter?

Imperfect though it may have been, this was likely the last time that DC and Marvel would collaborate in this way. While JLA/Avengers would eventually follow, it was more of lower-stakes a team-up than a versus situation. This gargantuan crossover was singular and, most importantly, only came about because it was mutually beneficial at that moment. These companies more closely resemble enemies than they do friends and, in that way, DC vs. Marvel is a perfect encapsulation of this age-old rivalry now on the biggest of big stages.

Some fans may wonder: What might it take to make something like this happen on the big screen? For the time being, the Marvel Cinematic Universe is the most dominant force in all of entertainment, while DC is still trying to find a cohesive creative direction with its universe (or perhaps just give in to Joker-style anarchy). As it stands, the two entities (ultimately owned by Disney and Warner Bros.) have no need or desire to help one another succeed at the box office. But if the superhero movie bubble ever pops much like comics in the mid-90s? Well, who knows? Never say never.