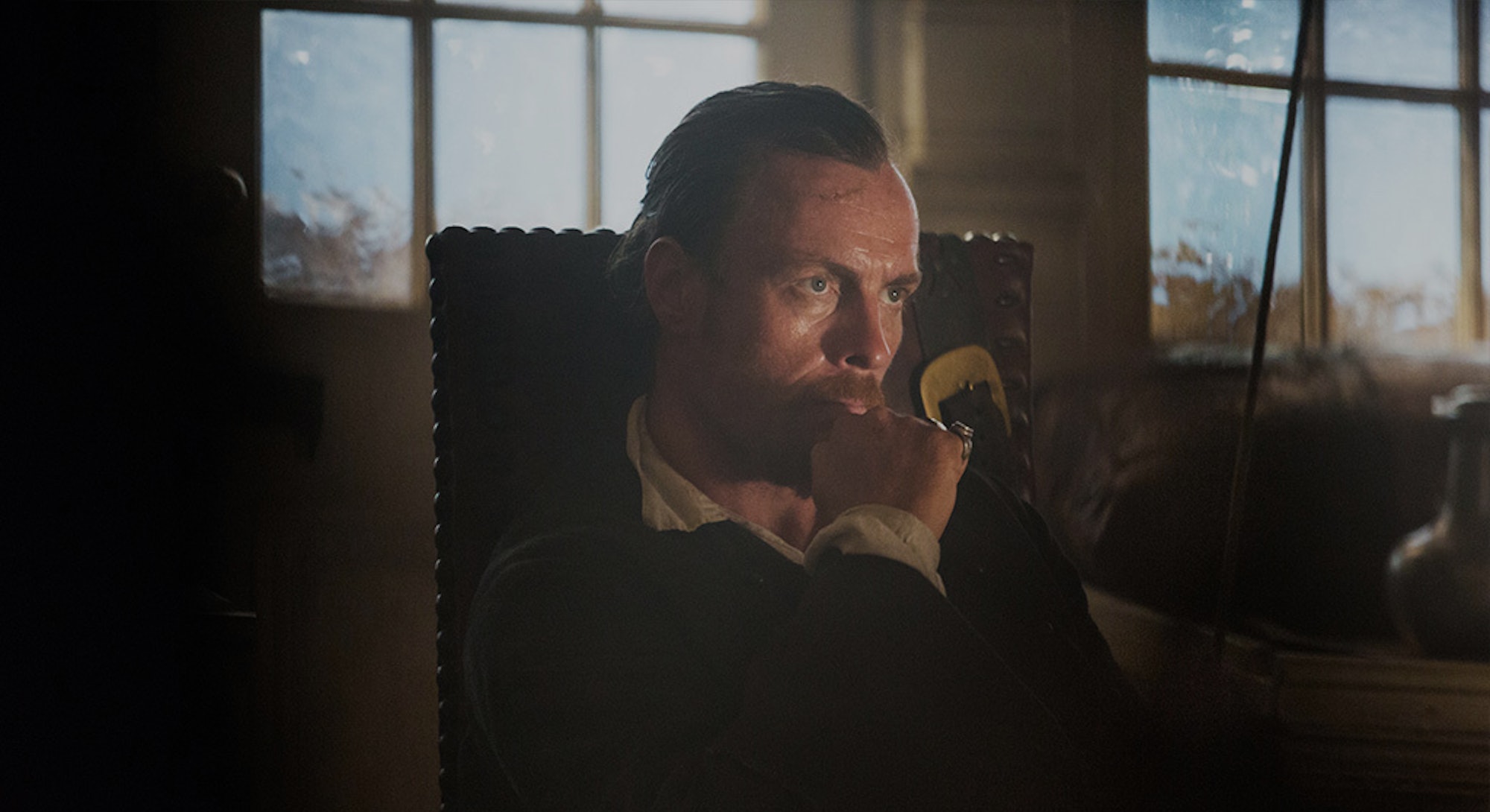 You think of TV in 2015 and you think of bold, memorable characters: Game of Thrones’ Jon Snow finally came into his own; Jessica Jones redefined the female superhero; The Leftovers’ Patti Levin took the concept of haunting to the next level. But in the crowd of this year’s great TV characters, there is a clear king, and it’s one who isn’t getting nearly enough attention: Captain Flint on gritty pirate drama Black Sails.

Picture this: Captain Flint a steely-eyed pirate captain who plays his cards close to his chest. When his crew grows tired of following a leader they distrust, they mutiny. In a show of good faith, Flint advises his usurper — the crew’s self-elected new captain — how to capture a merchant ship. Flint tells him not to act, as they don’t have enough manpower; but he phrases it in a manner that suggests not capturing the ship would cause the crew to question his competency. Predictably, the new captain disregards Flint’s advice and moves. When the mission goes horribly awry and several crew members die, the crew turns to Flint once more, recognizing that although they might not like the guy, he’s a hell of a pirate. The short-lived new captain accuses Flint of purposefully setting him up for failure — even if it means banking on the deaths of several of their own. “But what kind of man would do that?” he asks.

A devious, cunning, complex, maddening, tragic, fascinating man. That’s who would do that.

Black Sails had a slow-burn first season with an emphasis on the slow — and as a result, too few people noticed when its second season fixed all its freshman mistakes, tightened up storytelling, and presented the most intriguing television character of 2015. If you’re not watching Black Sails, go look at your life and look at your choices. If you are watching, you know that Captain Flint, played by Toby Stephens, is a complicated guy.

In Season 1, we see him as shrewd and calculating. He’s more educated than the average pirate, though he’s also not afraid to get his hands dirty or show his unabashed thirst for power.

Between the murders and the scheming, he’s not objectively easy to root for, but he simmers with a quiet intensity that anchors the viewer. Still, so far, so average: He doesn’t particularly stand out from the crop of gruff antiheroes with furrowed brows and thousand-league stares — Don Draper, Jamie Lannister, Jax Teller, Walter White, Daryl Dixon. But then came Black Sails’ second season, which moved Captain Flint from the category of averagely intriguing to fascinating for one simple reason: It unveiled him as television’s most nuanced, complex, badass gay character since The Wire’s Omar.

To be clear, it’s not his sexuality that makes him fascinating. The reveal does not define him, nor does it affect his behavior moving forward. He also probably doesn’t think of himself as gay; as he’s romantically loved just one man and platonically-with-benefits loved one woman (did we mention he’s a complicated man?). He doesn’t exactly give a fuck about labels. But through a combination of strong writing and an even stronger performance, the reveal sheds light upon his motives, adds depth to his character, and enriches the entire show without fundamentally changing anything — and what else should a great character do?

At the beginning of Season 2, he manipulates his way out of a mutiny through a combination of sheer balls and Machiavellian deviousness. Even when his motives are unclear or he’s being a dick, he’s never anything but captivating. Stephens portrays him as a tightly coiled spring; every silent glance holds calculation and a deep-rooted simmering rage — and we never know what it takes to set him off.

As the season progresses, we begin learning about his past and exactly what it is that ignites his inner fire: Flashbacks reveal that the most feared pirate in all the seven seas used to be known as James McGraw, a respected officer in the British Royal Navy — until he fell in love with the lord he was working with. Their relationship is ill-fated as they’re discovered; his lover is institutionalized, and McGraw is cast out of society. The story could have easily turned trite at that point, waived off his motives as a desire to see his lost love’s vision come to fruition.

But Flint and the writers aim for a more nuanced space. A space where he doesn’t dwell upon his past with shame — this is no True Detective Paul Woodrugh scenario (and yet True Detective shamefully got far more airtime in internet chatter). His mantra with his lover is, in fact, “know no shame.” He’s become a pirate — a man England sees as a monster — because he’s furious at so-called “civilized” society for monstrously imploding his life, which they did because they, in turn, view his sexuality as monstrous. The show cleverly uses Flint’s lens to examine the concept of monstrosity in all its infinite facets — and the blurred line that divides it from civilization.

Blending the protagonist’s development so closely with a show’s central themes is a neat idea that could come across as heavy-handed if handled inelegantly. Luckily, Stephens and the writers are well aware, and it never comes across as less than organic. Flint’s grudge against polite society is not clean-cut; he doesn’t wear his assumed identity with ease.

By Season 2’s spectacular finale, when his slow-burn rage boils over and his assumed identity becomes his definitive persona, it surprises even his former adversary, Charles “stab first, talk later” Vane. It’s dramatic but feels earned, like any of the best character evolutions.

Other, more buzzed-about shows drown their gay characters in stereotypes: American Horror Story: Hotel; True Detective, or else they make their sexuality the primary component of their identity, like Game of Thrones does to Loras Tyrell. Captain Flint is revolutionary largely because of his sheer disinterest in being revolutionary. He belongs to a post-label world; one we’re still struggling to reach today, even though his is in the 1700s. And yet no part of his development feels forced or preachy or tacked-on. His depth actually elevates the first season, upon re-examination. This is how good Flint was in 2015: He forced a full assessment of history in and out of his show.