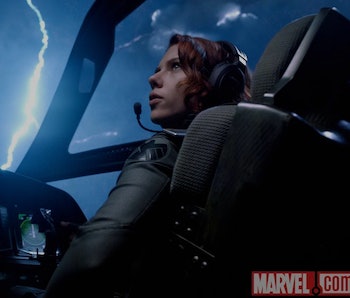 It’s been in the pipeline for some time that Universal is planning to piggyback off The Avengers formula of mixing one part dysfunctional group dynamic, two parts superpowers, and three parts money to reboot their old monster movie classics. But with the recent news that this is getting closer to actually happening — with Tom Cruise in talks to helm The Mummy — it’s high time somebody stops this madness. So we’re here to save the day and avenge the good name of Universal’s monster movies. Alternately, we’re just here to jeer with torches and pitchforks like any self-respecting mob of monster movie villagers. This is going to be terrible in a variety of ways.

The most recent take on the Frankenstein story is currently in theaters, with another scheduled to follow later in 2016. A Wolfman movie was just done five years ago. A Dracula movie came out two years ago, and didn’t do well because the public still has Vampire Fatigue and it will be a while before anybody cares about Dracula again. Van Helsing, too, came out not long ago.

This summer’s Fantastic Four fiasco showed the world — and presumably film studios — that absolutely no one is asking for reboots of films that came out less than ten years ago. Creatively, nobody wants to tread tired territory, and it doesn’t have a lucrative track record either — Dracula Untold had a meager domestic box office of $56 million, and I, Frankenstein was also a bomb. There’s no monetary or creative gain here. Universal, if you do this, you’re showing that you’ve learned nothing from previous Hollywood mistakes and you’re doomed to repeat the past: Have you learned nothing about fates and curses from your own movies?

If Universal insists on proceeding, the one thing that could save this flock of turkeys is excellent casting. Part of what made The Avengers work — aside from Joss Whedon’s inimitable hand with dialogue and group dynamics — is that every part is perfectly cast: Nobody could embody Tony Stark better than Robert Downey Jr, Chris Evans is Captain America, and Chris Hemsworth is basically a living, breathing Thor.

But with the recent news that bland and creepy Tom Cruise is the most likely contender for donning Rick O’Connell’s pyramid dust filled shoes in a reboot of The Mummy, the casting is looking highly dubious at best. You can’t name anyone more Thor than Chris Hemsworth or more Tony Stark than Robert Downey Jr, but we can easily name many other actors who would be better for the role than Cruise. Even if that wasn’t the case and Tom Cruise was okay, Brendan Fraser is the definitive Rick O’Connell in many a movie-goers mind.

And if they’re forging ahead with other monster movies, nobody can be Van Helsing better than Hugh Jackman. I stand by this amazingly ridiculous movie forever.

TV Does it Better

This year has already brought an unusually large array of old-timey monster movies — the gothic is having a comeback right now — and every time I see one, I think the same thing: “well, that would have seemed a lot better if Penny Dreadful didn’t exist.”

We’re in the Golden Age of TV, which also means that TV is light years ahead of movies in every capacity: quality, ingenuity, originality, complex storytelling. Penny Dreadful is one of the best shows out there — helmed by John Logan who wrote Gladiator and Skyfall, with one of the best casts — Eva Green, Timothy Dalton, Josh Hartnett, Harry Treadaway, Billie Piper. And it does far more with them than a movie would.

Take Josh Hartnett, for example. Aside from Lucky Number Slevin, can you name one movie he’s been memorable in? But Penny Dreadful lets him play a more complex and sinister figure, allowing him to give the most interesting performance of his career.

Performances aside, Penny Dreadful is also superior in the narrative twists and turns it takes. To tell you where Hartnett’s or Eva Green’s characters go would be spoilers, but Penny Dreadful covers the Frankenstein story in a unique way that makes cinematic versions pale by comparison. Dracula, the Wolfman, Frankenstein: if TV is doing all these things better, why should the public shell out $15 for a tamer imitation on a movie screen? This show makes any other dalliance with Universal Monster fare look like child’s play in comparison.

There is no way for Universal’s reboot plan to turn out well. It’s even worse than Suicide Squad’s dubious plan, yet it doesn’t even have Suicide Squad’s guarantee of smashing the box office. Here’s a better idea for everyone: The Avengers worked because Joss Whedon is a clever, unique writer who marches to the beat of his own drum — but even he got chewed up and spit out by the system. His best work remains on TV. Seeking to emulate his “formula” is as foolish with experimenting with a dead body or unleashing a mummy’s curse. If Universal decides to proceed down this path, they can’t say they weren’t warned by their own movies: every creator has his work turn on him, in the end.