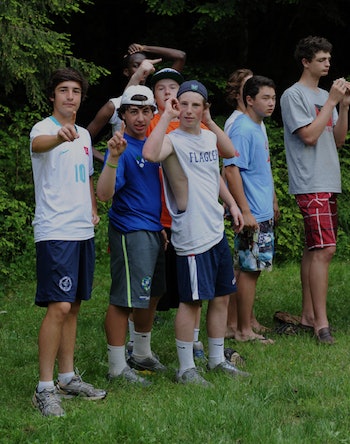 Not enough boys are receiving the vaccination against human papillomavirus

While HPV is the most common sexually transmitted infection in the United States — 14 million people are newly infected every year — the journal Pediatrics on Monday published a study based on data from a national immunization survey that found the low male adolescent HPV coverage has left a large portion of the population susceptible to HPV infection.

This study is the first to use provider-reported vaccination data to evaluate the number of adolescent males who have received HPV vaccinations. According to their data, 13.9% of adolescent males had completed the three dose HPV series. In 2011, the Advisory Committee for Immunization Practices officially recommended routine use HPV vaccine for boys.

A higher likelihood of HPV vaccination for adolescent males was correlated to children living in urban or suburban areas and with mothers who are widowed, divorced, or separated. Living in the South or Midwest, having mothers with a college education, and a higher family income to poverty ration was related to a lower likelihood of boys receiving the vaccination.

HPV is spread by skin-to-skin contact and many HPV infections do not lead to symptoms. While the HPV shot prevents cancer, without it, persistent infection may result in disease. Every year an estimated 17,000 women and 9,000 men develop cancers that are attributable to HPV. Researchers believe half of sexually active men and women in the United States will get HPV at some point in their lives.

An unrelated 2010 study found that vaccinating every male age 9 to 39 could prevent 40,000 instances of cancer-related deaths and over five million cases of genital warts over the next century.

The other main reasons why boys did not receive the HPV vaccine was that it was considered not immediately necessary, parents didn’t know what it was, there were concerns about its side effects, and that the “adolescent was not sexually active.” Despite numerous studies that demonstrate that the vaccination has absolutely no correlation with any onset of sexual activity, it is still a frequent concern of parents.

While 68 percent of U.S. adults say childhood vaccines should be required by law to be vaccinated, HPV is particularly controversial among parents — primarily because it is a sexually transmitted disease. When Rhode Island became the second state after Virginia to make the vaccination mandatory for all seventh-graders attending school, some parents took to protest and petitioned against requirement.

Rhode Island’s Department of Health decided to make the vaccine mandatory because they incorporate all CDC-recommended vaccines. And they know something else: The science is there and everyone needs to catch up already.