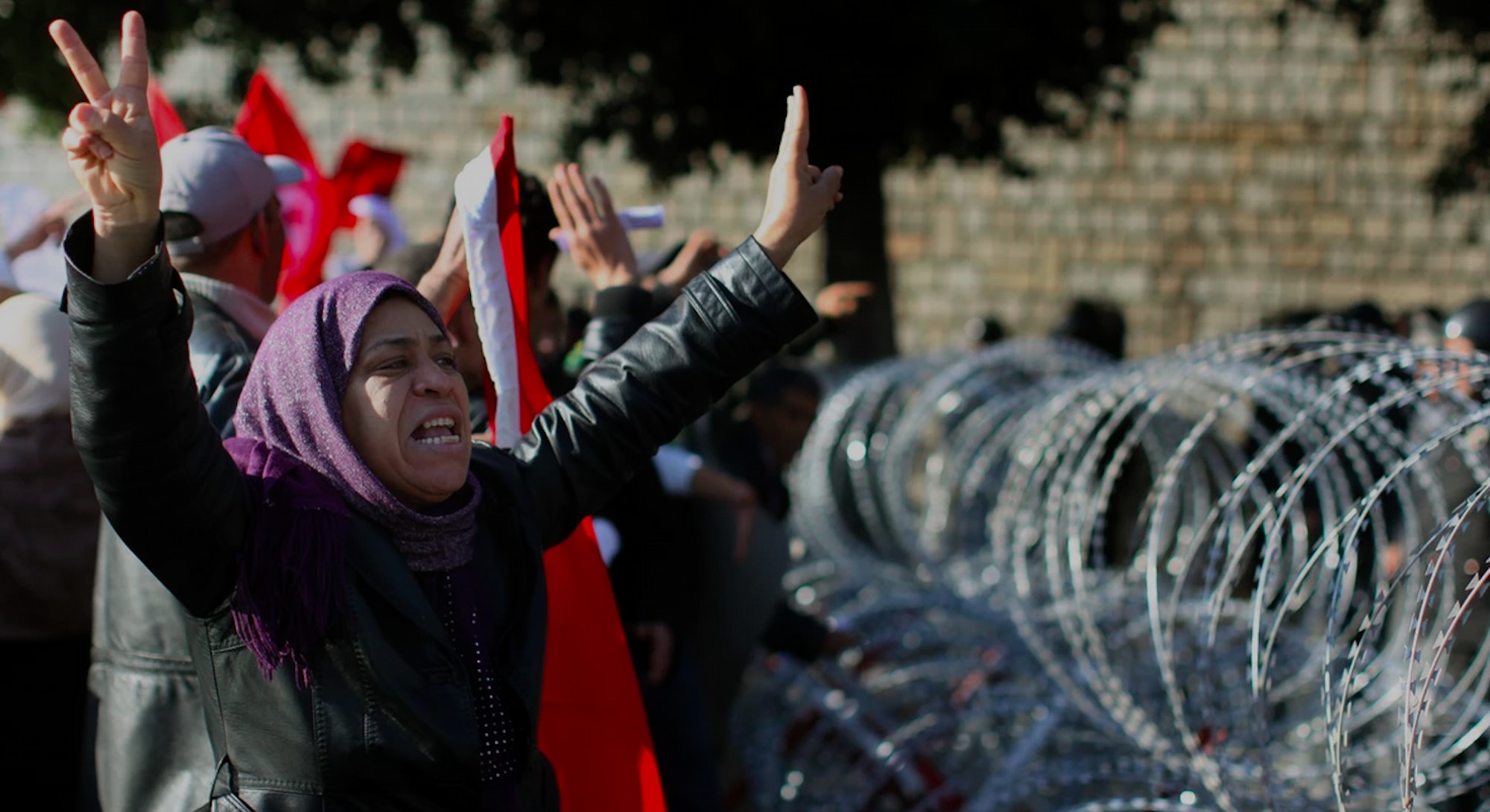 The National Dialogue Quartet in Tunisia won the Nobel Peace Prize on Friday, but the country’s still locked in a decidedly non-peaceful situation, say the Tunisians who live in Northern Africa.

The coalition, made up of activists, lawyers, businesspeople, and labor union leaders, is credited with establishing the political process that allowed for the North African nation to transition to democracy in the wake of the 2011 Jasmine Revolution. Explaining their decision, the Nobel Committee announced the quartet has proved “it is possible for Islamist and secular political movements to work together in the best interests of the people.”

“The Tunisians I have spoke with believe that the Quartet were catalysts, but they don’t deserve it,” said Ali Khemili, the executive director of the Tunisian Community Center in upstate New York. “It was the participants of the revolution who paid a high price. Many believe it was those who fought for their rights on the streets who deserve the award.”

Officially, the quartet is comprised of the Tunisian General Labour Union; Tunisian Confederation of Industry, Trade and Handicrafts; Tunisian Order of Lawyers; and the Tunisian Human Rights League. However, while the Tunisian people may believe that these organizations helped pave the road towards democracy, they also believe there is another group much more deserving of the prize: the everyday people who fought and protested on the streets, demanding a better nation.

Khemili, who founded the Clifton Park, New York-based center and moved to the United States in 1971, is personally proud that a group of Tunisians were awarded the esteemed prize. But when he spoke with the Tunisian-Americans in his community, he found that their reaction ranged from excitement to bewilderment. Tunisia, they reasoned, was not exactly peaceful.

Controversy Over a New Law

The award comes to Tunisia at a time when the nation is contending with political tensions and terrorist threats — possibly the most gruesome of which, a massacre of 38 tourists this summer, ignited the Tunisian parliament to recently adopt a new counter-terrorism law.

This reformed security law, which was adopted July 25 but has not yet taken effect, has raised human rights concerns among prominent institutions, including Human Rights Watch and Amnesty International. They believe the law is ripe for potential abuse, including a provision that allows police to interrogate suspects without a lawyer for up to 15 days, permits courts to close hearings to the public, and allows the government vague and broad monitoring and surveillance powers.

“By approving this law, parliament has put at risk the rights that Tunisians fought hard to acquire,” said Gabriel Reiter, Director of the Tunisia office for the World Organization Against Torture. “It should now legislate effective safeguards of those rights so that they are not collateral damage in the legitimate struggle to protect Tunisia from terrorism.”

The International Commission of Jurists agrees, warning that the law could result in “undue prosecution of whistleblowers and journalists.” Currently, two Tunisians, a teacher and the chief editor of Akher Khabar, are charged under provisions of the 2003 version of counterterrorism law, a decision that has been condemned by Human Rights Watch.

While progress has been made, the Human Rights Watch believes that the Tunisian government still needs to overhaul many of their existing laws, reform public institutions, and implement constitutional guarantees to protect the rights of its people.

“Many have asked, what has really changed since the revolution?” says Khemili. “The gap between the have and the have-nots has only expanded like crazy. These things like the Nobel Peace Prize are ceremonial, but don’t really mean anything to them.”

Abdessattar Ben Moussa told the Associated Press that he hoped that the prize will encourage the members of the Quartet to take a “larger responsibility” in alleviating the tensions within Tunisia. And will the award inspire everyday Tunisians to continue to fight for their rights? Likely not, says Khemilil.

“Many reforms must happen and a sense of patriotism needs to be put into their hearts before Tunisians can believe that real changes is happening,” he says. “There needs to be more access to education and economic reform. They need a leader to nourish hope and show that the government is working for them.”

“I don’t blame them that all of this doesn’t mean anything to them.”