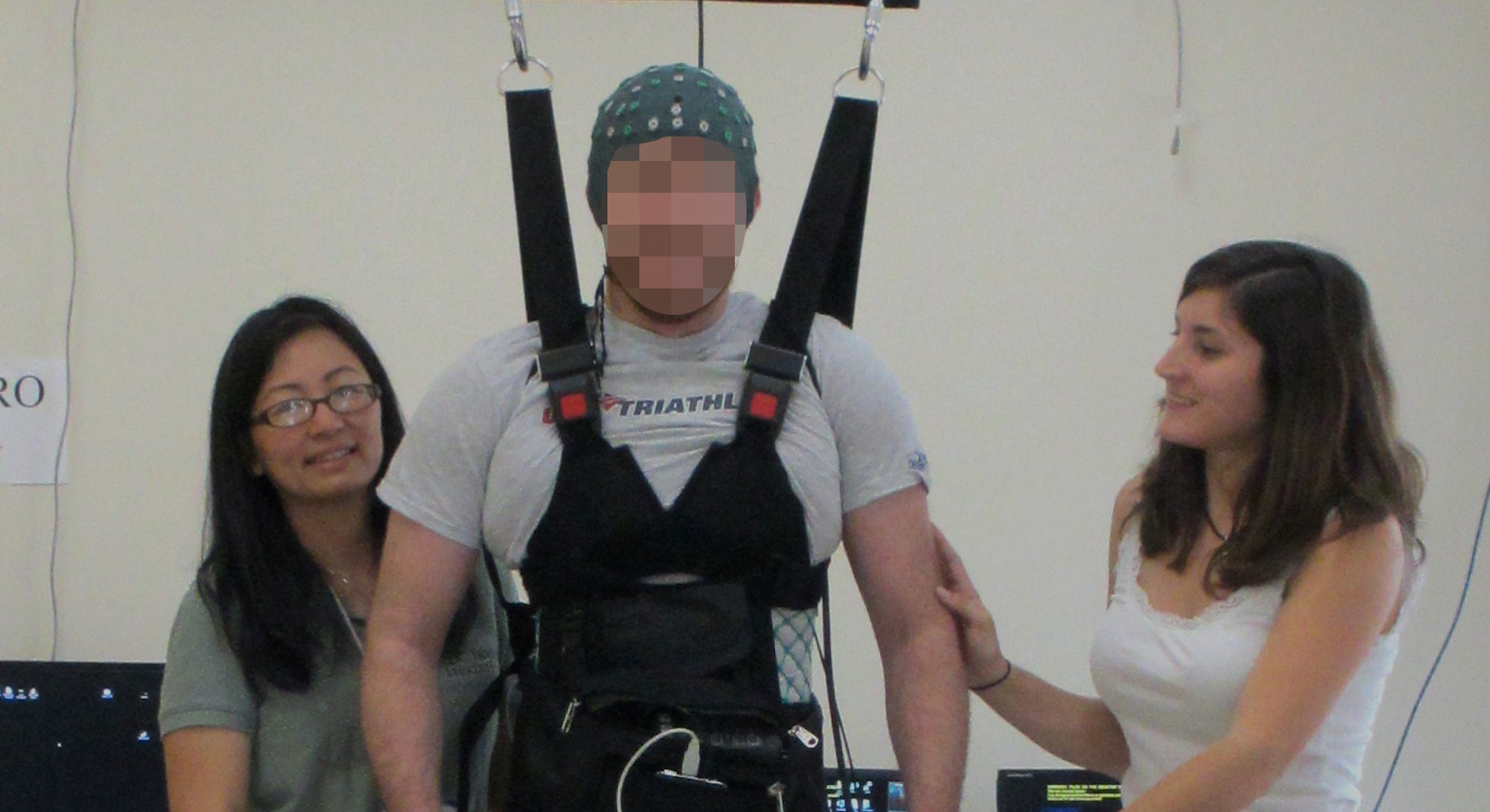 Doctors and engineers with the University of California have trained a paraplegic man to walk again using a computer to send signals from his brain to his legs. Their research has just been published in the Journal of NeuroEngineering and Rehabilitation.

The amazing part is, although the 26-year-old’s spinal cord is no longer able to transmit messages to his lower limbs, he is now able to move them just by thinking about it.

It works like this: A device on the man’s head senses brain activity and interprets it. These signals are sent to a functional electrical stimulation system that controls his legs. This system works by activating electrodes attached to the man’s leg muscles, causing them to contract. At the same time, he has to shift his weight, and move a walker forward to support himself.

OK, so the system isn’t perfect yet. He still uses a body weight support system and a walker to hold himself up. But the fact that he’s sending signals from his brain to his legs without a functioning spinal cord is pretty incredible.

The researchers assert that this research could one day lead to a brain implant for people with spinal cord injuries so they can do this without an external device. Sixty percent of the paraplegic people they surveyed said they would be willing to undergo such a surgery if it would restore their ability to walk, according to the paper.

This is not the only recent breakthrough in spinal cord research. Last week a team of scientists announced that they had built a 3D-printed device that helps reattach severed nerves.

And one surgeon believes that he’s figured out the secret to splicing one person’s spinal cord onto another’s. He plans to perform the world’s first head transplant in 2017.