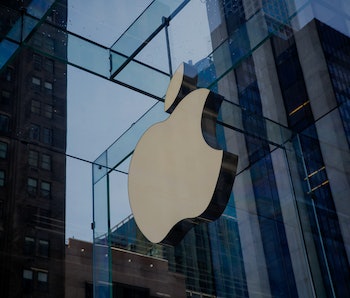 A new campaign by an internet activist group is banking on the fact we’ll be outraged at major tech companies for supporting a proposal to give law enforcement greater access to the data on our phones.

Launched this week by non-profit Fight for the Future, You Betrayed Us has blasted as many as 21,000 emails to Adobe, Apple, IBM, Microsoft, and others, all of which the group says back the Cybersecurity Information Sharing Act.

The bill, co-sponsored by California’s Democrat Senator Dianne Feinstein and North Carolina Republican Senator Richard Burr, is supposed to improve cyber security in both the public and private sector by creating incentives for businesses and government agencies to share threat information.

Adobe, Apple, IBM, Microsoft , Oracle, Salesforce (the company has announced it has never supported CISA), Symantec, and the BSA Software Alliance (also has denied supporting), all of which are now on the shit list of “You Betrayed Us,” which says the bill is one more way companies unethically and illegally assist the government to monitor citizens by providing out customer data. Those concerns seem especially relevant in the wake of Edward Snowden’s recent warnings about surveillance agencies forming partnerships with the private sector.

“If the Cyber Information Sharing Act were to pass, companies like AT&T would be encouraged to share more of their customers’ data with law enforcement and surveillance agencies in the United States without concern about any privacy laws,” Peter Micek, a policy counsel at the digital rights group Access told The Washington Examiner. “In fact, the bill creates legal incentives to encourage companies to give more and share more private data. This news should put an immediate halt to consideration of CISA.”

You can read a full version of the letter calling for a boycott of Heroku and Salesforce here, but this excerpt gets the heart of the argument:

“CISA provides enormous leeway for companies to share Personally Identifiable Information (PII) with government agencies like the NSA and the FBI, granting companies blanket civil and criminal immunity from any existing privacy law in the process. This blanket immunity might seem desirable to a tech industry that has been forced to participate in PRISM-style mass surveillance programs for years, since constitutional challenges to this surveillance may soon prove that the government and companies have been violating U.S. privacy laws all along. You may benefit from liability protection, but supporting it is short sighted.

By supporting CISA, Salesforce is effectively lobbying to make their privacy policies null and void when it comes to sharing data with the government. You want to just give them the data and be done with it—a remarkably irresponsible approach. The meager benefit of immunity from privacy laws will be eclipsed by the long-term cost to the tech industry as consumers lose confidence in American cloud services and abandon them for international or open-source options. Companies like Cisco have already had their revenue wiped out from the perceived threat of U.S. government surveillance. If CISA passes, billions of dollars could be erased from the greater U.S. tech economy, causing catastrophic damage to the same companies that endorsed it.”