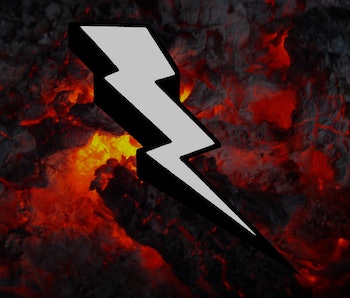 Deep inside the Earth’s crust, magma reservoirs hold back immense potential energy, waiting to be unleashed in powerful eruptions given the right amount of seismic activity.

Studying that activity is difficult, scientists say. These spasms often take place in remote (like way beneath the Earth’s surface) and dangerous locations, which aren’t easy to capture with conventional methods fo geophysical monitoring. But a new technique is leading to some big discoveries — including helping to explain some recent, strange seismic activity in the Indian Ocean.

Here’s the backstory: In 2018, scientists caught a spell of unusual seismic activity in the Comoros archipelago, off the southeast coast of Africa. Over the course of a year, there were 32 earthquakes with magnitude greater than 5 — with the main quake on May 15, 2018, reaching a magnitude of 5.9. As a result, a new underwater volcano formed near the Comoros island of Mayotte.

The “seismic crisis” was described in a study published in 2019 in the open access preprint journal EarthArXiv.

In a new study published this week in the journal Nature Geoscience, scientists identify exactly what happened during that time.

First, there was a burst of seismic activity, which birthed the rapid upward push of magma that had been locked in a deep mantle reservoir — more than 30 kilometers below the Earth’s surface.

Once that began, the magma could flow freely, giving way to the spike in seismic activity that followed.

In the following phases, the epicenters of that activity migrated southward. Then came a period of lower-magnitude but long-term seismic waves.

Finally, the activity died back down, leaving behind the new submarine volcano.

To learn all this, the researchers used a method involving seismic data at regional and teleseismic distances — which means measurements were taken more than 1,000 kilometers from the site of the tectonic activity.

The findings represent the “deepest monitored drainage of a large reservoir,” and demonstrate that it’s possible to capture these “deep offshore episodes” without on-site monitoring, the researchers say.

In the future, the method could be used to help communities prepare for potentially dangerous seismic activity — particularly in areas that aren’t used to seeing such major and persistent shifts.

The dynamics of magma reservoirs deep in the Earth’s crust are difficult to capture with geophysical monitoring. Since May 2018, a seismically quiet area offshore Mayotte, Comoros archipelago, has been affected by a complex seismic sequence, including long-duration very long period signals recorded globally and a large surface deflation recorded by GNSS stations on Mayotte. We systematically analyse these regional and global data to provide a one year long detailed picture of a deep, rare magmatic process, identifying ~7000 volcano-tectonic earthquakes and 407 very long period signals. We determine the geometry of faulting and the magma reservoir. Early earthquakes migrated upward in response to a magmatic dyke propagating from Moho depth to the surface, while later events marked the progressive failure of the reservoir’s roof, triggering its resonance. Very long period signals and deformation analysis suggest that a 25-35 km deep reservoir of 10-15 km diameter has lost at least 1.3 km3 of magma. This episode represents the deepest monitored drainage of a large reservoir. We demonstrate that such deep offshore episodes can be captured without any on site monitoring.