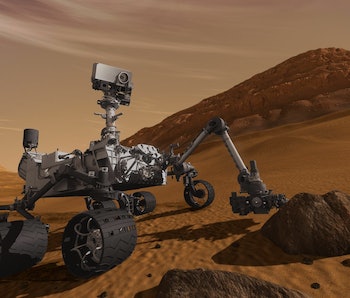 The past decade initiated a new era of space travel, one where several countries shot for the moon, public-private space conglomerates were built, and humanity set its eyes on Mars. Now in the year 2020, the cosmos is sure to get even more crowded, with plenty of groundbreaking space missions on the agenda.

Below are the scheduled launches for the most exciting space missions in this new year.

There are four missions headed toward Mars this year.

There has already been plenty of talk on colonizing Mars within the next decade or so. As a result, our planetary neighbor has garnered a lot of attention and scientists are hoping to learn more about Mars, and whether or not it hosts some form of life, through these missions.

NASA is scheduled to launch its Mars 2020 rover July as part of the agency’s Mars Exploration Program. The rover will roam the surface of Mars, testing out conditions for future human exploration of the planet, as well as collect samples of rocks and soil.

July is prime time to visit the red planet, as the European Space Agency (ESA) and Russia also plan on sending a rover to explore Mars. As part of ExoMars, a joint mission by ESA and the Russian space agency, the Rosalind Franklin Rover will look for signs of a past form of life during Mars’ early years.

China also has its eyes set on Mars as it prepares to send its first rover to a destination other than the moon. The China Aerospace Science and Technology Corporation is aiming to launch its rover during the summer, which will also look for signs of life on Mars.

The United Arab Emirates will launch its Hope Mars Mission in July. The nation’s first interplanetary satellite mission aims to study the climate and weather cycles of Mars which could help scientists figure out when and how the planet lost its atmosphere.

3. Asteroids as a resource

Humanity has long viewed asteroids as a source of destruction; a sign of certain apocalypse. But a closer look at these rocky, planetary bodies has lead us to believe that asteroids may also contain coveted resources that might be of value to us on Earth.

In 2020, NASA’s OSIRIS-REx will collect a sample from an asteroid, and bring it back to Earth for analysis. The cube-like spacecraft launched on September 8, 2016, and finally reached asteroid Bennu on December 3, 2018. It is scheduled to start collecting samples from the asteroid this summer, and return to Earth in September, 2021.

Meanwhile, Japan will return a sample from asteroid Ryugu in December, 2020. The Japanese Space Agency launched its mission Hayabusa2 in December, 2014. The spacecraft made two sampling runs in February and July, 2019.

The year 2020 could mark the beginning of commercial space travel as SpaceX’s Crew Dragon and Boeing’s Starliner may finally be transporting astronauts to space on commercial crew vehicles.

The two companies have been working with NASA to launch a public-private partnership that would transport the agency’s astronauts to the International Space Station, rather than having to rely on Russia’s Soyuz spacecraft every time.

In March 2019, SpaceX successfully test-launched a capsule made to send astronauts to the ISS, and Starliner soon followed with its own uncrewed test flight in December.

Exact dates for the 2020 launches have not been set yet. This is huge news for American space innovation, as it eliminates reliance on Russia and its Soyuz capsule to send NASA astronauts to and from the ISS.

1. We’ll learn more about the Sun

We may be getting closer to the Sun than ever before. NASA and ESA are launching their joint Solar Orbiter mission in February, 2020 from the Cape Canaveral Air Force Station.

The spacecraft will get up close to the Sun, as close as 0.28 astronomical units, in order to examine its heliosphere, and answer some of the biggest mysteries surrounding solar wind and the Sun’s magnetic field.

India is launching its first solar expedition in mid-2020 with the Aditya-1 spacecraft. The mission will study the solar corona, the outer layer of the Sun, to help scientists understand how it reaches higher temperatures than some of the inner layers surrounding the Sun.