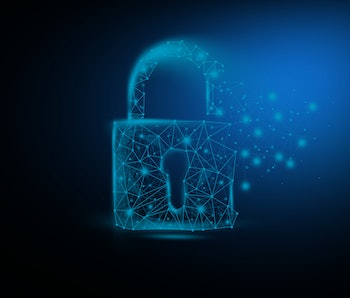 The popular encrypted email service ProtonMail just launched its own calendar tool. ProtonCalendar is in the beta stage, and it is now available to those who use ProtonMail’s premium service. The company claims this will help you keep your plans safe from prying eyes—including corporations.

“A calendar is more than just a tool. It’s a record of the moments that make up your life — your big meetings, your gatherings with friends, and children’s birthdays,” the company wrote in a recent blog post. “For the longest time, to easily organize these events, you had to let large corporations monitor these special moments. These companies snoop on your calendar and use that information to inform their advertising.”

The company claims this is the “first fully encrypted calendar app.” The tool uses end-to-end encryption, and it encrypts the event title, the description, the location and everything else. Even ProtonMail can’t see the event details, so basically you’ll be the only one who sees your calendar events.

“No other calendar keeps as much data private as ProtonCalendar,” the company claims. “As our thorough security model demonstrates, we worked hard to ensure that you have all the convenience you need from a calendar app along with the security and privacy you expect from Proton.”

The company says a calendar app was one of its “most requested products.” A Google Drive competitor, ProtonDrive, is also on the way. ProtonCalendar will be available to all on iOS and Android at some point in 2020.

Sandro Lonardi, a ProtonMail spokesman, tells Inverse that ProtonCalendar will benefit all kinds of people.

“ProtonCalendar will benefit anyone who doesn’t like the idea of big corporations knowing everything they do,” Lonardi says. “Because ProtonCalendar is end-to-end encrypted, no one can access your events but you. This is one more step toward a private and secure Internet for all. And for people with heightened security needs, such as activists and journalists targeted by authoritarian regimes, ProtonCalendar can literally save lives.”

As Londardi notes, this secure calendar is useful for activists and journalists who live in countries run by authoritarian regimes. That said, it’s also useful for activists and journalists in the United States—who are often the target of government surveillance. Furthermore, lawyers, whistleblowers and a whole range of other kinds of people can benefit from using encryption to avoid surveillance.

Sex workers are another group that tend to utilize encryption. The Electronic Frontier Foundation actually published an encryption “how-to” guide for sex workers back in 2014. Being able to securely arrange their schedule would obviously be a priority for them.

Even if you don’t need encryption for your day-to-day job, you should be concerned with the government and massive corporations collecting mountains of data on you. You never know how that information will be misused or taken out of context.

Whether you’re trying to avoid government surveillance or corporate surveillance, encryption is a powerful tool. More and more of our data is being vacuumed up on a constant basis by corporations and governments every year, so being able to fight back against that is a great thing.

More like this
Innovation
8.15.2022 8:30 PM
This high-tech camera may help protect our identities — here's how it works
By Molly Glick
Innovation
8.11.2022 11:00 AM
“Quantum materials” could give the human brain a run for its money, scientists say
By Nathaniel Scharping
Gaming
12 hours ago
8 more new games coming to Xbox Game Pass in August 2022
By Robin Bea
Related Tags
Share: