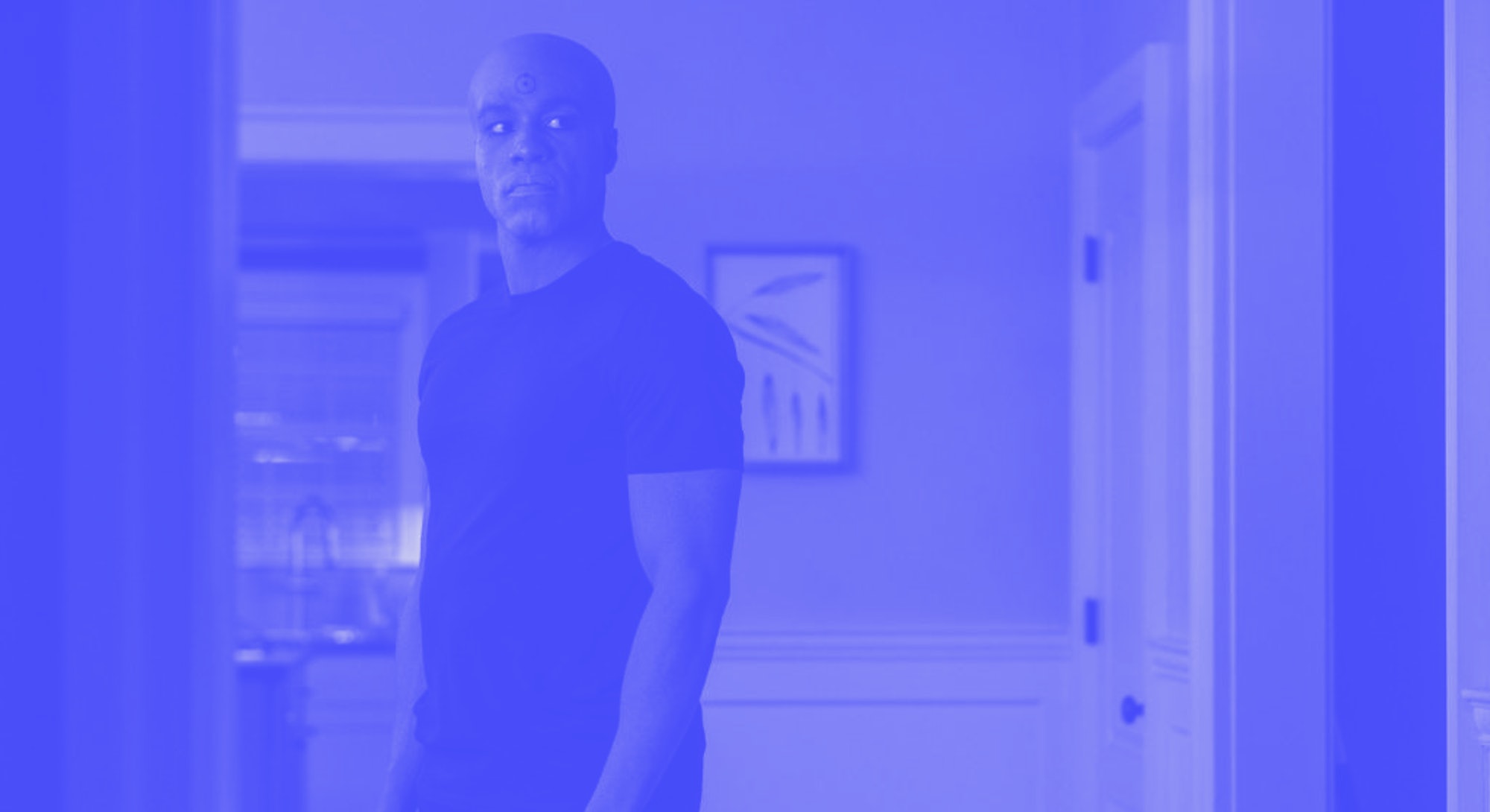 There’s only one episode of Watchmen left, and Episode 8 left fans with some pretty big cliffhangers to consider while we wait for the season finale in Episode 9. What will happen to Doctor Manhattan? What’s Lady Trieu’s secret plan to save the world? Will Adrian Veidt ever escape Europa and make it back to Earth?

Sadly, we don’t have those answers, but one person who might is Nicole Kassell, an executive producer on HBO’s Watchmen who directed Episodes 1, 2, and 8. In an interview, Kassell tells Inverse how she filmed Doctor Manhattan’s big episode and some of the biggest decisions that went into creating it.

“It was an enormously challenging episode,” she says, “Five pages were in the bar with a character that I couldn’t show his face.”

Read on to find out how Kassell built tension in a key scene where she could only show the back of one character’s head, the process of shooting Doctor Manhattan and Adrian Veidt’s big showdown, and more.

The following interview has been edited for brevity and clarity. Full spoilers for Watchmen Episode 8 ahead.

Watchmen Episode 8 had to do a lot of heavy lifting in explaining the plot and how everything connects. What was it like juggling all that?

It was an enormously challenging episode, but it was all in the script in terms of the content. Technically, it was challenging because five pages were in the bar with a character that I couldn’t show his face, and making something cinematically interesting is essential to me. So that episode in many ways was the hardest of everything I did, just to puzzle out how to do it in a cinematic way.

So how do you make the back of someone’s head interesting, even if it is blue?

I kind of mathematically figured out who I would want to show when and which shots I could repeat throughout scenes, like a nice close up of Regina. When Doctor Manhattan’s talking about things he can do, I would want to be on the back of his head pushing in. So you’re really listening and thinking about him and who he is. And I really wanted the tease of when he takes off his mask it almost shows his face, but his hand obscures his face, and then the camera travels with the mask.

Speaking of that bar scene, when Doctor Manhattan drinks the raw egg, is that real of CGI?

Yes, he did I was very careful to only do it two or three times. Not too many.

The scene between Doctor Manhattan and Adrian Veidt is surprisingly emotional. Is that what you were going for when you directed it?

That was an extraordinary experience working with those two, and it really brought out both their strengths and generosity as actors. Jeremy [Irons] and I had worked together a number of times through the season already, so I knew he’s a man of activities and props. I made sure to get him to the space the day before because he likes to know where he’s lived, where his character’s lived. Veidt had lived in that space alone for decades and he’s slowly losing his mind.

“Veidt had lived in that space alone for decades and he’s slowly losing his mind.”

And then, Yahya [Abdul-Mateen II], he’s an extremely sensitive and in tune actor. He was totally in sync with who Doctor Manhattan is, and Yahya and I actually rehearsed before the shoot a lot to find his version of Doctor Manhattan, to find his voice and his confidence and command. The one person on the planet Veidt envies and couldn’t overpower or beat is Doctor Manhattan, and Yahya is in his prime as a powerful young man. What I loved about Yahya’s performance is he doesn’t say a lot and he doesn’t get riled up. He doesn’t react to the energy that Jeremy’s throwing at him. He’s able to stay fully centered.

One of my favorite moments is when Yahya reaches for the ring and Jeremy pulls it back. There were a couple of takes where he held out his hand palm-up saying, “I’ll take it.” But the gesture was a question like, “May I have it?” And on the next take, he realized Manhattan wouldn’t reach that way. He would take it, he would be assertive. You know, not aggressive, just, reaching his fingers down. That kind of attention to detail was the amazing thing that Yahya brought to the role.

In terms of the emotion, while there’s this age gap in appearances, they are peers, they are equals. And Jeremy is speaking to this man probably more honestly and revealingly than he ever has talked to a human, and I think it’s because they are comrades from another time. I actually think it’s very funny too that Veidt tried to kill Manhattan and he’s like, “Oh yeah, sorry about that.”

It’s two people who are of absolutely equal stature, but one is suffering the effects of mortality.

Talk to me about the shot where Doctor Manhattan is totally naked. It’s a reference to the comics, but this time he’s in the body of a human, not a shiny blue god. How do you direct a moment like that?

We felt it was essential. That was such an important element of the source, that he was a big blue naked guy. So it would have been false to not have that in the story.

“It would have been false to not have that in the story.”

In terms of directing it, you treat it like any intimacy or love scene. I just make sure the actors are 100 percent comfortable with, and I go through the shot plan and show him my design so he knows which cameras are full nudity, which ones aren’t. First and foremost, what’s important is his being comfortable with it. And because it’s motivated by character, he was fully supportive of it.

And the shot itself. Is that CGI or did you just shoot it?

I just shot it.

Episode 8 ends with a big action set-piece. How do you craft a scene like that to have tension when one character is a god who can explode people’s heads with his thoughts?

I approach that like I do all of my action sequences. it’s a combination of working with the stunt coordinator and the cinematographer — the entire team — to plot out how the action actually progresses. And we do it through kind of three approaches. One is, we just go out there as people and act it out and I get stand-ins and it’s like: She’s hiding here, she needs to kill someone there.

“The last option is for Doctor Manhattan to come in, and yes he could have come in earlier.”

It starts with: What’s her goal? She needs to destroy that weapon in the back of the truck. So she has a goal and we wanted to create these obstacles to get in her way, and then she needed to be at risk of losing. The last option is for Doctor Manhattan to come in, and yes he could have come in earlier.

It’s really a back and forth between me, the stunt coordinator, and the writers until we nail the story that we want to tell with enough tension and excitement. And it is that moment where we get to see Doctor Manhattan use his powers for a brief section and it’s really to set up that hope that they’ll live happily ever after together until … you know,

The way the episode is structured almost makes you feel like Doctor Manhattan, unstuck in time. How much of that was in the script?

That was all in the script. It was absolutely designed to tell a story in the way he experiences it, and ever since directing that episode, I feel like I’m constantly in that frame of mind. Like, I’m here now and simultaneously onset directing that scene and it just kind of sinks into this kind of all moments happening at once.

But it was essential to how he works as a character and as an homage to that extraordinary chapter of the comic. What I really focus on is the transition between the scenes, and with that bar taking up so much of the story arc, all the effort went into executing that as a progression and then how these other moments intercut.