With less than a month to go until Star Wars: The Rise of Skywalker hits theaters, the Disney / Lucasfilm marketing machine is ramping up into high gear. That means a whole lot of interviews that give us a few morsels of interesting information to chew on, and a steady trickle of new footage. A series of TV spots have rolled out ahead of the Thanksgiving holiday, and one of them has a particularly interesting, blink-and-you’ll-miss-it look at the fight between Rey and Kylo Ren.

We already know there’s a bit of a time-skip between The Last Jedi and Rise of Skywalker, and that Rey has become even more capable with the Force during this interval. In the very first trailer for the film, she pulls off some wildly impressive parkour moves while evading Kylo’s tie fighter during a desert showdown. Clearly, she’s far better prepared to go one-on-one in a duel with the Supreme Leader than when they first crossed lightsabers in The Force Awakens. The latest footage from Episode IX suggests that not only has Rey grown to match his skill in combat, she’ll even manage to put him on the defensive, seemingly lashing out at him with a deadly swipe while he’s unarmed.

You can watch the 15-second teaser in its entirety here, but we’ve pulled the relevant shot into a standalone clip. (Oh, and just a heads up, if you hadn’t heard yet, stormtroopers fly now.) 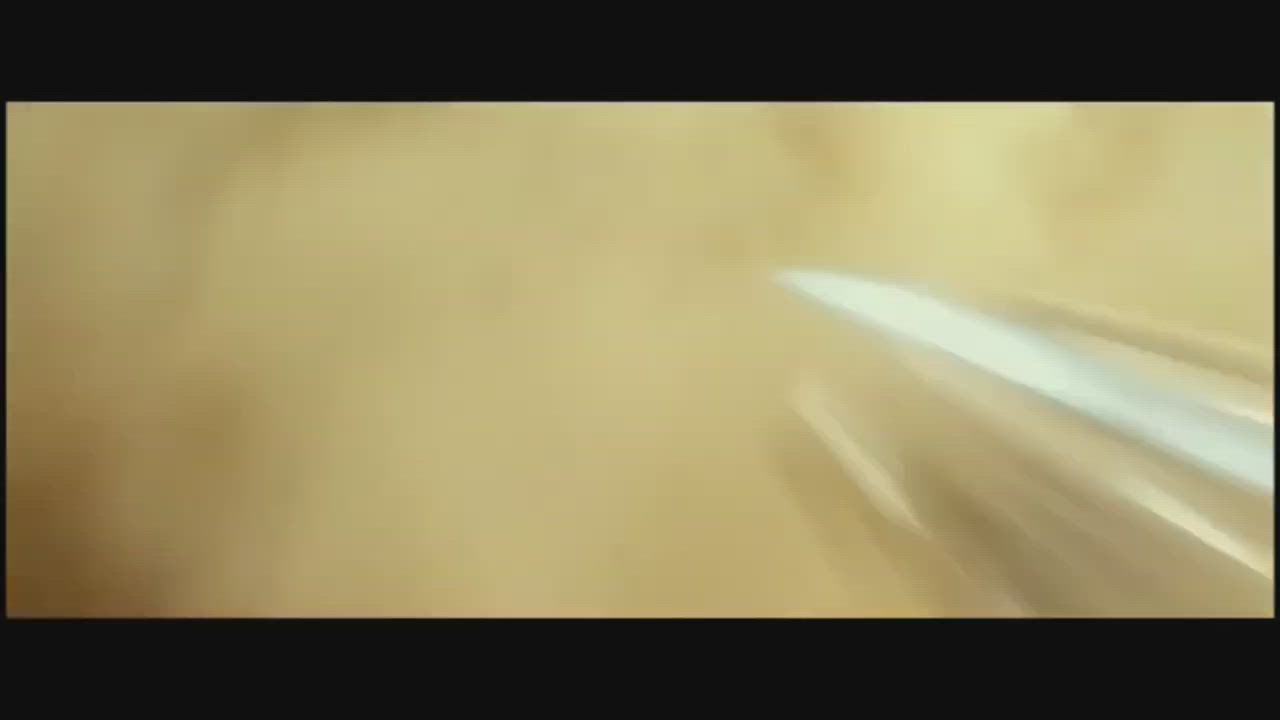 It’s a very quick shot even within this two-second clip, but between Poe’s quip and the shot of the Vader statue-thing, you can see the two of them fighting in what appears to be the ruins of Emperor Palpatine’s throne room from the Death Star II. As is the case with much of what we’ve seen from Rise of Skywalker so far, Rey is very much the aggressor. Kylo doesn’t have his lightsaber at the ready to parry or block her. In fact, it doesn’t even seem to be lit at his side. There’s no hint of the characteristic red glow anywhere in this shot.

Because the teaser cuts away so quickly, we can’t tell if Rey stops short here and pulls the punch, like we saw her doing many times with that rock formation during her training on Ahch-To. At first watch, it seems pretty clear that she slashes out at him, but look again and you’ll see it’s a tricky, well-placed lens flare. Dang you J.J. Abrams!

We’d venture to guess that Rey probably won’t give Kylo a matching scar to go with the one on his face in this scene. Nevertheless, this moment does hint at a pretty huge shift in the dynamic between them. From everything we’ve seen, Rey is not willing to hold hands and hear Kylo out like she was in The Last Jedi. (Which is a shame, really. We liked their cozy campfire chats.) Instead, she’s going on the attack, and he’s the one on his back foot, in a reversal of their battle in the snowy forest outside Starkiller Base in Force Awakens. What’s more, she’s clearly pissed off and full of rage — and is in a lot of the footage we’ve seen so far — while he seems to be relatively calm.

Trailers can always be misleading, but it seems as though Rise of Skywalker sees Rey acting a lot more like Anakin than Vader’s actual grandson. We know she has a certain curiosity about the Dark side, and while it’s probably not too likely she actually becomes Dark Rey in anything other than a vision, perhaps in the end it will be Kylo Ren who pulls her back from the brink of making the same mistakes he did.