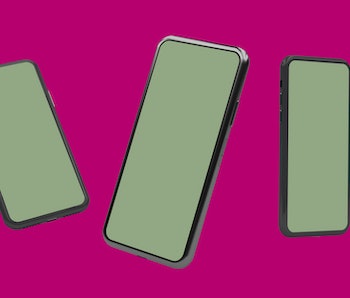 Our mobile phone addictions may actually be an important tool for researchers studying the spread of certain diseases, a new study finds.

Vector-borne diseases, like the mosquito-borne dengue fever that was the focus of this study, are spread rapidly in rural and urban areas thanks to increased levels of human mobility. While these illnesses are still most common and damaging in rural areas, the density and living conditions of new cities in Asia and Africa also create prime breeding grounds for the spread of such diseases, the study authors write. While dengue is not always fatal, it can become deadly through complications.

The study, published Friday in the journal Scientific Reports used four different modeling methods, two with mobile phone data and two with census data, to study the spread of dengue fever in Singapore. When compared to collected data from a recent outbreak in the city between 2013 and 2014, the researchers found that they were best able to recreate outbreak patterns by modeling the spread of disease based on anonymous location and time information gathered from mobile phones in the city.

Unlike modeling approaches that use census data to generate random or “perfectly-mixed” mobility models in cities, mobile phone data has the benefit of providing data in “real-time.” This is especially useful in fast emerging outbreaks, like dengue fever lead author, Emanuele Massaro, tells Inverse.

“[This is] real-time information of human mobility in emerging scenarios - while census data are yearly information derived from [a] survey. It means that they can not be representative of the mobility population in the current situation we want to analyze,” says Massaro.

To achieve this modeling, the research team obtained anonymous mobile phone call detail records (CDR) from a cellular provider in Singapore over a two-month span in 2011. From this data, which included call and text message locations and timestamps, the researchers were able to determine two “favorite” locations of the anonymous users which they labeled as either “home” or “work” based on the times and days that users were at those locations. This allowed researchers to more accurately model the commuting routes these users took, and to see the locations that they were most likely to be infected or spread the disease at.

Despite the evidence in this and similar studies that such mobile phone data is useful to researchers, Massaro says it’s still hard to get access to because of regulations from private companies.

“The problem [with] mobile phone data [is that it’s] in the hands of private companies that know everything about us,” Massaro tells Inverse. “[From] a research perspective we would not need to know the name or other sensitive data of people. However for researchers [it] is really difficult to get access to this data - [which] are mostly used for private business! I believe that researchers [and] health organizations should be able to have access to this kind of information because of the findings [of] our research could really help people in different situations like emerging scenarios.”

While some — including private cellular companies — might argue that sharing private location and time information is a privacy issue, Massaro contends that personal information about those creating the data could be completely anonymized.

The authors write that this approach could be immediately applicable to similar mosquito-borne illnesses as well, including chikungunya, malaria, and yellow fever, and in a statement Massaro said he hopes that new legislation can be agreed upon that would make it easier for NGOs and researchers to access this important data.

“In an emergency, having accurate information makes all the difference,” said Massaro.

Urbanization drives the epidemiology of infectious diseases to many threats and new challenges. In this research, we study the interplay between human mobility and dengue outbreaks in the complex urban environment of the city-state of Singapore. We integrate both stylized and mobile phone data-driven mobility patterns in an agent-based transmission model in which humans and mosquitoes are represented as agents that go through the epidemic states of dengue. We monitor with numerical simulations the system-level response to the epidemic by comparing our results with the observed cases reported during the 2013 and 2014 outbreaks. Our results show that human mobility is a major factor in the spread of vector-borne diseases such as dengue even on the short scale corresponding to intra-city distances. We finally discuss the advantages and the limits of mobile phone data and potential alternatives for assessing valuable mobility patterns for modeling vector-borne diseases outbreaks in cities.

More like this
Innovation
Sep. 19, 2022
This face mask hunts for viruses in the air you breathe
By Molly Glick
Mind and Body
Sep. 26, 2022
Going to bed before this time could boost your metabolic health
By Elana Spivack
Innovation
Sep. 13, 2022
AI can now detect pancreatic cancer better than radiologists
By Sofia Quaglia
Related Tags
Share: