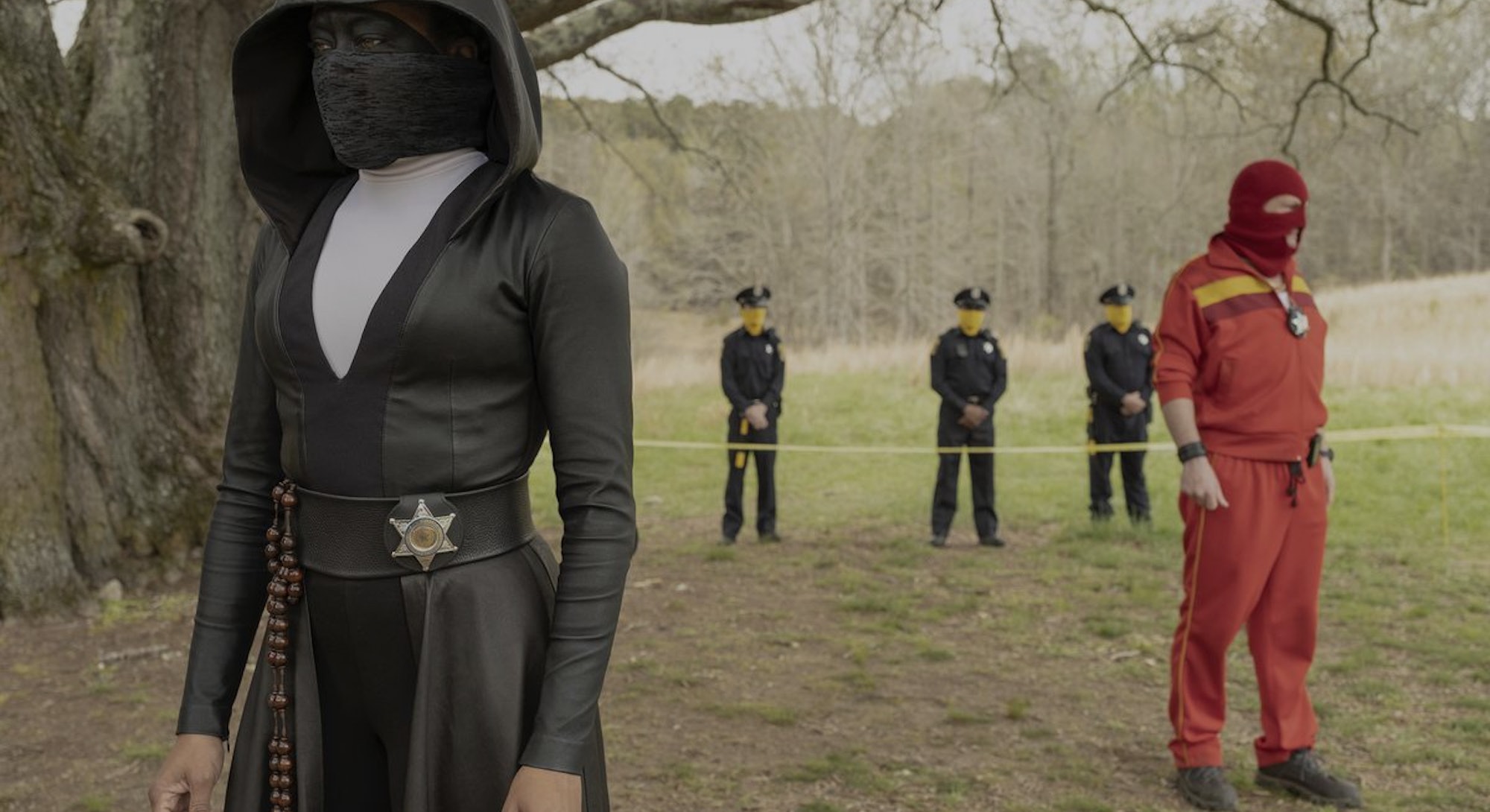 For anyone who saw Zack Snyder’s Watchmen in 2009 and thought the superhero costumes looked on par with the likes of live-action DC Comics and Marvel movies, you should know that’s actually one of the ways the movie fundamentally misunderstands the graphic novel it’s based on.

“The vigilantes in the graphic novel make their own costumes,” costume designer Meghan Kasperlik, who worked on HBO’s Watchmen series, tells Inverse. “As awesome as superhero costumes are in DC and Marvel movies, that’s not obtainable for our characters.”

Damon Lindelof’s new Watchmen HBO series, which continues the legacy of the graphic novel years later in live-action form, feels like a more authentic representation of what the original graphic novel was going for thanks in large part to the way the costumes look.

Snyder’s Watchmen tried to capitalize on a growing interest in superhero stories with flashy superhero outfits and special effects — a lucrative trend given the explosive success of the Marvel Cinematic Universe in the years since — but many criticized the movie as a “straight action film that had none of the subtlety or wit that made comics so ground-breaking.”

The new Watchmen, however, has a firm grasp on how this world should look — and how its bizarre characters look in their homemade costumes.

“I thought about each character,” Kasperlik says. “How could they obtain the materials? How would they create them?” Most people don’t have Bruce Wayne or Tony Stark’s budget, so for anyone who needs to wear a custom vigilante costume, the process involves going to a lot of fabric stores and more traditional clothes shopping, both of which Kasperlik did when coming up with ideas for costumes.

“It can’t look like it’s from a Halloween store or homemade.”

There’s a law in the version of Tulsa, Oklahoma where Watchmen takes place that police have to keep their identities a secret. Most cops wear a standard police uniform with a bright yellow bandana mask (the same iconic color everyone associates with the original Watchmen). Detectives usually take on a unique persona, crafting their own costume with practical materials. Kasperlik had to emulate that experience when designing outfits for the show so things would look as realistic as possible.

“It’s also very important that even when they’re putting on a costume, it can’t look like it’s from a Halloween store or homemade,” Kasperlik says. “A lot of them are simple designs, like pumping up the color in some way or with Sister Night, using leather.” It was important to “play with unconventional materials” like embossed silks o that the characters look badass, practical, but not cheap.

One detective, dubbed “Red Scare,” wears a pretty generic orange-red tracksuit with a bright red ski mask. You get the vague impression that he’s a guy that’s almost irritated he has to hide his identity, so he didn’t put a lot of effort into the costume. Plenty of characters in this universe do this.

Sister Night, on the other hand, feels like a more legit vigilante who put a lot of time and thought into designing her costume. She looks like a cross between a nun and a ninja in way that’s distinctly Watchmen, but even her crime-fighting uniform feels like something anyone could make at home. “It’s all basic leather, and her bodysuit is a stretch so it’s easy to move around for action,” Kasperlik explained. “Leather is incorporated into that, so it’s about patterning and incorporating leather and stretch.”

For the Watchmen series, the production team didn’t have a lengthy period of developing concept art to design these characters — like what happens in something like a Marvel Studios movie.

Drawing inspiration directly from the original graphic novel, Kasperlik would develop a rough sketch of what characters might look like and then worked with concept artist Christian Cordella to refine it. The final step was getting feedback from show creator Damon Lindelof. Costume designer Sharen Davis (Westworld, The Magnificent Seven) worked on the pilot episode, developing the foundation for many of the show’s main characters, but it was Kasperlik who handled costuming throughout the rest of the season.

After spending so long sworn to secrecy, Kasperlik is elated that people will finally get to see the show and she can talk more about it. She still can’t give away spoilers, but when I asked about the return of Doctor Manhattan and designing his costumes, she did tease what might be a journey for the blue pseudo-god figure.

“Him being so iconic, I asked a lot of questions about where we need to go and what that character needs to become,” she says. “There were a few guys on the crew that were fanboys, so I eventually started asking them questions every day about Manhattan and his storyline and a lot of ‘What If?’ scenarios not in the graphic novel that could’ve possibly come into our world.” Given his powers, Manhattan’s storyline could move in a myriad of different directions.

But if Kasperlik worked on his costumes, then at least we know he won’t walk around in blue nude all the time.