'Destiny 2 Shadowkeep' release date: 4 essential tasks to do before launch

Whether it’s the release of a full new standalone entry or a massive update to the existing one, the Destiny video game franchise gets a huge refresh every autumn. With Destiny 2: Shadowkeep, out October 1, Bungie aims to revolutionize the game and embrace its identity as an MMO first-person shooter. That means a ton of really important changes, and just like with in previous years, there’s a lot players can do to prepare for the upcoming changes — including several steps that seem absolutely critical.

Perhaps the most important new feature of Destiny 2: Shadowkeep is “Armor 2.0,” a complete overhaul of the armor system that will render just about every single piece of defensive equipment obsolete. Between that and the fact that all gear is getting bumped up to 750 Light, you shouldn’t be spending anything right now. You also shouldn’t be grinding to increase your Light. Instead, hoard all of your Legendary Shards, Enhancement Cores, and any other items, unless there’s another reason to spend them in this list.

Here are four things you need to do immediately before Shadowkeep launches on October 1 based on some updates from Bungie about the new expansion like the latest weekly update notes:

Do not delete or infuse any of your favorite weapons

Everybody’s talking about Armor 2.0 making virtually everything you own obsolete, but what about weapons? When Shadowkeep launches, every weapon (and armor piece) will get bumped up to 750 light. There aren’t really any radical changes happening to weapons, so all of your best-rolled weapons will still be viable in the new era. That automatic light bump also means you shouldn’t be infusing any of your items.

When Shadowkeep rolls out, there’ll also be a slew of weapon balancing changes to consider. Hand cannons and scout rifles, for instance, haven’t been viable in a long time. All of that could change very soon. If you have a strong role on a weapon of an unpopular archetype, cling to it in the hopes that things will be better a week from now.

In their current form, weapon mods are consumable items that attach to a single slot on any weapon in the game, adding perks like increased magazine size or increased damage against a particular enemy type. You can dismantle a weapon with a mod attached to reacquire the mod, but things will be drastically different in Shadowkeep.

Because weapon mods will now be “reusable unlocks instead of consumables,” that means you want to try for at least one copy of each weapon mod. If they’re loose in your inventory — as opposed to attached to a weapon — they will be converted into the new type when Shadowkeep launches. There are 16 different weapon mods available from either Ada-1 (Black Armory NPC) or Banshee-44 (Gunsmith NPC). You can also acquire them via random drops.

In terms of action items: Reference a list of weapon mods and try to have at least one copy of each in your inventory. If you’re missing a few, scour your inventory for weapons that do have mods, and consider deleting the weapon to reclaim the mod. (If you need to, use something like Destiny Item Manager, search for “Empty Mod Socket,” and investigate any weapon that doesn’t show up — it’ll have some kind of mod.)

Spend your Mod Components with Ada-1 and Banshee-44 to get whatever mods you might be missing, then hoard any other Mod Components you collect. Also, this should be obvious, but do not apply any weapon mods to a weapon until after Shadowkeep launches.

Currently, items acquired from Tess Everis’ Eververse store dismantle into large amounts of Bright Dust, a special currency only valid in the store. There are emotes, weapon ornaments, ghost shells, sparrows, and some cool-looking pieces of armor that come out of the Eververse.

When Shadowkeep launches, these items will dismantle into legendary shards and glimmer — two valuable currencies — but the overall value will be so slight that you’re better off dismantling these things now for the Bright Dust, especially those Eververse armor pieces set to be rendered obsolete by Armor 2.0 anyway.

Eververse items for Season of the Undying won’t unlock until Tuesday, October 15 at 1 p.m. Eastern (probably), so you’d do well to stockpile the currency ASAP and wait for then. By all means, keep any specific Eververse items you do like, but don’t hesitate to delete that armor. 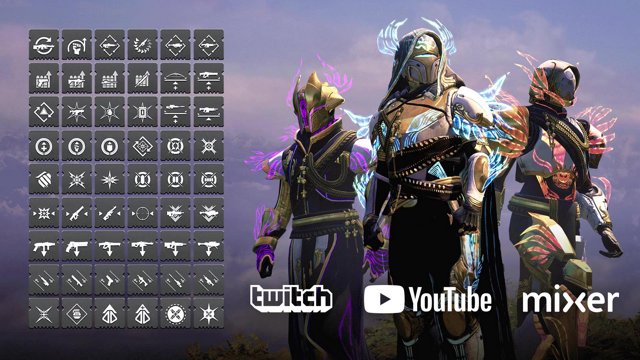 Delete (almost) all of your old armor

With the exception of a fully upgraded set of Solstice Armor, almost every piece of armor you own should go right in the garbage … almost.

A great roll is a great roll on any item in Destiny 2. You shouldn’t be deleting any armor piece that has an “Enhanced” version of a perk on it. In the early days of Shadowkeep, you’ll want to wear all your best armor suited to each game mode. It’ll take some time before anybody has a truly good set of Armor 2.0 worth using. Consider setting aside armor sets for Crucible, general PvE, and Gambit — dismantle the rest and relish in the overwhelming hoard of various currencies you’ll wind up with.

Currently, my vault is less than 10 slots away from the max capacity of 500 items, and all three of my characters are close to full up. I’ll be deleting every single Wing Contender helmet I own, but I’ll save my Revere Dawn Casque with Enhanced Sniper Rifle Targeting. I’ll also keep my Nea-Thonis Breather because it looks hella cool.

Excuse me while I fire up my PlayStation 4 to start taking my own advice on all of this.