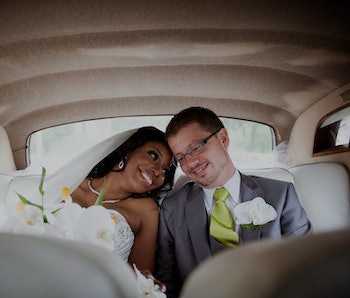 When fantasizing about your ideal partner you might imagine them to be smart, or rich, or strong, but according to recent research published in the Journal of Personality, what people actually look for above all else in a partner is kindness.

The study looked at the preferences of an international group of 2,700 college students of mixed sexes and nationalities and had them complete a build-your-own-partner survey in which they were offered eight different traits to choose between and a certain amount of credits to “buy” different traits. In addition to kindness, the traits the students were able to choose between were: physical attractiveness, good financial prospects, humor, chastity, religiosity, the desire for children, and creativity.

The students were asked to consider these traits under different budget constrictions to determine which traits were considered necessities, indispensable or luxuries. In turn, necessities became the traits that received the largest allocation of money during a low budget scenario, and as budgets became more relaxed, were increasingly allocated fewer dollars.

The study determined that, across the board, students spent a large portion of their fake funds — 22 to 26 percent — on making sure their partners had kindness, making it a necessity for all. But it wasn’t all hugs and roses: Following closely behind that in terms of preference were physical attractiveness and financial prospects.

Additionally, the study found that traits like chastity, creativity and the desire for children were considered luxuries by groups of both sexes and received less than 10 percent of students’ “money.”

While there were some similarities between the way students of different nationalities and sexes chose to create their partners, there were also some pretty obvious differences. Good financial prospects emerged as a necessity among all the women. Meanwhile, humor in a partner was indispensable for men across cultures, though considered a necessity for only Western men.

Another dividing difference between cultures was the importance of whether or not a partner wanted children. The study found that this was a trait more highly prioritized by Western women, something the study’s authors theorize may be related to the prevalence of family planning in different parts of the world.

“In cultures where contraception is widespread, a partner’s desire for children may predict the likelihood of starting a family,” first author Andrew G. Thomas, Ph.D., explained. “In contrast, in cultures where contraception use is less widespread, having children may be a natural consequence of sex within a relationship, making actual desire for children less relevant.”

While this study didn’t reveal a secret formula for the one perfect partner, it does offer another way to consider your priorities when next swiping on Tinder.

Conclusion: The tendency to prioritize reproductively fundamental traits is present in both Eastern and Western cultures. The psychological mechanisms responsible for this process produce similar prioritization patterns despite cross-cultural variation.