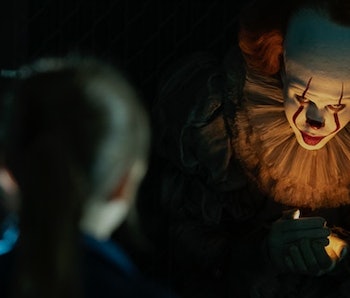 Bad news for anyone who loved 2017’s It but hasn’t seen the sequel yet: It: Chapter Two is kind of a dud. Despite some award-worthy acting from Bill Hader, a spine-tingling performance from Bill Skarsgård as the evil clown that terrorizes a small Maine town every 27 years, and enough horrifying CGI to fill a year’s worth of Blumhouse thrillers, this sequel fails to recapture the magic of the first movie.

Look, it’s not like there’s nothing good about It: Chapter Two. There are a few really fun scenes (that old woman they teased in the trailer is downright terrifying), but for the most part, the movie falls flat. It’s way too long, not nearly scary enough, and lacks the 1980s charm of the first one. It’s also weirdly kinda racist and homophobic.

Question: What did you think of It: Chapter Two? Was it as good as part one? Better? Worse? Send your response to jacob@inverse.com and I’ll feature the best answers in next week’s newsletter.

That said, as diehard horror fans with a passion for all things Stephen King, we did have a few thoughts on what made this movie good and bad. So here are three things worth reading about It Chapter Two based on our own analysis and an exclusive interview with the screenwriter, Gary Dauberman.

As Pennywise would say: “We all float down here.”

Let’s Talk About That Ending…

Even if you’ve read the book or watched the original It miniseries, you probably didn’t see the end of It: Chapter Two coming. That’s because screenwriter Gary Dauberman took a few creative liberties in an attempt to simplify some of the trippier parts of Stephen King’s book.

In the book, the adult Losers’ Club teams up with Maturin (a cosmic space turtle, yes seriously) to defeat Pennywise. Sadly for any tortoise fans out there, Maturin was written out of It: Chapter Two, which also changes the movie’s villain from a primordial evil energy into some sort of nefarious alien. If that sounds like a lot to cover in a movie, well, you’re right, and Dauberman agrees.

“I was trying to wrap my head around a giant turtle floating through space and then Bill standing in front of it,” he told Inverse. “From a cinematic standpoint, I had a hard time.”

However, Maturin’s not totally missing from It: Chapter Two. Dauberman actually snuck Maturin into the movie as a clever Easter egg. Remember that scene where Mike (James McAvoy) and sees a vision of how to defeat Pennywise? The substance he consumed was also called Maturin.

“Maturin is actually what we call the root that Mike takes from the Native Americans as part of his journey to help guide his path on how to ultimately defeat Pennywise,” Dauberman said. “Maturin’s still there in the movie. It’s just not personified by a giant turtle.”

Pretty cool, but I’m still kinda bummed we didn’t get to see a giant space turtle on the big screen.

Why Richie Is the Best Character in It: Chapter Two

It’s not just Bill Hader’s great acting (though the SNL alum has already proven he’s more than a celebrity impressions machine). This movie gives Richie some of its best moments while also expanding on the role in some ways the book never could. Most notably, the subtext in that Richie had a homosexual crush on his friend Eddie becomes much more clear in It: Chapter Two.

“That love story has defined him,” Dauberman told Inverse. “And I think that the way it’s crafted in the movie, the way [director] Andy [Muschietti] and Bill just handled it really beautifully — I love those little nods.”

It: Chapter Two makes this explicit in a few different ways, but the most obvious comes at the end, when we see Richie etch the “R + E” into the side of a bridge. It’s a direct reference to the fan theories that have romantically linked these two characters for years under the title “Reddie” (Richie + Eddie).

In another touching moment, an adult Richie visits his childhood movie theater. Now rundown, the theater’s small arcade is covered in dust and cobwebs and the old Street Fighter game he played as a kid no longer works. But in a flashback, we see young Richie sparring digitally with another tween. It’s a touching moment, and another hint at the internal feelings the character is struggling with as a boy in small town 1980s America.

People my age (I’m 27) were among the last to enjoy arcades for what they were: gathering places to show your stuff. But modern online gaming replaced arcades at such lightning speed, that it’s hard to remember the last time us elder millennials walked out of an arcade and never went back. However, It: Chapter Two uses the fabled setting of arcades, and specifically Capcom’s classic game Street Fighter, to help nostalgic audiences remember that very specific time and place. Read more.

How It: Chapter Two Could Have Been Great

Maybe the best way to make It: Chapter Two a good movie was to not make it a movie at all. In an op-ed that already has me convinced, Corey Plante argues that Warner Bros. should have released the sequel as an interactive streaming series that’s one part Disney+ and one part Black Mirror: Bandersnatch.

“Consider this,” Corey writes. “The first and second acts of It: Chapter Two are already procedural in execution. Each member of the Losers’ Club gets a phone call from Mike Hanlon requesting they come back to Derry. One of them barfs. One of them gets in a car accident. Two of them get in a fight with their spouse. One of them dies. Why aren’t each of these a short episode? Wouldn’t it be cool if you could choose what order you see them in?” Read more.

Reader Mail From a Galaxy Far, Far Away

Last week, I asked if you thought Dark Rey in the latest Star Wars: The Rise of Skywalker was real or just a Force vision. I got a ton of responses, so here’s just a few of my favorites:

St. Alban’s Episcopal Church in Florida. “I think Dark Rey is a force vision!” he wrote.