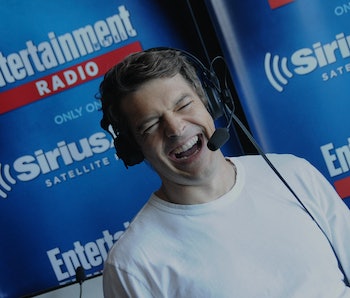 Jason Blum did not have a good October. After his burgeoning production company, Blumhouse Productions, rolled out no fewer than 11 horror movies during the first nine months of the year, it launched two bona fide bombs. Paranormal Activity: The Ghost Dimension, the last entry in the company’s flagstone franchise, floated into theaters to the tune of a measly $8 million. And Blumhouse’s musical adaptation of 1980s cartoon Jem and the Holograms, fared even worse with just $1.3 million. But compare the two movies and you’ll see the shortcomings with the company’s model of producing movies on a shoestring budget. For Blumhouse, horror pays, and other genres do not.

Blum, the son of erstwhile Andy Warhol art dealer Irving Blum, has produced movies in Hollywood since 1995, but only broke through with 2009’s Paranormal Activity. Made on a budget of $15,000, that Blumhouse movie went on to gross nearly $200 million worldwide. The company then spent $3 million to make 2010’s Paranormal Activity 2 and raked in nearly $178 million. Blumhouse scored next with the $1.5 million Insidious, which cashed in nearly $100 million.

Blumhouse continued to make micro-budget horror movies, landing the occasional hit — Sinister, The Purge. The dirt-cheap productions minimized financial risk and almost couldn’t help but return a profit. It’s a formula that operates in strict dollars and cents. The seemingly critic-proof movies were programmed to make back their tiny budgets and then some in the first weekends before basically disappearing from the conversation altogether until the Blu-rays hit store shelves. They’d then tack on some more cash.

Blumhouse’s low-budget movies were for teenagers looking to blow their allowance on scary movies with their friends at the multiplex on a Friday night. The idea worked many times over.

That track record allowed Blumhouse to earn the backing of studio marketing departments at Paramount and Universal that would guarantee nationwide exposure for movies that would otherwise barely register. The company went all-out in 2014, releasing 14 movies in theaters and on video on demand. For the first time, too, Blumhouse tried to expand meaningfully past cheap scares.

Built on horror, Blumhouse previously toyed with comedy in 2012’s instantly forgettable The Babymakers starring Olivia Munn, which even for a Blumhouse flick received horrendous reviews in its brief limited release before being dumped onto VOD, where it didn’t even break $10,000. Likewise the company’s 2013 comedy, Best Night Ever, the first original feature from spoof movie hacks Jason Friedberg and Aaron Seltzer, didn’t even get a theatrical release. Stretch, another comedy, was dropped by Universal Pictures before being similarly banished to VOD.

The Normal Heart, the AIDS crisis drama that debuted on HBO and was directed by eclectic filmmaker Ryan Murphy, was Blumhouse’s first brush with crossover success. The TV movie went on to be nominated for multiple awards, even winning an Emmy, a Golden Globe, and a SAG Award.

The anti-horror inclinations seemed to culminate with Whiplash, Blumhouse’s jazz drumming drama that blew away Sundance and went on to earn three Academy Awards and a Best Picture nod.

Whiplash may have been a critical darling that made nearly $14 million on a $3.3 million budget, but compare that to the ridiculous profitability of Blumhouse’s horror movie Ouija. Both were released in 2014, yet the critically reviled Ouija made more than $100 million worldwide on a $5 million budget. Who can even hear negative reviews through the deafening sound of money raining down around you?

In the year after Whiplash’s release, Blumhouse stuck to horror, and were paid handsomely for it. The $43.4 million budgets of its theatrically released movies in 2015 up until Jem and The Ghost Dimension pales in comparison to their over $531 million combined grosses.

Numbers seem to be most telling here. And by the numbers, Blumhouse just can’t cross genres. Whiplash, far and away the company’s most acclaimed film, looks like a mere hobby project compared to the money it makes from horror. Jem and the Holograms, with its 71 percent second-weekend dropoff, and the weakness of The Ghost Dimension point to the benefits of more, fresh, cheap horror franchises.

To his credit, Blum himself stuck up for Jem, saying, “I still stand by the movie, I’m proud of the movie,” before concluding with, “I’m obviously sorry it didn’t do better.” A wise person once said if it ain’t broke don’t fix it. But for Blumhouse it should be if it ain’t scary, don’t make it.