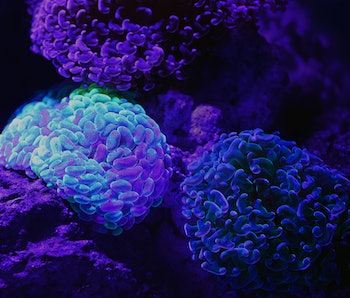 Research on professional football players has shown in recent years how traumatic brain injuries leave lifelong marks. But it might not take a career of football to cause lasting damage. One-time head injuries can cause physical changes in the brain that remain for a long time. New research shows that the brains of humans who experienced a single traumatic brain injury in an assault, car crash, or fall bore the marks of their experience decades later.

In a paper published Wednesday in the journal Science Translational Medicine, researchers presented brain scan evidence that people who’d suffered traumatic brain injuries an average of 31 years prior showed clear evidence of a specific form of a brain protein called tau. This form, called phosphorylated tau, is known to accumulate in the brain as a result of traumatic brain injury, and it’s a hallmark symptom of both chronic traumatic encephalopathy and Alzheimer’s disease.

Before now, phosphorylated tau was difficult to spot with brain scans in living people, which is why CTE is usually only diagnosed from symptoms such as depression, dementia, and aggression — and that diagnosis is only 100 percent certain after death. Nikos Gorgoraptis, Ph.D., Imperial College London neurologist and the paper’s first author, told Discover Magazine that this development is crucial for helping people who might be at risk for long-term consequences of TBIs.

“It is important to be able to detect tau in the brain during a person’s lifetime, as this in the future might lead to timely treatment to slow down dementia in this vulnerable patient population,” he said.

Using positron emission tomography (PET) scans along with a fairly new chemical called flortaucipir, the team scanned the brains of their subjects for phosphorylated tau. Flortaucipir binds very strongly to phosphorylated tau, so when patients were injected with the chemical and given brain scans, it showed up vividly.

Out of 21 volunteers, most of whom had experienced their head trauma during traffic accidents decades earlier, two-thirds had elevated levels of phosphorylated tau compared to healthy control subjects of similar ages.

The team writes that genetic factors could help explain why some of the subjects showed more neurodegeneration than others in the years following their injury, but future research with more subjects will be necessary to clarify this effect.

So while it’s not totally clear whether one single traumatic brain injury is as bad as an NFL career’s worth of blows to the head, it’s clear that the consequences are just as long-lived for some individuals.

Abstract: Traumatic brain injury (TBI) can trigger progressive neurodegeneration, with tau pathology seen years after a single moderate-severe TBI. Identifying this type of posttraumatic pathology in vivo might help to understand the role of tau pathology in TBI pathophysiology. We used flortaucipir positron emission tomography (PET) to investigate whether tau pathology is present many years after a single TBI in humans. We examined PET data in relation to markers of neurodegeneration in the cerebrospinal fluid (CSF), structural magnetic resonance imaging measures, and cognitive performance. Cerebral flortaucipir binding was variable, with many participants with TBI showing increases in cortical and white matter regions. At the group level, flortaucipir binding was increased in the right occipital cortex in TBI when compared to healthy controls. Flortaucipir binding was associated with in- creased total tau, phosphorylated tau, and ubiquitin carboxyl-terminal hydrolase L1 CSF concentrations, as well as with reduced fractional anisotropy and white matter tissue density in TBI. Apolipoprotein E (APOE) 4 geno- type affected the relationship between flortaucipir binding and time since injury, CSF β amyloid 1–42 (A β42) concentration, white matter tissue density, and longitudinal Mini-Mental State Examination scores in TBI. The results demonstrate that tau PET is a promising approach to investigating progressive neurodegeneration associated with tauopathy after TBI.