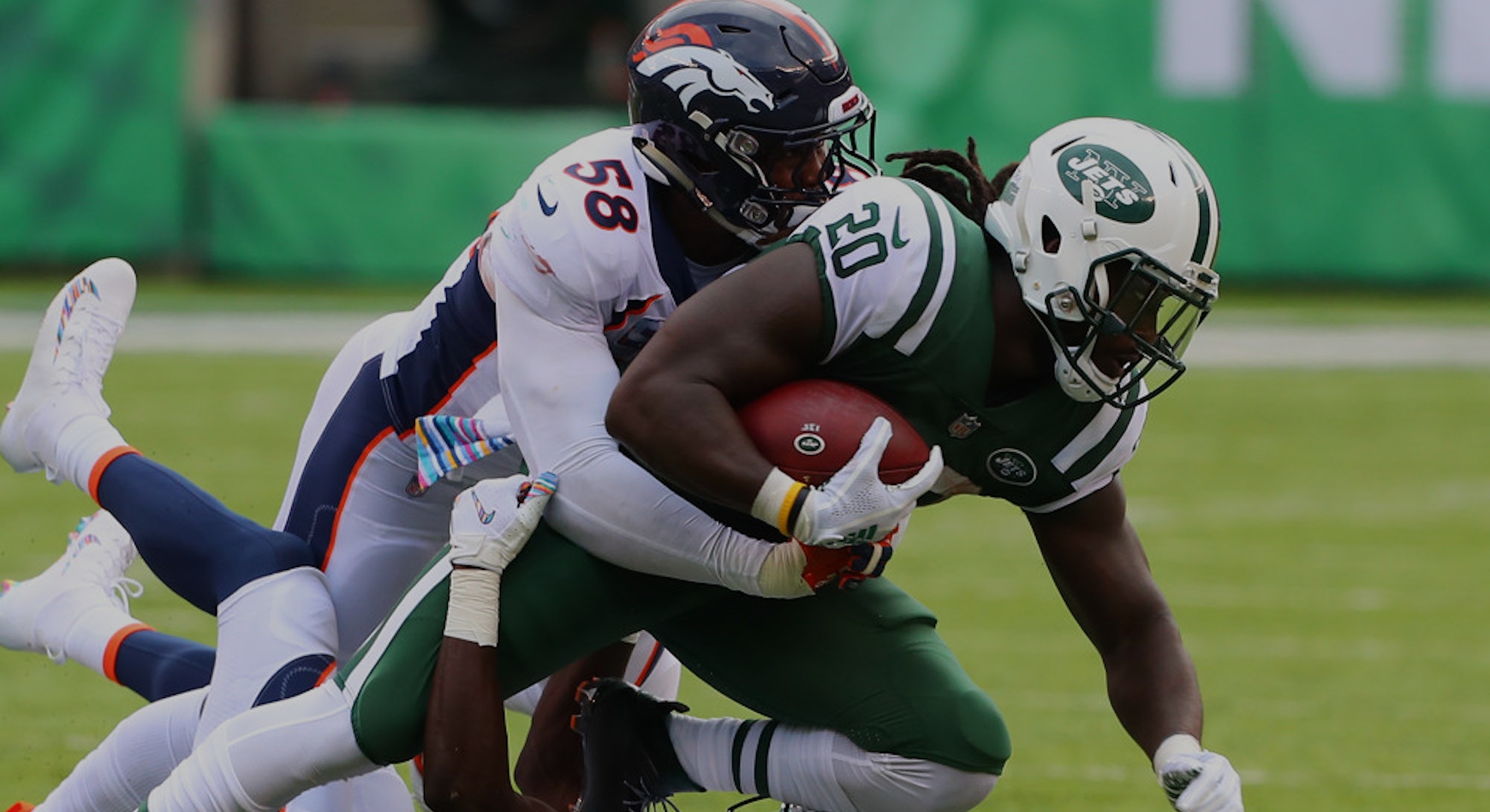 It’s college football season — the time of year when rising stars will put their brains and bodies on the line to earn a multi-million-dollar NFL contract. But a long NFL career comes with serious risks that may not be worth the paycheck. Going by new research released Friday from a team at Harvard’s T.H. Chan School of Public Health, the highest level of the sport brings long-term consequences that last into retirement.

There are several large studies showing that concussive hits over the course of a football career are linked to chronic traumatic encephalopathy (CTE), a neurodegenerative disease whose symptoms include dementia and aggression. There is also research that complicates the picture by suggesting that CTE isn’t as common as doctors suspected. But the new paper, published in the American Journal of Sports Medicine, starkly illustrates the long-term risks of playing football professionally.

"Our study shows the risk related to playing in the NFL, over and above the effects of college and high school football."

A five-year stint in the league was associated with a nine percent increased risk of showing depressive symptoms and a 19 percent increase in poor cognition-related quality of life — meaning that players struggled with everyday tasks like reading comprehension, for example. These risks also differed by position. Compared to kickers, running backs and offensive linemen were at higher risk — though many more positions were also risky.

Roberts tells Inverse that these effects don’t just happen from playing football in school (the basic requirement for earning a professional contract). Once you get into the big leagues, things only get worse:

“By finding an association with years in the NFL with serious cognitive problems and depression, our study shows the risk related to playing in the NFL, over and above the effects of college and high school football,” she says.

Again, authors of this study declare significant funding from the NFL Player’s Association, and one author serves on the advisory board for Myomo, Oxeia Biopharmaceuticals, ElMINDA and BioDirection — all companies active in the world of biotech and biopharmaceuticals.

Risks From a Life in Football

Roberts’ team’s study demonstrated a “dose responsive curve” between seasons played in the NFL and anxiety, depression, and lower cognition-related quality of life. This means more time spent in the NFL was correlated with these injuries. Therefore, Roberts hypothesized that the professional game may carry additional risks compared to the youth or college game.

Sadly, these effects plague both recently retired and long-retired players. In players who were younger than 55 at the time of the study 13.3 percent reported severe impairment (248 out of 1,861 in that category). But overall, associations with depression, anxiety and lower cognition-related quality of life lasted nearly 20 years after some players retired from the league.

These risks point to the dangers associated with the game itself — which come from constant concussive or sub-concussive hits to the head. When you look more closely at the positions themselves, you see strong patterns in risk that are correlated with how much of a beating they take over the course of the 16 games in a regular season.

In their analysis, Roberts’ team separated the positions on the field into three categories, going by how many concussion symptoms they reported in a single season. The lowest category included kickers, punters, and quarterbacks, with less than two episodes of concussive symptoms per season. Then came the medium category: wide receivers, defensive backs, linemen, and tight ends, who had an average of 2-3.3 concussion symptoms per season. Finally, the high category: running backs, linebackers, and special teams, with more than 3.3 mean concussive symptoms per season).

There, she noted that players in both the medium category and the high category were still at elevated risk compared to those in the first category — which is why she believes that most players are at risk.

“On the other hand, all positions were at greater risk of serious cognitive problems, depression, and anxiety compared with kickers, punters, and quarterbacks, suggesting that exposure to concussions is high enough to increase risk of lasting health problems for most men who play in the NFL,” Roberts says.

So in some positions, players and officials may want to take special care. But the vast majority seem to be at risk for long-term conditions — which begs the question, is it really worth it?

This study is coming at an interesting time. In the last few weeks, some big NFL stars have announced that the football’s physical risks are too great for them.

The New England Patriots’ tight end Rob Gronkowski has retired, but this week he has quieted rumors of a return after he told reporters that he could feel a “centimeter of liquid” in his head during his nine-year career with the Patriots, not to mention mood swings. He also recently announced a partnership with a company that sells CBD products — CBD has been used by athletes to treat pain symptoms.

Additionally, Indianapolis Colts quarterback and Stanford standout Andrew Luck announced his retirement from the game at age 29 because of physical and emotional burnout (for comparison, Tom Brady, who’s still playing, is 42). Sports Illustrated reported that his retirement has resonated with other players who have also struggled with persistent injuries.

These announcements just came in the past week, before Roberts’ team published their results. And it’s important to note that neither Luck nor Gronkowksi played in either of the positions that this study highlights in detail. But both have been vocal about the role of sustained injury in their decisions. The neuropsychiatric injuries that Roberts’ team details are less visible to the naked eye, but no less sinister — and her study is sponsored by the Players’ Association, after all.

In that sense, Roberts’ paper is coming when close attention is already focused on injury in the NFL. Sometimes the costs of these injuries aren’t worth the professional contract, and in the conclusion the researchers suggest that some may not even be worth returning from:

“Active players, along with medical professionals that care for them might consider their future health in deciding to continue a football career following concussion,” they write.

Methods: We examined whether seasons of professional football, playing position, and experience of concussions, measured by self-report of 10 symptoms, were associated with cognition-related QOL and indicators of depression and anxiety in a cross-sectional survey, conducted 2015-2017. Cognition-related QOL was measured by the short form of the Quality of Life in Neurological Disorders, Applied Cognition. The Patient Health Questionnaire (PHQ)-4 measured depression and anxiety symptoms. Of 13,720 eligible men with apparently valid contact information, 3,506 players had returned a questionnaire at the time of this analysis (response rate=25.6%).

Conclusion: Our data suggest that seasons of play and playing position in the NFL are associated with lasting neuropsychiatric health deficits. Additionally, poor cognition-related QOL, depression, and anxiety appear to be associated with concussion in the long term.