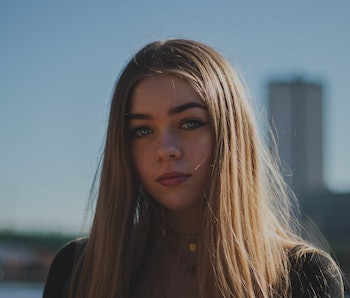 The pill is one of the great success stories of modern medicine. When it became widely available in the 1960s, it helped to revolutionize the role of women in society by giving them unprecedented control over their fertility. Today, more than 100 million women around the world take hormonal birth control pills, and they are particularly popular among teenagers.

The pill is, of course, a highly efficient method for preventing unintended pregnancies. Even some women who are not sexually active use it for other reasons, including to reduce menstrual pain or treat acne. However, it was originally developed as a medication for adults, and much remains unknown about the potential side effects for younger users.

Puberty is a critical life stage that is marked by rapid growth and changes in the body and brain. In animals, sex hormones such as estrogen and progesterone are known to affect how the brain develops during puberty. If the same is true for humans, taking synthetic estrogen and/or progesterone — core ingredients found in most formulations of the pill — during this sensitive period could affect development in ways that have long-lasting consequences on mental health.

Overall, research has yielded mixed findings about the relationship between hormonal contraceptive use and depression. Some studies have found no relationship, and others have found a lower risk of depression in adult pill users compared to non-users.

Recently, however, the largest study to date on this topic — which included over 1 million women living in Denmark — concluded that women who are using the pill or other hormonal contraceptives are at an increased risk for depression. The study also showed that this relationship was strongest in teenaged women.

Our latest study, published in the Journal of Child Psychology and Psychiatry, goes beyond prior research by examining whether contraceptive pill use might not only predict depression risk in the short term but also in the long term. We examined data on 1,236 women between the ages of 20 and 39 enrolled in the National Health and Nutrition Examination Survey who had provided information about their history of contraceptive pill use.

These group differences in depression risk remained stable — or increased — when we statistically controlled for a large number of other differences between the three groups, including age at first period, age at first sexual encounter, current relationship status, socioeconomic status, ethnicity and current contraceptive pill use.

Our findings suggest that the use of oral contraceptives during the teenage years can have an enduring effect on a woman’s risk for depression, even years after she ceases using them.

Women’s Prior Contraceptive Use

Why, then, have there been conflicting findings on the relationship between contraceptive pill use and depression in the past? We think that these contradictions could be explained by how researchers grouped the women they studied.

Smoking, for example, has long-term effects on lung cancer risk. If researchers were only to compare current smokers versus current non-smokers without taking into consideration whether someone is a former smoker, they might conclude that there is no relationship between smoking and lung cancer risk. Combining ex-smokers and lifelong non-smokers into a single “current non-smokers” category can result in misleading conclusions, because those two groups of people may have different lung health due to the long-term effects of smoking.

For the same reason, we believe that future research should look at ex-users and lifelong non-users of the pill separately.

The decision to take hormonal contraceptives is a very personal one, and we emphatically support the United Nations’ declaration that access to contraceptive information and services is a universal human right. There are clear benefits to using the pill and many women do not experience adverse side effects.

We do believe that there is an urgent need for more research on this topic. We do not believe that all women are likely to experience the same side effects when they take contraceptive pills. Thus, any blanket statement suggesting that teenagers should or should not follow a specific course of action regarding the use of hormonal contraceptives is, in our opinion, premature.

We do, however, hope that our research might prompt teens and their parents to talk to their doctors about the risks and benefits associated with different options that are available to them, especially if they have a family history of depression or other reason to think that they might be particularly vulnerable to certain side effects of these medications.

Importantly, because our study was correlational, we can’t conclude that using the pill actually causes increased depression. Although we statistically controlled for every available variable in the data set that we felt might provide a plausible alternative explanation for the relationship we were examining, we can’t entirely rule out the possibility that another variable that we failed to look at accounts for the relationship between pill use and depression risk.

Ultimately, our study is just one piece of a much larger puzzle that will need to be filled in with a combination of correlational and experimental research designs. Each of these designs has its own strengths and limitations. Converging evidence is needed from animal as well as human studies, epidemiological data sets, and randomized controlled trials and cross-sectional and longitudinal designs.

Towards this end, we recently launched a prospective study at the University of British Columbia to look at this question in a broader context. We will be tracking several hundred teenagers’ hormone levels, hormonal contraceptive use, social and emotional functioning, and stress reactivity over the next three to five years.

We hope our research will promote more informed dialogue and decision-making about the prescription of different methods of birth control for teenaged women.

This article was originally published on The Conversation by Christine Anderl and Frances Chen. Read the original article here.

More like this
Mind and Body
5.14.2022 11:00 AM
How to treat adult ADHD: A psychologist explains medication and more
By Laura E. Knouse and The Conversation
Mind and Body
5.10.2022 10:31 AM
Studies linking nature to better mental health focus on wealthy nations — here's why that's a huge problem
By Nick Keppler
Mind and Body
5.5.2022 3:00 PM
Four low-key psychology hacks to increase life satisfaction for good
By Ali Pattillo
Related Tags
Share: