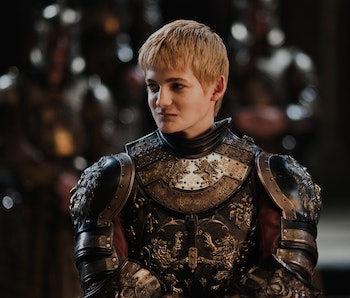 Bloodbitz comedy, the group behind the if Harry Potter was the villain Youtube sensation, has made a new creation posing the ever-important question: What if Joffrey was just misunderstood?

In this version of the tale, Joffrey is a sensitive boy who just wants to take a walk and look at the sunshine with Sansa, but Tyrion and Arya keep abusing him and his dad neglects him. He bravely pushes through and rises to the position of leadership. All the while, mournful music tugs at our heartstrings.

Could it be true? As far as Game of Thrones conspiracy theories go, this could beat the Jon-has-a-twin theory or our own Jaime is Boromir theory.