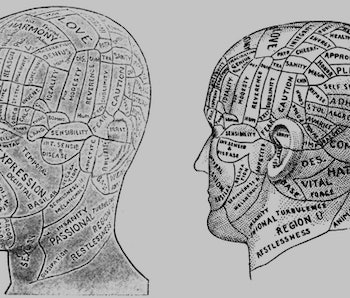 Former professional triathlete Joanna Zeiger holds a Ph.D. in epidemiology and is author of The Champion Mindset: An Athlete’s Guide to Mental Toughness. She can claim decades of experience in building mental toughness, and says it’s something athletes should be developing constantly. The more that mental toughness can be honed in the world of sports, the more easily it can be applied to real-world scenarios, Zeiger tells Inverse.

She’s the 2008 Ironman 70.3 world champion (it’s also known as the “half-Ironman”) and a former Olympian who placed fourth in the triathlon at the 2000 summer games in Sydney, Australia. Today, Zeiger works as a cannabis epidemiologist, using her degree from the John Hopkins School of Public Health.

“I loved the regimen of it,” Zeiger says of her early love of swimming that led to triathlons. “I really enjoyed pushing myself on a daily basis; I enjoyed setting goals and then seeing what I could do to achieve them.”

“It allowed me to test myself in very new ways — and I found I was also quite good at it,” she says of her triathlon experience.

Below is an interview with Zeiger about overcoming mental challenges on your way to success. It has been edited for clarity and brevity.

Inverse: What are the hurdles that an athlete might experience before they get their mind to a place where they can achieve optimal success?

Zeiger: I always felt that my athletic career was defined by mental toughness. I had the physical prowess to do well, but it was my ability to overcome a lot of the obstacles that I faced as an athlete that allowed me to achieve. And there were many.

I had exercise-induced asthma. When I was in graduate school I was still competing as a professional. I’ve had some injuries. There are always ups and downs for any kind of athlete — it’s never just smooth sailing. We are beholden to our bodies because our bodies don’t always serve us the way we want them to. So, our minds have to be very strong in order to overcome whatever things are placed in front of us.

Putting a book out there to help other athletes navigate difficulties so that they can achieve their goals, and most importantly love sport, was something very important to me.

How would you define mental toughness?

When I started writing this book, I had a very narrow definition of mental toughness. I thought, well, “you always need to just suck it up: If you’re having a tough day, suck it up. If you’re going through a slump, suck it up. If the weather is bad, you suck it up.”

That’s always what athletes have been told and it goes back to the idea of “no pain, no gain.” You just keep going and you push through that wall.

" Sometimes, pulling the plug is mentally tougher than keeping going.

Mental toughness is so much more broadly defined. It encompasses many things, like positive self talk, visualization, determination, and self-esteem. It’s this huge construct. Sometimes, pulling the plug is mentally tougher than keeping going. If you are sick or you’re injured and you have a big race coming up, being able to say “hey, I’m not really physically ready for this” is actually a harder decision than deciding to go and race.

What are the problems that you see affecting athletes’ minds before they go into a high-stakes situation?

Athletes are very worried about what other people think. They often become a more anxious than they would otherwise because they feel like the world is watching. The idea that social media, friends, and coworkers have their eyes on you can really have a negative impact.

"You have to be nice to yourself and you have to change your internal dialogue to a positive one.

One of the things I advise athletes is to be their own best champion. That means that you have to be nice to yourself and you have to change your internal dialogue to a positive one. If you’re not nice to yourself, you’ll be stuck in your head and all of that negativity is going to come through in some way. I tell athletes to ease up and don’t worry so much — just go out and do the best you can with what you have on a given day, and don’t let any single performance define you as a person.

The first is visualization. I’m a huge fan of it for many reasons, but one is that we don’t always have the opportunity to practice every scenario that could happen in training. With visualization you can practice millions of scenarios. Once you have this rehearsal in your mind, if something actually does happen, it won’t be unfamiliar and you may be able to deal with it in a less-frantic manner.

We all have negative self-talk, it’s natural. And if you get a flat tire in a race, you’re not just going to sit there and smile. But what champion athletes can do is banish negativity and change it into something positive in order to get through the moment.

When should this sort of mental training begin — a week before a race, the day before, or at the very start?

" You can train for mental toughness. If you’re not practicing often, it’s going to be more difficult to change your negative thoughts into positive ones.

Visualizations can also happen at home, or it can take the place of an actual workout. I know that when I was racing, and I was doing some long hard races like Ironman, a lot of times I would visualize myself crossing the finish line and laying down. To finally stop moving would be my reward.

There is something interesting about the language used here — associating “mental toughness” with things like being kind to yourself. Have you ever found that athletes struggle to take the time to consider these stereotypically softer emotions?

Definitely. Because of that idea of “go hard or go home,” it is different for athletes to consider this idea of “hey, it’s okay to stop a workout early if I’m not feeling well.” It involves being a lot more in tune with your body and your emotions, and having confidence in yourself to make a decision based on the knowledge that you’re too tired or you’re too close to having an injury.

What are moments in your life where you’ve used these skills to navigate a difficult situation?

I’m going to start with an anecdote that I share in my book and is a circumstance where I did not make a good decision. About five weeks before the Hawaii Ironman, many years ago, I tripped on a run. I overextended my leg and I tore my hamstring. But I still really wanted to race and I did everything in my power to race. I conferred with some experts, when through all this different therapy, and I took some time off running.

Yet, the week of the race, I still couldn’t run. I was very uncomfortable; my leg hurt. However, I still started the race and something in my warped brain thought something is just going to loosen up and I’m miraculously going to be able to run. My desire was just so strong. Of course, that was not meant to be and I ended up dropping out because my leg was terrible and I couldn’t run.

"I have learned to ease up on myself

In that circumstance my desire, and what I thought was great mental toughness, really got in my way of success. I had to spend more time healing.

About ten years ago I had a bike accident that has left me with numerous injuries to my rib cage. I now have severe chronic pain, nerve damage, and all sorts of nastiness going on. As a result of that, my training is now incredibly sporadic. A lot of days my running is a lot slower than it would be on a day where I feel well. Some days I even have to walk. Some days I can’t run at all, and some days I can’t even get out of the house.

I have learned to ease up on myself and not put a value judgment on the fact that when I go out I may not accomplish what I used to. I work on ways to get through it and simply appreciate the ability to get outside despite my condition, and frame my experience in a positive way.

Have you found that these skills can also benefit other parts of your life?

Oh, definitely. I think that with my numerous health issues, being an athlete has totally prepared me for them. I do feel that everything I have learnt in sport has given me a leg up in navigating this path.

This week’s chill icon is Tony Hawk. I’ve known Tony Hawk was a chill icon since Tony Hawk’s Pro Skater 2 but he continues to show us every so often that he’s a generally game, nice dude. I was reminded of this again on Wednesday when a video came out documenting Hawk learning how to do a big flip. There’s an elaborate When Harry Met Sally Metaphor; there’s a chat about falls being a lot harder when you’re 51. It’s chill in a casual-persistence-is-chill sort of way and worth a watch.