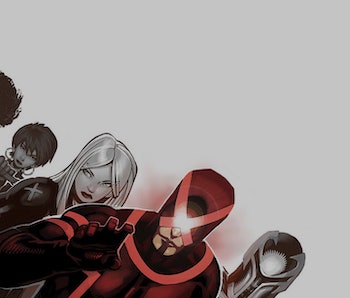 There is so much up in the air regarding Marvel’s “Phase 4” of its cinematic universe, and that’s without factoring in where the X-Men might fit.

Marvel screenwriter Zack Stentz, who co-wrote Thor (2011) and X-Men: First Class with Ashley Miller, says the Marvel faces a “challenge” when it comes it comes to including the X-Men because of how the MCU fundamentally defines its superheroes.

In a Fortune interview published on Wednesday, Stentz offered his two cents on how Marvel Studios could slot the X-Men into its vast universe, now that Disney has ownership over the property from previous owners 20th Century Fox. Stentz expects a “hard reboot” with new actors, but that’s not even the hardest part.

“To my mind, the biggest challenge of integrating the X-Men into the Marvel Cinematic Universe is simply that the X-Men are defined by being outsiders, hated and feared, whereas in the MCU, people with superpowers are our friends who rescue us from aliens,” Stentz told Fortune.

He added, “It’ll be interesting to see how they reconcile a world that likes superheroes with a world where mutants are persecuted as outsiders. But… I have no doubt [Kevin Feige] will figure out a way.”

Stentz’s insight is noteworthy considering he and former writing partner Miller both had back-to-back screenwriting credits, through Thor and X-Men: First Class, which were released within months of each other in the spring/summer of 2011.

Stentz has a great point: The characters who inhabit the MCU have long admired its superheroes, to the point that the Sokovia Accords in Captain America: Civil War (2016) were a contentious public issue. Kids in Peter Parker’s high school play “Fuck Marry Kill” with the Avengers.

But the X-Men, as a metaphor for persecuted minorities, endure prejudice from the general public. The introduction of the X-Men in the MCU will, in all likelihood, challenge the MCU’s conventional wisdom that superpowers are to be admired. (After all, even Jessica Jones had fans.) But we’ll only know for sure when there’s finally a Marvel-produced X-Men movie.

There is ongoing interest in the X-Men’s inclusion in the Marvel Cinematic Universe, after Disney spent over $54 billion acquiring former rival studio 20th Century Fox, which had the film/TV rights to Marvel’s X-Men. Marvel Studios President Kevin Feige told io9 back in April 2019 that Phase 4 was plotted before Disney’s merger with Fox, which means there won’t be any X-Men on the big screen until well after “Phase 4” itself has completed.

And Phase 4 is only about to begin, if Feige teases what’s to come at Comic-Con this weekend.