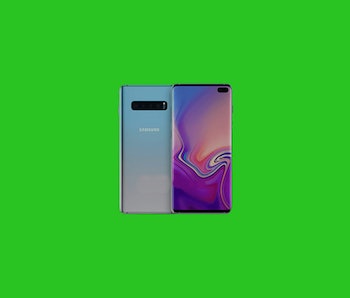 Existing discounts on last year’s smartphones — to make way for the 2019 handsets — plus additional Amazon Prime Day markdowns have landed a one-two punch on smartphone prices. If you’re in the market for an Android smartphone upgrade, the timing is ripe.

This year has already seen a flurry of fire phone launches, including Samsung’s Galaxy S10 Series and Google’s affordable but powerful Pixel 3a line. A few 2019 smartphone models have actually been included in this year’s Amazon Prime Day deals, though looking to the class of 2018 is a better bet if you’re hoping to get the biggest possible markdown.

Amazon customers will have until 3 a.m. Eastern on July 17 to hunt for deals on this year’s hottest mobile devices. Prime subscribers also have the option to shop straight from any Echo device by saying, “Alexa, what are my Prime Day deals?” Here are three big-name smartphones that are seeing markdowns during Prime Day:

If you’re looking for a cutting-edge phablet, your best bet is to try and seek out a Galaxy S10+, Samsung’s answer to the iPhone XS Max. The S10+ touts a massive, 6.4-inch display, three back cameras, two selfie cameras, and supports up to 1.5TB of storage with a microSD card.

It was released only in March for $999 and Prime subscribers can order an unlocked version for $700. That’s $100 less than a 2017 iPhone X on Best Buy’s online store, but the S10+ packs way more of a punch. Its specs are impressive enough so that it can almost double as a work device.

Amazon is also marking down the smartphones in Google’s Pixel line, which garnered rave reviews last year mostly over the Pixels’ incredible image-taking prowess. Unlike the majority of premium smartphones that opt for multi-lens solutions to improve picture quality, Google pairs a single lens with A.I.-powered improvements that can, among other cool features, shoot pictures in the dark.

Access to the Pixel’s raved-about camera would normally run consumers at least $600 for a 64GB Pixel 3, which is now marked down to $539. The biggest bargain, however, is probably the 128GB variant, which can be had for $639, a full 29 percent discount against the $900 normal retail price.

Of course, there’s more to the Pixel than the camera. Perhaps more than any of the other Android phones we tested last year, the Pixel offered the most intuitive, pleasant experience thanks to stellar haptic feedback. That may have something to do with the fact that Google makes Android software itself, and is able to optimize its hardware to run it as effectively as possible.

Here’s everything else that comes packed in the Pixel 3:

If you care less about your smartphone’s camera — and more about how long it can go without a charge — than you might want to look at Motorola’s Moto G7 Power. The long-lasting smartphones typically retails for $250, but is available for $195 with Prime Day deals.

Part of a budget-friendly trio of smartphones the company launched just in February, the Moto G7 Power was the standout. The smartphone’s defining feature is its 5,000mAh battery that can deliver up to three days of battery life, which bests even the far-more expensive S10+.

When the device does run out of battery, users won’t have to wait very long for it to juice up, either. The G7 Power supports 15-watt fast charging that can give it a nine hour charge in only 15 minutes. That makes the G7 Power the ideal phone for mobile power users that struggle to make their battery last until the end of the day:

Here’s what else to expect from the G7 Power:

If you’ve been sleeping on Amazon Prime, now might be the best time to make use of its one-time 30-day free trial to get in on these smartphone deals before July 17.