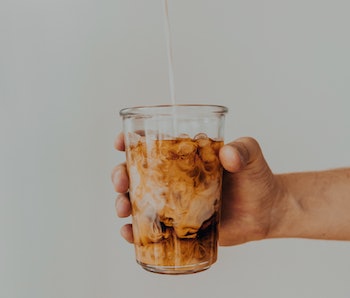 The bodies of all mammals are stuffed with two different kinds of fat. The kind we’re better acquainted with is white fat, which insulates us, cushions our organs, and acts as an energy reserve. Brown fat is less understood, though scientists do know its primary function is to generate body heat by burning calories. It’s only in the past decade that scientists discovered that human adults even store brown fat, but now that they’re aware of it, the search for how to exploit it for weight loss is on.

One option that’s emerged is drinking coffee. In a study released Monday in Scientific Reports scientists reveal that drinking just one cup of coffee can stimulate brown fat’s main function. Scientists theorize that it’s possible to harness its calorie-burning ability and apply it to weight loss.

The possibility that drinking coffee can promote weight loss is what scientists are excited about in this study. They claim this paper is one of the first to show that doing so can have a direct effect on brown fat functions.

“The potential implications of our results are pretty big, as obesity is a major health concern for society,” says study co-director and University of Nottingham professor Michael Symonds, Ph.D.. “We also have a growing diabetes epidemic and brown fat could potentially be a part of the solution in tackling them.”

In the first part of the study, Symonds and his colleagues tested whether caffeine could stimulate brown fat in mouse stem cells. Once they determined that was true, they took the study over to humans and gave nine healthy volunteers a sachet of Nescafé Original, which contains around 65 milligrams of caffeine. Before and 30 minutes after the volunteers drank the coffee, they underwent thermal imaging.

Previous studies had shown that brown fat activity can be observed under cold temperature conditions. Here, the scientists used thermal imaging to observe the patient’s brown fat reserves as they emitted heat. They focused on the neck area, where most brown fat is located, imaging each volunteer right after they had a drink to observe whether their brown fat got hotter.

They discovered that drinking coffee did, in fact, stimulate thermogenesis — the process of heat production in organisms — in the areas of the body that store brown fat. Taken together with the stem cell experiment, this result demonstrated that caffeine can promote brown fat functions and “may have the potential to be used therapeutically in adult humans,” the team writes.

Now, the scientists want to double-check whether caffeine — which has previously been associated with weight loss and increased energy expenditures in humans and animals — can consistently activate brown fat in humans.

“Once we have confirmed which component [of coffee] that is responsible for this,” Symonds says, “it could be potentially used as part of a weight management regime or as part of a glucose regulation program to help prevent diabetes.”

Brown adipose tissue (BAT) is able to rapidly generate heat and metabolise macronutrients, such as glucose and lipids, through activation of mitochondrial uncoupling protein 1 (UCP1). Diet can modulate UCP1 function but the capacity of individual nutrients to promote the abundance and activity of UCP1 is not well established. Caffeine consumption has been associated with loss of body weight and increased energy expenditure, but whether it can activate UCP1 is unknown. This study examined the effect of caffeine on BAT thermogenesis in vitro and in vivo. Stem cell-derived adipocytes exposed to caffeine (1 mM) showed increased UCP1 protein abundance and cell metabolism with enhanced oxygen consumption and proton leak. These functional responses were associated with browning-like structural changes in mitochondrial and lipid droplet content. Caffeine also increased peroxisome proliferator-activated receptor gamma coactivator 1-alpha expression and mitochondrial biogenesis, together with a number of BAT selective and beige gene markers. In vivo, drinking coffee (but not water) stimulated the temperature of the supraclavicular region, which co-locates to the main region of BAT in adult humans, and is indicative of thermogenesis. Taken together, these results demonstrate that caffeine can promote BAT function at thermoneutrality and may have the potential to be used therapeutically in adult humans.