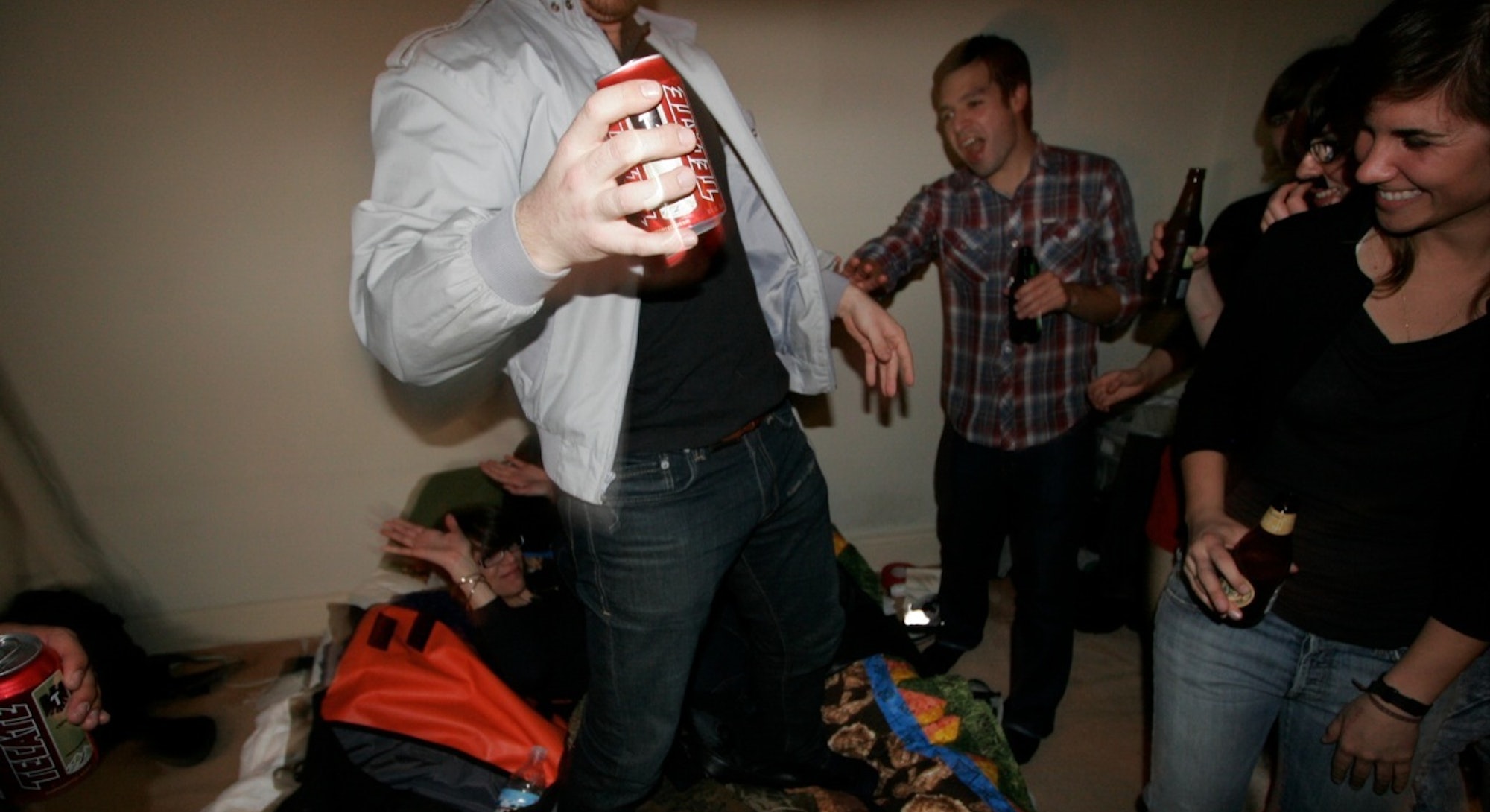 This past Sunday seven million people tuned in to watch a bunch of strangers in their twenties and thirties try to live together. Big Brother is quietly one of the most popular shows in the U.S. and much like it’s reality competition, it is based on the idea that hell is other people. In a sense, that also is the major theme of many sitcoms and no small number of Apatow flicks. Mating is fun. Roommating is hard.

I have lived with seven people, three people, alone, with my parents, with friends, and in a boarding house where my housemates effectively existed only in the halls and the toilets. My range of experience is good for some party stories, but not unusual. About 50 percent of adults live with their spouse, but that population is way lower among adults age 18 to 29.

At a time when vicarious house sharing is popular entertainment, it’s only reasonable to wonder how we’re being affected by these situations? When I asked psychologist John Kurtz of Villanova University if cohabitants personalities rub off on each other, I assumed the answer would be some variant of yes. But nothing is that simple.

What actually happens is that, in particular relationships, people alter their personality according to circumstance. When studying freshman roommates, Kurtz and his coauthors found that females are much more likely to be flexible and change how they relate to their roommates than men. Men aren’t likely to try to accommodate their roommate, but if the roommates’ living style matches theirs, then they’ll get along. In 1986 the psychiatrist Milton Rosenbaum summed up this point with his assertion, “I argue that attitudinal similarity does not lead to liking, but that dissimilarity does indeed lead to repulsion.”

While social-factors make up two-thirds of the reasons why people live with other people, authors of a 2012 paper in Quantitative Economics assert that the rest is determined by financial constraints. There’s a direct correlation between the optimal number of roommates and the consumption of household public goods: People who want more goods figure it makes more sense to have more roommates to share the costs. This was true in 1850 (when we started to track households) as it is today. That’s why changing income accounts for 37 percent of the decline of adults per household between 1850 and 2000. While a seventeenth century home had twice the number of adults than homes today, acquiring roommates is still a huge factor in living in high-cost areas.

“I’d take living with others over living alone any day—at least while I’m in my twenties,” says Conor, 25. “For every bit of frustration brought by living with others comes a deeper connection to a group who were previously strangers, and now feel almost like family. San Francisco is also just insanely expensive to live alone in.”

Conor lives with four other people, three males and one female, in San Francisco’s Presidio neighborhood. It’s the first time he has lived with this many people and he likes it. Older housemates inspire him to be “on their level” in regards to relationships and careers, and he has enjoyed building relationships within the house that feel “fundamentally different than the relationships built with friends.” But while Conor is amongst the 64 percent of young adults who aren’t living with a significant other, he’s not actually on trend. According to sociologist Eric Klinenberg, more people than ever are choosing to live by themselves: 17 million women and 14 million men. U.S. Census Bureau researchers believe that the trend equally affects young and older adults.

“Two major themes that are repeated within the literature that explores the reasons for the increase in one-person households,” writes Rose Kreider of the Census Bureau. “Americans prefer ‘privacy’ in living arrangements, and that increasing economic resources are often used to ‘purchase’ this privacy in the form of living alone.”

But what this means for people’s wellness when they live alone is contested. Personal space, the longest studied aspect of the relatively new field of environmental psychology, is considered to be a highly desired component of interpersonal relations (North American men want it especially). But while men 24 to 32 are twice as likely as women to live with other people, the growth of men living alone is on the rise. While this seems to be the manifestation of that desire for personal space combined with the economic means to achieve it, this is a point of concern to some. “Fifteen percent of households are women living alone [compared to the 12 percent of men],” writes Tim Henderson of Pew Charitable Trusts, “but men are more vulnerable to the dangerous side effects of the single life, like social isolation that can lead to health risks and a higher mortality rate.”

Are people who live alone, especially men, at risk for their wellness? John Cacioppo of the University of Chicago writes that the “steadily increasing number of people living alone” are “more likely to experience social isolation” which can lead to increased daily stress and worse sleep. NYU Researchers agree that lonely people have worse medical and psychological problems, but would still be lonely if they were living with roommates or spouses, as it’s more of a perception of being than an actual state. I learned that when I lived alone I could sing Rent as loud as I wanted. Is that a fair price for loneliness and potential “slower wound healing”? Maybe.

What is clear throughout research is that if your friends and peers are living in a similar situation to you, you’re going to feel happier about it. When discussing the three-in-ten adults ages 25 to 34 who live with their parents, the folk behind Pew Social Trends hypothesize that one reason adults may not be upset with their situation is because it is such a “widespread phenomenon”—among that age group 61 percent say they have had friends or family who have moved back home. Cohabitation between unmarried adults is in part so common because of peer influence. It doesn’t seem like an unnatural step.

“All of my friends with partners are moving in together,” says Kayla, 25. “I guess we’ve all hit our mid-twenties, we’ve all been with our partners for two plus years, and everyone is choosing to move in and start their lives together. We’re getting to be about the age where our parents started their families, and it just feels like the natural next step.”

Among the perks of living with your SO (apart from, you know, love and devotion): closer contact to family, more friends, and more acquaintances. So while you can’t be sure that the people you live with will have a positive affect on you, or if living alone will drive you deeply into social isolation, you can count on your coupled up friends to desperately and repeatedly ask if you want to go to dinner and a movie. That’s how the world works.