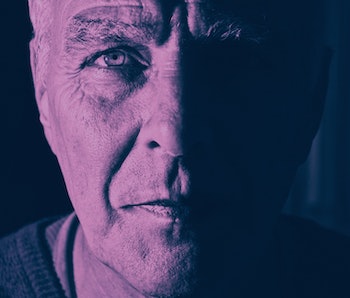 Some women are keenly aware of their ticking biological clocks, but men are also watching the time fly by on their own fertility-related timepiece. Early-stage research presented Wednesday suggests that, once a man passes a certain age, his semen quality declines. After that point, even assisted fertility techniques may have lower chances of success.

In a presentation at the annual meeting of the European Society of Human Reproduction and Embryology, a team of scientists from the UK presented evidence that the male biological clock strikes midnight at around age 51.

The team’s analysis of 4,833 records from men at the Center for Reproductive and Genetic Health (CRGH), a London fertility clinic, revealed that, after age 51, far fewer sperm samples reached the World Health Organization’s semen reference values. In tandem, rates of pregnancy using two methods of assisted fertilization declined significantly once a potential dad passed 51 years old — even if the mother was younger.

“Paternal age over 50 significantly affects the chance of success of assisted reproductive therapy, and there should be a public health message for men to not delay fatherhood,” the team writes in the study abstract. The work hasn’t been published in a peer-reviewed journal, and it is only based on information from one clinic, so it may be too early to apply these findings to everyone, but it poses an interesting idea — that there is a firm drop-off point for male fertility.

This study was jointly led by Dr. Dimitrios Mavrelos, a consultant obstetrician and gynecologist affiliated with the CRGH and University College London Hospitals, and Guy Morris, a clinician at CRGH.

Their early work seems to point to 51 as an age when conception starts to get especially difficult.

"Paternal age over 50 significantly affects the chance of success of assisted reproductive therapy.”

The team observed clear age-based patterns when they analyzed semen samples by age group. For instance, 61.1 percent of men under 51 had semen that hit the World Health Organization’s benchmarks for healthy sperm count, shape, and mobility, but only 42.1 percent of men over the age of 51 hit those marks.

Those changes in semen quality was also accompanied by changes in pregnancy rates.

The couples at the clinic were undergoing one of two types of assisted reproduction using fresh sperm: in vitro fertilization or intracytoplasmic sperm injection (ICSI). In both techniques, sperm and eggs are combined outside of the body, but there are some small differences between them. In ICSI, the egg is injected with a single viable sperm cell, a process that was developed specifically to combat infertility linked to a “male factor.” IVF, meanwhile, gives many sperm the opportunity to fertilize one egg in a dish.

The data showed that rates of pregnancy declined in tandem with paternal age, even with the use of assisted reproduction therapies like IVF and ICSI. For example, 49.9 percent of men below the age of 35 were able to use the reproductive technologies successfully (which means their partner was confirmed as pregnant). Between ages 41 and 45, 35.2 percent of men were successful. And by age 51, that number dropped to a 30.5 percent success rate. These results, they note, held steady even when controlling for the mother’s age.

The team’s findings present an interesting dive into the dynamics of men at this clinic, but they also build upon recent evidence that the male biological clock starts to run out somewhere in the 40s or 50s.

In May, a paper in Maturitas reviewed several studies surrounding “advanced paternal age,” which they place somewhere between 35 and 40. Overall, they noted that advanced paternal age is associated with a greater chance of risky pregnancies, including development of gestational diabetes, as well as certain health outcomes (like schizophrenia) in future children.

The authors of the Maturitas study actually suggest that men start thinking about sperm banking before 40 years old. Here, Morris and his co-authors extend the clock to around 50, though it seems as if reproductive success — even with assisted reproductive therapies — begins to decline even before then.

Regardless, it’s becoming clear that there really is a cutoff date for male fertility that can significantly affect how smoothly conception goes. Men may have a little longer to decide than women do, but it seems that sperm are still subject to the ticking clock.

Limitations, reasons for caution: The main limitation of this study is that it is retrospective and therefore vulnerable to confounding and bias. 80% of men ≥51years received ICSI treatment even though 42% had normal semen parameters. This may have confounded the results and reduced the perceived effect of increased paternal age.