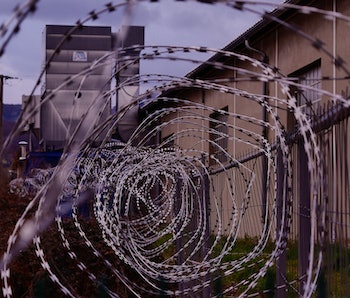 On Monday, Alabama Governor Kay Ivey signed into law a bill allowing the state to chemically castrate certain sex offenders as a condition of parole. Supporters say that doing so would artificially lower the testosterone of offenders who abused children under the age of 13, inhibiting their sex drive and help prevent them from committing further sex crimes. Opponents of this medieval policy, like the the American Civil Liberties Union, argue that the new law could violate the Eighth Amendment’s ban on cruel and unusual punishment.

Understanding the constitutionality of the new law, H.B. 379, requires taking a closer look at the procedure it actually authorizes the state to execute and, more importantly, what that procedure actually does to people.

What Is Medroxyprogesterone Acetate?

MPA is normally used to regulate ovulation and menstruation, as well as to help prevent complications associated with estrogen therapy in postmenopausal women. It’s commonly sold as a birth control medication under the brand name Depo-Provera. But when given to a male, it inhibits testosterone production, which hinders fertility and libido.

The hormone has to be administered regularly to remain effective. So, ex-offenders would be required to receive periodic injections or risk violating the terms of their parole and being sent back to prison.

Critics warn the that long-term effects of repeated use include cardiovascular disease and osteoporosis, even after treatments have stopped. These side effects, in addition to the possibility of long-term sterility, may support the ACLU’s argument that the punishment violates the Eight Amendment.

Some studies have suggested that chemical castration does work to reduce recidivism in sex offenders, though it’s not clear whether that’s actually due to the desired effect of reducing sexual urges.

Alan Turing, the British mathematician who was chemically castrated for the crime of homosexuality, famously took his own life shortly after the procedure, suggesting that there are deeper psychological effects of the process that lawmakers don’t seem to be considering. For instance, a 2004 study showed increased anxiety and depression in men after chemical castration.

Is Chemical Castration Even Relevant for Sex Offenders?

Perhaps most importantly, requiring chemical castration for sex offenders who have victimized children may be based on a misinterpretation of their crimes. As Dillon Nettles, policy analyst for the ACLU of Alabama, tells Rolling Stone, sexual abuse is not exactly about an offender’s sex drive.

“Sexual assault is about power. It’s not about pleasure or gratification,” he said. “The fact that they’re thinking that if you’ve committed a sex offense on a child under the age of 13, then [chemical castration] will somehow deter that from happening again, not only undermines what we know about sexual assault, it also undermines what Alabama considers itself doing with the criminal justice system.”

Alabama, for its part, is not the first state to sign such a bill into law. California, Florida, Georgia, Louisiana, Montana, and Oregon have similar laws requiring chemical castration of certain sex offenders. Texas allows repeat offenders to request surgical castration upon release but has outlawed any procedure as a requirement of parole and forbids parole boards from considering it in their decisions. Wisconsin can deny parole to offenders who refuse chemical castration.

So does it work? Maybe. Is it legal? For now. Is it a justifiable way to treat human beings? Almost certainly not.

More like this
Science
8.6.2022 11:00 AM
450 million years ago, Earth’s magnetic field almost collapsed — the results would have been apocalyptic
By CAROLYN COLLINS PETERSEN and Universe Today
Science
23 hours ago
Webb Telescope discovers an “amazing” galaxy from the edge of time
By LAURENCE TOGNETTI and Universe Today
Science
13 hours ago
Scientists now know how likely you are to be killed by space junk
By Monica Grady and The Conversation
Share: