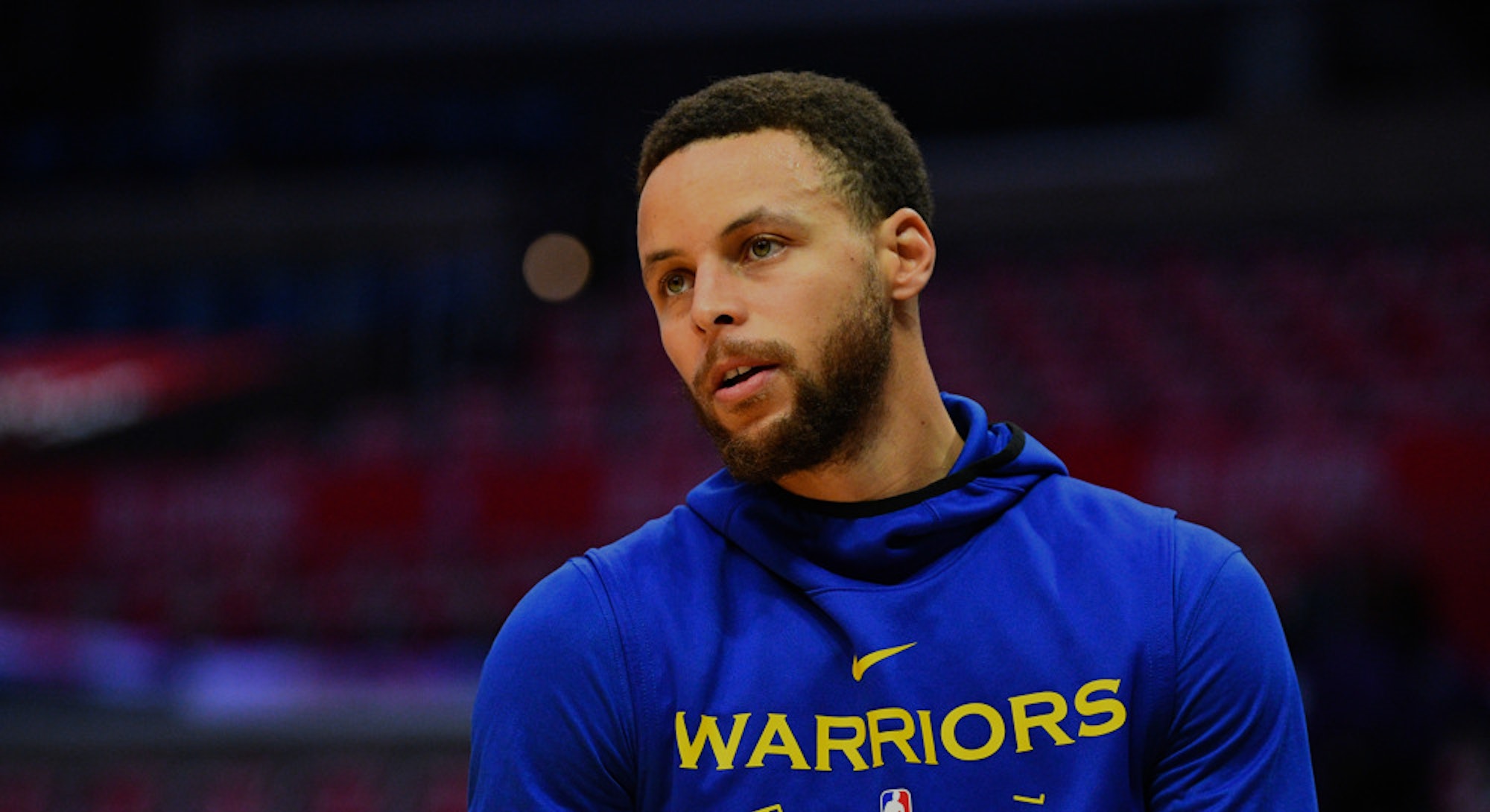 The Toronto Raptors lead the Golden State Warriors with a 2-1 record in the NBA Finals after a triumphant Game 3 in Oakland on Wednesday, and the Raptors seem to be picking up what talking heads in sports call momentum: the feeling that accumulated success will lead to greater success.

Though the concept is debated, some sports psychologists argue that momentum is a literal game-changer — and has the potential to decide the outcome of this historic series, as well.

Terms like momentum, “winning streak,” or “hot hand” (one that’s made many shots in a row) are thrown around casually to describe an experience sports fans know intuitively: When we feel like we’re winning, winning seems to come easier, whether that’s in the form of sinking multiple buckets in a row or winning a string of Finals games.

“What we often observe in athletes is that there are positive and negative changes in their mental states and behaviors when moving toward or away from the desired outcome,” University of Groningen sports psychologist Ruud J.R. den Hartigh, Ph.D. tells Inverse.

Many scientists studying momentum have cast doubt on whether those changes in mental states are based on any actual statistical patterns of winning — a valid objection. But den Hartigh and other sports psychologists argue that it’s the feeling that counts, so much that it really can lead to more wins.

Momentum Builds Within and Between Games

Momentum can be defined as the movement of a team or athlete toward or away from a desired outcome — in the case of the NBA Finals, that can be making a basket, making multiple baskets in a row, winning the game, or winning the series. That means there is positive and negative momentum, both of which can affect the way teams play within a game and across games in a series.

“So, momentum all has to do with that perception of moving toward or away from the desired outcome, and whether that outcome is still reachable,” says den Hartigh. That perception, as others have shown, has major impacts on how athletes actually play.

In his research, University of Maryland kinesiology professor and psychological momentum expert Seppo E. Iso-Ahola, Ph.D., together with kinesiologist professor emeritus Charles O. Dotson, Ph.D., has found that teams with momentum perform better because of the confidence that winning brings. Confidence, as Iso-Ahola explains to Inverse, plays a critical role in how athletes operate.

"It would be a mistake to think, after winning a game, that we now have a momentum that will carry us through the next game and ultimately, to the championship."

High-level athletic performance, he says, “occurs at the intersection of neurology and psychology, with specific motor movements (e.g., 3-point throws in basketball) being executed nonconsciously and automatically without any conscious interference (e.g., doubts).” An athlete performing at their peak doesn’t let pesky thoughts get in the way, and that’s where momentum comes in.

Momentum, says Iso-Ahola, “facilitates nonconscious processing and automatic execution of athletic (motor) movements that have been rehearsed over thousands and thousands of hours.” In other words, the confidence that comes with momentum makes it easier for athletes to do what they are trained to do without having to think about it.

In his research on momentum, Iso-Ahola has shown that the most successful people are those who have more frequent occurrences of momentum and can make them last longer. In a basketball game, this is the team that has the most and longest scoring runs; in a series, it’s the team that wins many consecutive games often. He points out, crucially, that “between-momentums build on within-momentums” — a reminder to focus on momentum within a game that seems directed at the now-winning Raptors.

“It would be a mistake to think, after winning a game, that we now have a momentum that will carry us through the next game and ultimately, to the championship,” says Iso-Ahola.

For a player, team, or fan, the feeling of momentum comes down to the belief that there’s been a certain pattern of success, whether in the form of a shooting streak or accumulated wins in a series. Take Steph Curry’s performance in Game 3, scoring 12 of the Warriors’ first 14 points, for example: To fans, it appeared that Curry had the “hot hand.”

But a statistician might disagree. Who’s to say that making six, or ten, or 25 shots in a row makes one “hot”?

"People have been looking at the hot hand for more than three decades now and there is no clear agreement about whether it actually exists."

“People have been looking at the hot hand for more than three decades now and there is no clear agreement about whether it actually exists,” University of Adelaide psychological scientist Matthew Welsh, Ph.D., tells Inverse. Welsh, a senior research fellow at the Adelaide Decision Lab, studies heuristics and biases in decision making, and the “hot hand” is one of the biases he has studied.

The hot hand is “the idea that, at certain point in time, players are ‘hot’,” he says. “That is, that their skill level is, temporarily, raised above its normal level.” Though its existence is widely believed by fans, players, and coaches, the numbers remain inconclusive.

The classic paper on momentum, published in 1985 by psychologists at Stanford and Cornell University, dismissed the idea of a “hot hand” in basketball as “a general misconception of chance.” Their controlled shooting experiments on Cornell basketball payers showed no correlation between the outcomes of successive shots. People who believe the “hot hand” exists, they argued, don’t actually understand what chance means, and so they think they can find patterns in “even short random sequences.” The way Welsh puts it, there was “no evidence of anything other than random patterns arising from long term shooting patterns.”

There’s some evidence that it may exist in other sports, but basketball, says Welsh, seems particularly ill-suited for it. Factors like alternating starts, many time-outs, and the fact that “hot” players tend to be double-teamed, he says, might obscure the pattern, if it exists at all.

Nevertheless, the conviction in momentum remains, and that’s because “statistical” momentum isn’t equivalent to “psychological” momentum. Whether a player is numerically “hot” doesn’t matter as long as they think that they’re hot — a feeling that Welsh credits to humans’ “oversensitive pattern sensing mechanisms.”

How Teams Can Take Advantage of Momentum

Though the numbers may not support it, momentum is real, at least psychologically, and teams can use it to their advantage. But as den Hartigh warns, “it is important to keep in mind that the relation between momentum and performance is not always straightforward.”

"In the end, it is momentum that makes the difference in who wins and who loses."

When teams have positive momentum, they tend to relax a little because “the advantage seems to become comfortable,” he says, and this gives the opponent an opportunity to claw back. Negative momentum, meanwhile, can also fire up a team. But reminding us that momentum is all about movement toward or away from a desired outcome, he points out that performance seems to drop once that outcome seems impossible to reach, much like the Warriors appeared to hold back once it became clear they would lose in Game 3.

Iso-Ahola likewise warns of the dangers of coasting with advice worthy of Steve Kerr: “No backing off, but instead, pouring in as many points as possible, and giving no mercy to the opponent,” he says. “That is capitalizing on momentum. Each competitive situation is its own performance event for which momentum has to be separately created.”

“In the end,” he says, “it is momentum that makes the difference in who wins and who loses.”