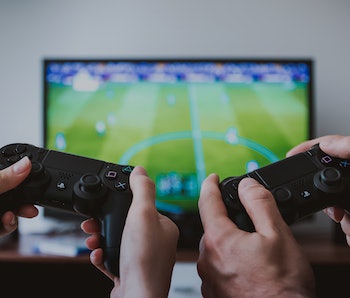 Stadia, Google’s upcoming cloud gaming service, has set forth an ambitious goal for itself: eliminate the need to own a console or PC. Phil Harrison — the chief of Google streaming venture — proudly announced that “the future of gaming isn’t a box,” during Staida’s debut at GDC 2019 in March. But he might have jumped the gun with this lofty statement.

Cloud gaming services do indeed have the potential to let anyone with a smartphone or tablet play games that once required hundreds or even thousands of dollars worth of hardware. But the consoleless gaming revolution won’t reach everyone: Platforms like Stadia and xCloud can only function seamlessly if users have access to fast and stable broadband internet speeds.

Internet speeds vary wildly from state-to-state in the United States, and a drop in performance will result in lag even in single-player games running on cloud services. For this reason, Jelle Kooistra — the Head of Analytics at video game industry analytics firm Newzoo — tells Inverse that he sees products like Stadia existing in harmony with consoles in the immediate future.

“Cloud gaming will not replace console, or ‘box’, gaming any time soon,” he said. “Rather, they will live alongside each other, with two different pitches to potential consumers. We do not see cloud gaming overtaking local download games in the next five years.”

Instead, both arrangements will remain appealing, though they will likely target district categories of gamers. On one hand, you’ll have traditional users who aren’t scared away by expensive hardware and on the other, you’ll have the emerging market of mobile gamers.

In other words, diehard PlayStation, Xbox, and Nintendo fans aren’t going anywhere, and aren’t likely to be as attracted to the types of games the streaming ecosystem will provide. In fact, console sales are expected to grow to $49.3 billion in 2023, up from $39.9 billion in 2017, according to a Knowledge Sourcing Intelligence report. These are gamers that have grown up with franchises only available on certain consoles and want access to top-of-the-line graphical and computational capabilities.

“To those willing to invest serious money into a console set up, Sony, Microsoft, and Nintendo will provide them with a great product, with a great library of content, great graphics and stable performance,” said Kooistra.

On the other hand, big console set-ups are equally unlikely to appeal to the even more massive, and growing, group of mobile gamers that use their smartphones and tablets as their game system of choice. These gamers are far more likely to find a streaming service appealing, and their ranks should only grow as broadband infrastructure continues to improve.

A report published by the Entertainment Software Association on Thursday found that 93 percent of American households own a smartphone and half of those users play video games on them. As phones become more advanced, it’s as if every U.S. smartphone owner has a portable console right in their pocket that Stadia and xCloud could tap into.

Of course, iPhones and Galaxy devices don’t offer the same raw graphical and computational power that PCs and consoles do, but for many that doesn’t matter. Fortnite has now amassed over 200 million players by focusing on accessibility rather than the best graphics. The game is free and can be played on consoles, PCs, and mobile devices and has become a common denominator for pretty much anyone with a screen.

As mobile gaming continues to build steam, Kooistra believes this demographic of consumers will want a larger library of games to play on their phones. That’s exactly the audience that Netflix-like cloud gaming services can capitalize on.

“For those who are not willing to invest into a console (yet), Google - and other cloud gaming providers - will provide a much lower barrier to entry, with the opportunity to get to a triple-A game at the press of button,” he said.

While cloud services and consoles might seem naturally at odds, a diverse market of gamers with different appetites and expectations could allow both services flourish.