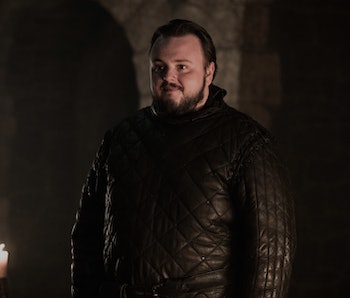 Rumors and fan theories about Game of Thrones Season 8’s Great Battle of Winterfell are flying around the internet faster than an angry ice dragon, and while some fans have theorized the Night King is headed to King’s Landing instead of Winterfell in Episode 3, one new theory offers a truly surprising twist: What if the Night King destroys Oldtown instead?

During Episode 2, “A Knight of the Seven Kingdoms,” Bran Stark talks about the Night King’s motives. “He wants to erase this world, and I am its memory,” Bran says. By killing the Three-Eyed Raven, the Night King would essentially eliminate all of the world’s history. Another important step in that process would be in destroying the Citadel, all the maesters that reside there, and the thousands of books sitting in their libraries.

Sending a smaller army of the dead to Winterfell as a distraction could give the Night King a chance to bring Winter to all of Westeros by riding his ice dragon all the way down to the southwestern region of the continent to Oldtown, where he could destroy the second most populous city on the continent and vastly increase the size of his army while also destroying the world’s written history.

This theory from redditor u/Lana_Lana_LANAA cites Bran’s comments about the Night King, but it also hearkens back to how “cocky” the maesters were when interacting with Samwell Tarly in Game of Thrones Season 7.

“We are this world’s memory, Samwell Tarly,” the Archmaester said. “Without us, men would be little better than dogs.”

These teachings led Sam to a similar comment in Season 8, Episode 2. If the Night King really does want to erase the world and its memory, then he’ll have to destroy all the magical and tangible history to do a thorough job of it.

Throughout all of Season 7, the maesters at the Citadel remain skeptical towards any claims about the Night King and his undead army, eventually driving Samwell to steal some books and leave so he might rejoin Jon Snow. Were they to all die in an attack from the Night King, it might feel like retribution for their skepticism.

From a tactical standpoint, it wouldn’t make much sense for the Night King to attack Winterfell directly with his own dragon, even if it meant a shot at destroying the Three-Eyed Raven early in this war. Two living dragons against one undead dragon aren’t very good odds, but adding around 500,000 new soldiers to the army of the dead by destroying Oldtown first would be easy for an ice dragon. This would also ensure the Night King had enough soldiers to then march back north to take King’s Landing, eventually circling back up to Winterfell to finish the job — that is, assuming he’d even need to.

This plan feels a bit convoluted to play out over the mere three episodes that will be left for Game of Thrones after the Great Battle of Winterfell, but the back half of Season 8 will probably be far more complex than any of us suspect right now.