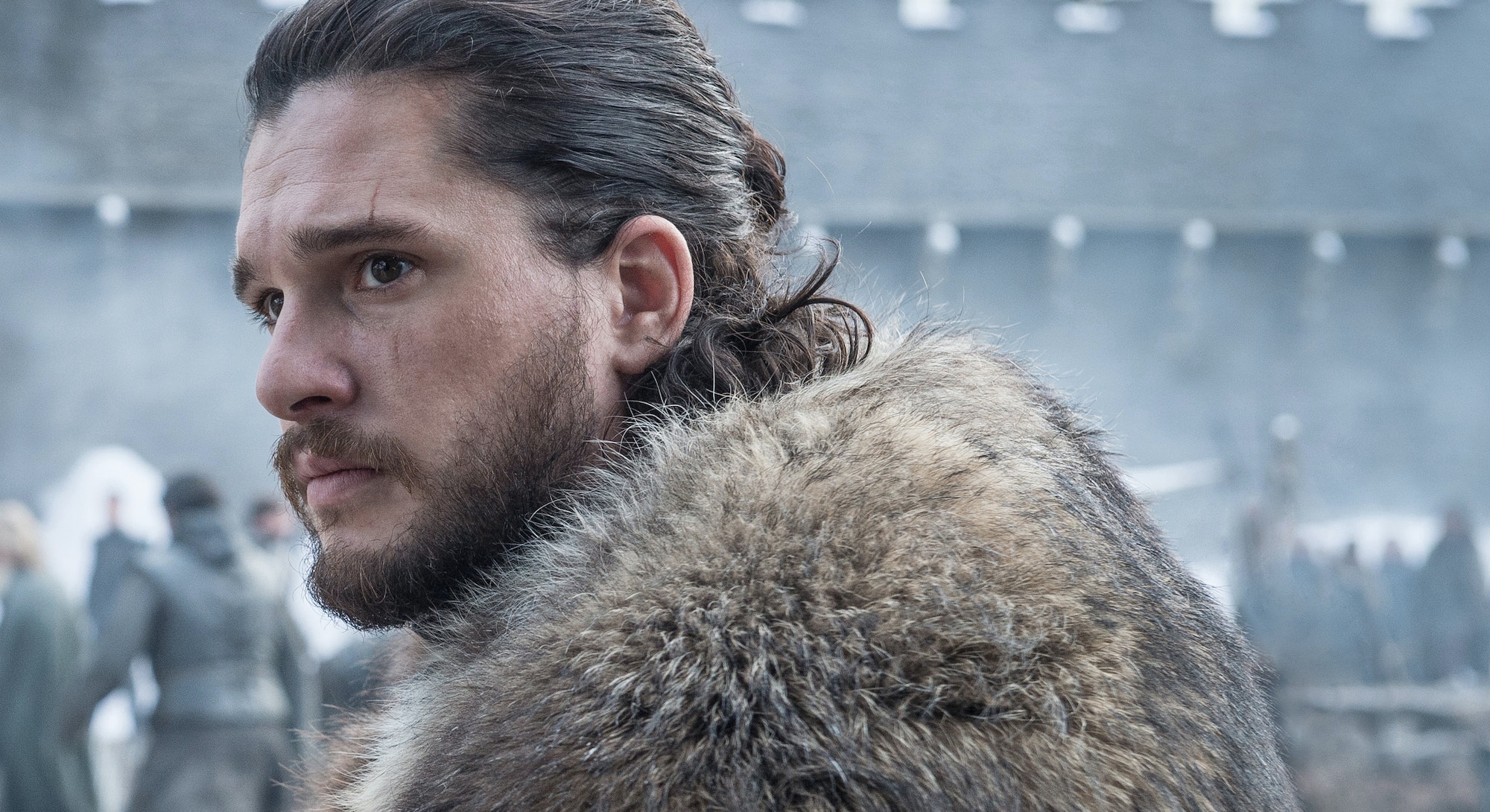 Dunne is the “weapons master” for Game of Thrones; the one responsible for making the dragonglass weapons to fend off the Night King in the eighth-and-final season of the HBO series.

A professional film armorer with 25 years of experience crafting weapons for television and movies, Dunne has served as the Thrones weapons master since the beginning — and has even made a few cameos over the years.

He tells Inverse that his inspiration for making the weapons that just might defeat the White Walker army come not from medieval legend, like many images from the series, but from the other side of the world, in Mexico and present-day Central America.

Audiences saw last season Snow mining dragonglass — hidden in a massive cave on the island of Dragonstone — to prepare for the White Walker invasion. Behind the scenes, it was down to Dunne to equip the army.

Dragonglass is the common name in the show for obsidian, a naturally occurring volcanic glass and one of several rare materials capable of defeating White Walkers.

Jon Snow enters the cave beneath the volcano Dragonmont on the island of Dragonstone in Blackwater Bay.

“What’s the point of having any other weapon?” Dunne tells Inverse. “Nothing normal is gonna work on the wights [humans who turn zombie after being killed by White Walkers] and the White Walkers. Everything has to go obsidian; every shape, every form of weaponry that we know of … has to be turned into dragonglass.”

There was just one problem with dragonglass. Because obsidian is so brittle — both in Westeros and in the real world — making effective weapons presented a unique challenge.

"What’s the point of having any other weapon?”

There isn’t much that can be done to work with obsidian as a material because of its fragility. The only way to sharpen it is through a process called knapping — whittling it down the same way you’d create a stone knife.

The longest a dragonglass blade can be is about 10 inches. By comparison, the Mountain’s steel greatsword is 5 feet, 4 inches long.

“I think even that is a little bit tight,” Dunne says of a 10-inch obsidian blade. “But it depends on how you manufacture it. A lot of these weapons are inset into wooden shafts, so you can still build on that. But as a standout item, I wouldn’t go any more than 8 or 9 inches.”

Anything longer for an obsidian blade and the pressure of cutting into it could break it. Don’t expect to see any long obsidian swords — as cool as an all-black sword may appear — in Game of Thrones Season 8.

Fashioned at just the right length, and in the right ways, obsidian can be a deadly resource whether or not you’re fighting the icy undead. That’s why ancient Mesoamerican cultures like the Aztecs and Mayans used obsidian for their weaponry, and why their weapons often look unconventional compared to traditional swords and spears.

These are the practical reasons why the Aztec sword, called a macuahuitl, doesn’t look anything like a sword at all — and why the Children of the Forest mostly just stick pieces of dragonglass at the ends of sticks when it comes to making weapons.

"You’d never make a long blade out of obsidian"

“You’d never make a long blade out of obsidian, but you could set it within a frame that takes all the weight and power,” Dunne says. “You’d just extend the blade or blades into another item and maybe have your obsidian all the way along, the very same way the Aztecs did it.”

Dunne credits his work on Apocalypto (2006), set during the height of the Mayan empire, for helping him craft dragonglass weapons in Season 8 of Game of Thrones. He even used an obsidian dagger as a reference when making weapons for Game of Thrones.

“When I was out in Mexico on a job, I brought a lot of real obsidian back with me,” Dunne says. “I collect rare or specific items. All our gear in that movie was from the Mayans — the exact type of look, feel, and time period that I wanted to try and replicate. These are the weapons that were used in the same way that people in Thrones would use them.”

"These are the weapons that were used in the same way that people in Thrones would use them."

Despite referencing real shards of obsidian, including the dagger, all of the replicas built for Game of Thrones are pretty harmless. “The ‘obsidian’ that we use is, alas, 99 percent rubber — a rubber mix blade and a rubber mold,” Dunne said. “They’re all mapped out, hand-carved, and obviously molded and created to be safe.”

If the script ever calls for a dragonglass blade to do any actual cutting on screen, however, Dunne confirmed that those prop weapons are made from steel and then darkened to look like obsidian.

What Does It Take to Equip an Army With Dragonglass?

In Season 7, Episode 6, “Beyond the Wall,” Snow brings a group of some of the best warriors in Westeros north of the Wall to retrieve an undead wight. Ahead of that episode, Dunne had to design a variety of dragonglass weapons for the characters involved.

“I didn’t have the input of saying who had what,” Dunne says. “I like to have a little cache of weaponry that the director can call on, depending on what he wants to do or how we feel. We had to make sure we were ready for a lot of things, so we made a lot of different daggers, axes, spears, so that anybody can pick up any weapon.”

Ser Jorah Mormont trades in his longsword for two long daggers. Tormund Giantsbane has a greataxe. Sandor “the Hound” Clegane has a handaxe and a dragonglass push dagger, reminiscent of the steel dagger crafted like an Indian katar he’s carried since the start of the series, making this weapon something of a throwback.

“The Hound likes to fight,” Dunne says. “He’s one to use that to his advantage in bold ways, to punch and stab at the same time. That’s part of his character’s look. He’s just coming back to his preferred weapon.”

A few unnamed wildlings get more generic dragonglass spears, which will probably be the case for a lot of Stark bannermen in Season 8. We’ll never see anybody with a sword unless it’s something closer to a macuahuitl, but there’s an opportunity for Jon’s soldiers to wield a wide variety of weapon types. When asked about the potential for characters ordering custom weapons, Dunne says, “You’ll find that they’ll have input … they’ll have an opinion.”

There’s an implication here that many soldiers might wind up with bespoke dragonglass weaponry in the final season, or maybe just the more important characters in Game of Thrones. At the very least, plenty of archers will have dragonglass-tipped arrows, and there’s no telling what else.

Dunne’s hard work will come to fruition on Sunday, April 14, when Jon Snow’s dragonglass-equipped army begins their fight against the Night King in Game of Thrones Season 8.

For his part, Dunne has already moved onto the next project. Thankfully for Game of Thrones fans, his next project is a prequel series set thousands of years before the events of Season 8.

Dunne wouldn’t say much about the upcoming spin-off, but with his involvement confirmed, there’s one thing we can definitely expect to see: lots and lots of weapons.