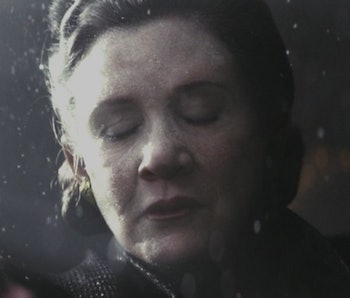 Yoda may have said “always in motion is the future,” but in a week, certain things about the future of Star Wars will be set in stone forever. At Star Wars Celebration in Chicago next weekend, the subtitle and trailer for Star Wars: Episode IX will almost certainly be revealed. This week, old school nerd news site Ain’t It Cool reported on a rumor that the movie will just be called “Star Wars Episode IX: Skywalkers.” Even if this doesn’t turn out to be true, the idea of a film centered on the Skywalkers is weird for the obvious reason that there simply aren’t very many of them left at this point in the story.

In nearly all press releases and interviews, the cast and crew of Episode IX have repeated the same mantra: This movie will be the end of the Skywalker saga that began with either The Phantom Menace or A New Hope, depending on how you look at it. But considering the only two living Skywalkers in the movie are Leia and Kylo Ren, the ending of the story really feels like it can only go in two directions. Either none of these characters are around by the end of the movie, or … there is another … Skywalker.

To be clear, the Ain’t It Cool “leak” suggesting the subtitle of Episode: IX will just be “Skywalkers” feels unlikely, if only because a one-word title just feels strange. Then again, putting the word Skywalker in the title makes a lot of sense. It’s just that it will be very weird if we’re dealing with a film about a family called the Skywalkers and the only person who actually is using that as his last name is a ghost named Luke Skywalker. In fact, the only “Skywalker” still alive — both in real life and in Star Wars — wants nothing to do with that last name. In The Last Jedi, Kylo Ren famously told Rey he wanted it all to end. “It’s time to let old things die. Snoke, Skywalker, the Sith, the Jedi, the Rebels. Let it all die.”

Part of this speech proves that Kylo Ren is the most brutal metatextual critic of Star Wars tropes (it really is true these movies are kind of all the same on some level), but it’s also interesting that he’s the most active “Skywalker” going into Episode IX. Part of this is not Kylo or actor Adam Driver’s fault at all. The real world made all of this Skywalker business much sadder and trickier.

The Tragedy of Leia Skywalker

The tragic and unexpected death of Carrie Fisher in 2016 adds a strange new layer onto the ending of the Skywalker saga, mostly because one Skywalker never really got her moment to shine. True, Leia had that cool flying-through-space scene in The Last Jedi, but when Luke said “in time you’ll learn to use [the Force] as I have” in Return of the Jedi, it felt like, at some point, that might actually happen.

When the new sequel trilogy started up with The Force Awakens, many fans correctly hoped we might see Leia Skywalker, a Jedi Knight complete with a lightsaber, fulfilling Luke’s promise. This isn’t to say Carrie Fisher wasn’t great in the new films. She was great, and likely will be again in the mysterious archival footage Lucasfilm is using for Episode IX. It just feels like one direction for the Skywalker family story — the idea that Leia is the true Chosen One — simply can’t happen now.

So where does that leave the Skywalker story? From a certain point of view, these are two big options.

Could Ben Solo Turn Back to the Lightside and Start Calling Himself a “Skywalker”?

The idea that the Skywalker saga hinges on the actions of the child of Leia (a Skywalker) and Han (a really important family member) is sort of a no-brainer. Though Rey is the protagonist of the sequel trilogy, and Kylo Ren is the defacto antagonist, you could argue that Kylo is perhaps the real main character. If he doesn’t die at the end of Episode IX, he has to turn back to the Light side.

A conclusionary film can’t leave Kylo Ren alive and still an asshole, which means he’s headed back to becoming Ben Solo. It’s possible he could reverse his position in The Last Jedi and decide to embrace his heritage. This would sort of require an antagonist of crazy epic proportions to scare Kylo Ren back to the good side, but it’s not impossible. Imagine it now, a scene in which Ben Solo triumphantly declares, “I am a Skywalker, and my family will bring balance to the Force … forever!” Or something similarly awesome.

Will a New Skywalker Be Born in Episode IX?

If Ben Solo/Kylo Ren doesn’t turn back to the Light side and/or dies a tragic and horrible death in Episode IX, then how will the movie conclude the Skywalker saga? It feels very unlikely that Episode IX will kill off Leia. That just feels like it would be in poor taste, but if she’s the only member of her family alive at the end of this saga, that feels absurdly depressing. Meaning, a film about the Skywalker family could end with more members of the Skywalker family!

This sounds crazy, but what if Kylo Ren and Rey do end up together? Though Daisy Ridley and others have said romance is off the table for Rey in the future, the subtext of The Last Jedi is certainly about her complicated relationship with Ben Solo. If this somehow all works out — and she can forgive him for killing Han Solo in front of her — it’s possible these two crazy kids could make more Skywalkers together.

Star Wars Celebration — where an Episode IX trailer is expected to drop — happens in Chicago from April 11-15, 2019.