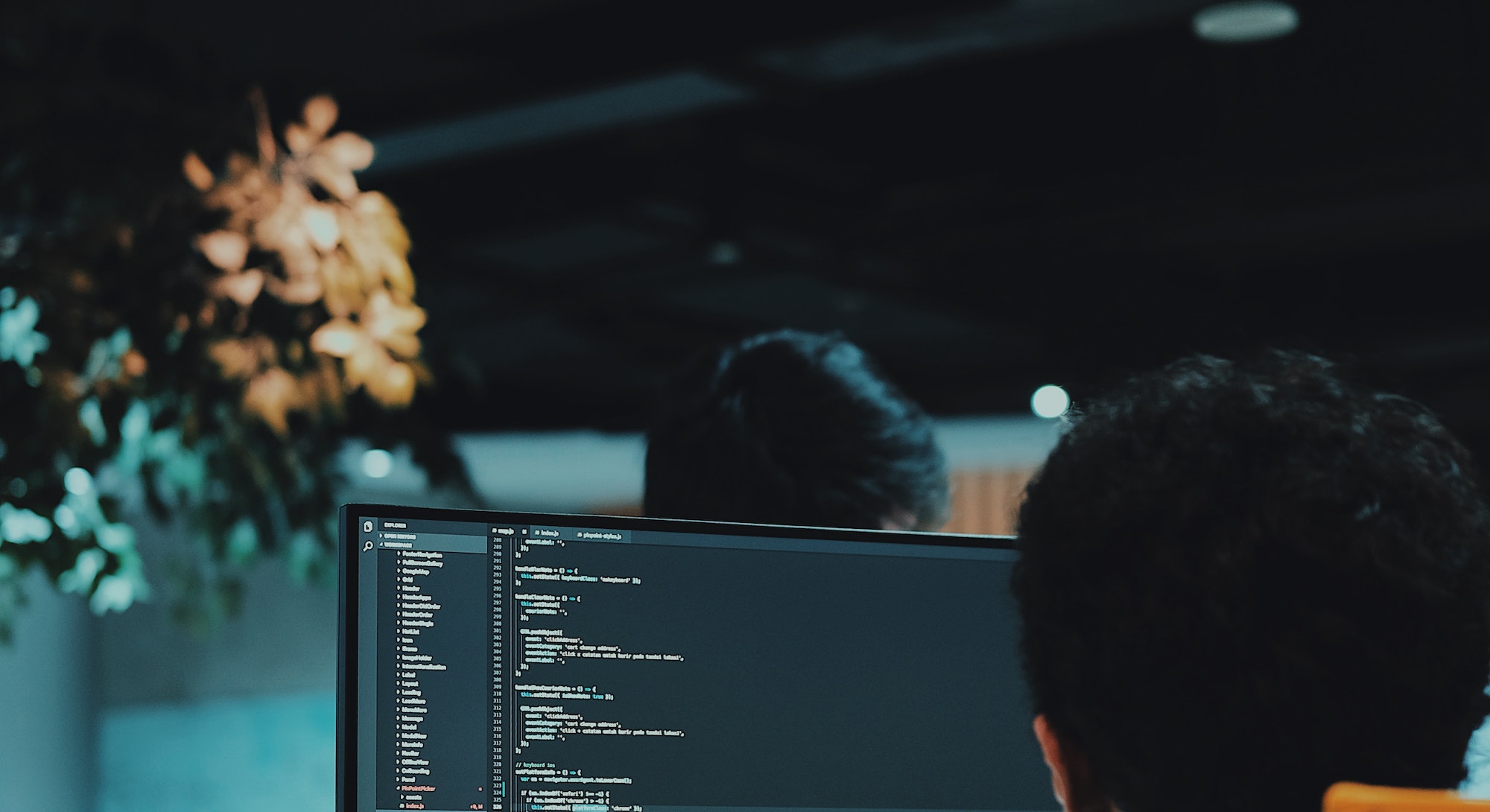 There are only three requirements to successfully bait college students to come to your event: Promise free food, free admission, and fascinating people.

“All I had to do was sign up and show up,” says 25-year-old software developer Vincent Herr, recalling why he attended his first hackathon several years ago. “The worst-case scenario was that I would get free food, meet recruiters, and be exposed to an environment conducive to working on cool projects.”

Herr eventually attended four hackathons, from collegiate to corporate and ranging from three to 36 hours long. He’s seen both their moments of inspiring potential and free-loading hedonism.

If you ask people to define a hackathon, though, each will give a slightly different answer. The easy answer is that it’s a portmanteau of hacker and marathon. Delve into the action, and where most people seem to agree is their limited timeline (from hours to days) and their intent to bring people together, usually to facilitate focused work on a topic or problem.

Backed by tech giants like banks and software firms and fueled on calories from fast-casual staples — what’s a hackathon without Insomnia Cookies after midnight? — the events have exploded over the past decade, touching all points of the globe with flecks of perceived Silicon Valley coolness.

As with anything that transcends its origin, we must ask: when will hackathons outlive their usefulness? What began as a way for creative programmers to build something new in a short amount of time — inarguably a thrilling experience — has been applied to all sorts of settings. In the worst case, Herr says he recalls one “hackathon” that was actually a session to do catch-up work that nobody wanted to do during their regular hours. Critics of the concept who say the label is losing its meaning due to overuse.

Packed in a house in Calgary, Alberta, the first hackathon officially called a hackathon took place in June 1999. The ten developers in attendance focused on one open source project for a weekend straight. No Soylent, no therapy dogs, no Echo Dots as prizes. But tech-focused hobbyist societies like the Homebrew Computer Club — the birthplace of Apple — date back to 1975.

Back then, those with the dollars and know-how could select from a medley of computers, such as Atari ST, Commodore 64, and of course, Macintosh and IBM’s PC+. By 1993, IBM and Macintosh were the sole survivors, lowering the barrier of entry to computer technology as software began to standardize.

Despite their tech-bro vibes, hackathons weren’t originally connected with startup culture. Some groups, such as the Super Happy Dev House, took on anti-startup culture, expressing a desire to focus purely on technology development and not business.

In 2006, Yahoo launched the first company-wide hackathon, HackDay, that looks like today’s maximalist coding experiences, encouraging every Yahoo engineer to, “build whatever you can dream up,” and to camp on their “really, really, really nice grass!” Yahoo was where the cool coders were, along with a live band.

In 2010, HackNY started scaling up, hosting a couple hundred students for a local hackathon and showing off the value of student-driven hacks. From there, the University of Pennsylvania hosted the first iteration of PennApps in 2009, broadening the geographic reach of hackathons by inviting students outside the region to participate. After launching their first 48-hour version in 2010, the event exploded from 300 participants in fall 2012 to over 1,000 in 2013, and over 2,200 by 2015. The modern hackathon, pioneered by ambitious students groups, reached full-fledged mega hackathon form.

Today, hackathons are commonplace. Major League Hacking, essentially the NCAA of hackathons, reported that 62,000 student hackers attended 182 sanctioned events during the 2018 season, including one at the Vatican. In total, participants created more than 10,000 projects.

The themes and challenges presented at hackathons have also diversified. The first major fork in the road, Music Hack Day in 2009, brought hundreds of musicians and developers together, transforming beer bottles into drum kits and producing a dating app based on musical taste. 2018 even brought forth the first cannabis themed hackathon. When people say, there’s an app for that? There’s probably a themed hackathon where it came from.

Hackathons don’t always have to solve a problem either — sometimes, bringing people together is the whole point.

Ashwini Chauhan, Director of TechTogether, explains that hackathons like SheHacks (now known as TechTogether) strives to empower women in the tech industry.

“[The founder] was really empowered to make a hackathon that allows more women in tech to feel more comfortable going to their first hackathon,” Chauhan tells Inverse. The team hopes that simply getting females and non-binary individuals in an empowered tech space will build momentum for people to develop confidence and take on other hackathons in the future.

One of the best-known corporate hackathons is the one hosted by Facebook.

“We give everyone a bunch of a time…the only rule is that you can’t work on what you work on the rest of the time you’re at Facebook,” says founder Mark Zuckerberg in a 2016 video. “The idea is to try to incubate creativity and a lot of new ideas.”

At these modern hackathons, you’ll find young developers hunched over laptops, extension cords and chargers snaking around table legs and backpacks. Although the core group exists at a collegiate level, about one in every twelve attendees at MLH events are high schoolers, says community manager Rob Kleiman. High schoolers are even taking on the onerous logistical challenge of organizing their own, despite extra barriers (for example, companies may be less willing to sponsor a high-school hackathon, since they typically look to recruit university students).

"How many 50-year-olds are going to want to devote a 24-48 hour period to working on this thing?

“Say you’re a 100-year-old company, your employees range from 20 to 60, and you’re going to do a hackathon — how many 50-year-olds are going to want to devote a 24-48 hour period to working on this thing?” Morgeson tells Inverse. “Organizations are filled with people who have a whole range of commitments, some of which aren’t investing 24 hours a day to their job.”

Biologically, investing 24 hours a day in a job has serious repercussions. Plus, with bags of chips at the ready and spotty sleeping setups, the physical space and amenities of hackathons seem counterintuitive to the nutrition and sleep that modern medicine preaches for productive work.

"It’s this mug of pride: ‘Oh I can code for 20 hours straight, look at how awesome I am,’ and in reality they would probably have done way more if they did two ten- hour days.

“There are certainly diminishing returns to working long hours,” says Morgeson. “It’s this mug of pride, ‘Oh I can code for 20 hours straight, look at how awesome I am,’ and in reality they would probably have done way more if they did two ten- hour days.”

Adam Enbar, CEO of the New York City-based Flatiron School, a technical school that also hosts hackathons, points out a difference between critiquing the tool versus how it is wielded.

In fact, the ability for hackathons to create an intentional space off work hours may play a key role to their value, taking the minds of participants outside their typical work structure — what other profession involves people passionate enough to get together on weekends to continue marathoning their job?

“It’s an opportunity to explore problems and solutions that you might not have otherwise,” Herr reflects.

“There is inherently part of the academic system is broken, and students aren’t really learning the skills they need,” says Kleiman. “Hackathons are special because they facilitate a very concentrated of learning, where people surprise themselves, learn new things. Sky’s the limit, if there’s enough enthusiasm.”

Where Are Hackathons Headed?

With the emergence of hackathons like SheHacks in Boston and the age of participants skewing younger, hackathons have achieved enough momentum to diversify into a myriad of specialties. Identity groups repurpose Silicon Valley exclusivity to like-minded inclusivity.

The hype attracts corporations as well. But in this space, hackathons may be more of a fad, a technique to try without understanding how it fits into the ecosystem of another successful company.

Like all formats, it’s not a solution to slap onto every issue. But when used properly, hackathons can foster excellent learning spaces and sometimes conventional success, like GroupMe, the group texting app created in 36 hours at TechCrunch Disrupt in 2010. With technological advances, Enbar points out that hackathons could become more impactful — what once took a few months to build might now take a day.

“I feel conflicted over hackathons. Conceptually, I think they’re awesome,” says Herr, the software developer who was lured to hackathons back in college, partly for the free food. “On the other hand, I’ve seen my fair share of solutions in search of problems.”

What’s your experience with hackathons been like? Send your feedback.