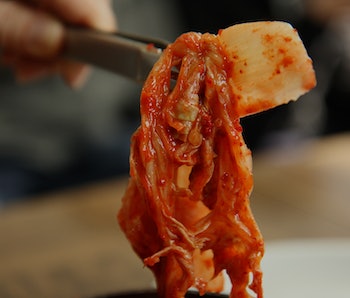 Biologist Rob Dunn does not require you to leave your home to go on an adventure.

In his new book, Never Home Alone: From Microbes to Millipedes, Camel Crickets, and Honeybees, the Natural History of Where We Live, Dunn explores the ecological wilderness in the domestic spaces we inhabit — along with over 100,000 other organisms.

But no need to reach for that 99.99-percent effective bottle of hand sanitizer. In a blend of sharp scientific analysis and vibrant natural history, Dunn tells the stories of biofilm on shower heads to the yeasty communities in hand-kneaded bread, walking readers through these tiny tenants’ roles supporting daily life. In turn, he reminds readers of the devastating consequences of squashing them, upsetting ecosystems and speeding along our bacterial enemies. The familiar may seem unfamiliar at first as Dunn redefines the home, but with this shift, he brings mindfulness of the awe-inspiring biodiversity around us.

Below is an excerpt from Never Home Alone, released Tuesday by Basic Books.

The Flavor of Biodiversity

Making Korean food wouldn’t have anything to do with houses but for one important concept, sson mhat (손 맛), where sson means “hand” and mhat means “taste.” Sson mhat refers not to the food itself but instead to the flavor given to food by the person who makes it—literally by their hands, but figuratively by everything about who they are and how they touch, walk around, and work with food. Inspired by this idea, I wanted to explore a hypothesis with Joe and his mother, namely, that the microbes from the body of a Korean chef (traditionally a Korean woman) are precisely what gives her food a flavor different from that of her sister’s or cousin’s food.

Joe, Soo Hee, and I ordered some drinks and lunch. We started to eat and talk. I wanted to understand what Joe’s mother thinks about sson mhat and what the word means to her. In Korean cooking, more than almost any other cuisine, foods are often fermented (meaning that sugars are chemically broken down by bacteria or fungi in a way that produces gas, acid, alcohol, or some mix thereof). The by-products of this fermentation add flavor and aromas to the food, such as the acidity and sour notes of yogurts. They make food intoxicating (when alcohol is the by-product). They also make the food toxic to other microbes. Alcohol kills most pathogens; so too, acidity.

During the days when cholera was common in London, those who drank beer tended to be less likely to die of cholera than were those who drank water. The alcohol in the beer made that liquid safer to drink. Yogurt is safe to eat because the acidity in the yogurt prevents other microbes from colonizing. Acidity is measured on a scale from 0 to 14. Substances that have a pH of 7 are neutral, those with values higher than 7 are basic, and those with pH values lower than 7 are acidic. The pH of yogurt is typically around 4, similar to the pH of the stomach of a baboon.1

The acidity of sourdough starters, kimchi, and sauerkraut is similar. The fermenting microbes that produce the acid (often species of the genus Lactobacillus) are tolerant of this acid, whereas most other species are not. Some fermented foods, such as Japanese natto, are alkaline, and this alkalinity has an effect similar to that of acidity. It keeps pathogens at bay.

Species with the genes necessary to grow (typically slowly) in the presence of alcohol, high acidity, or high alkalinity almost never have the genes required of pathogens, genes that tend to entail fast growth.

Fermentation, then, is not only a way of gardening species with favorable effects on our food; it is also a means of warding off pathogens. Fermented foods are ecosystems that weed themselves.

See Also: The Biochemistry of Beer: Why the Source of Sugar Matters

Because of the many benefits of fermentation, most human cultures have fermented foods. On my desk sits a compendium of thousands and thousands of different fermented foods of the world, most of them unstudied.

Some fermented foods, be they fermented shark or fermented seal stuffed with fermented auk, require a little getting used to. Many, though, are more familiar to the Western palate. Bread, vinegar, cheese, wine, beer, coffee, chocolate, and sauerkraut are all fermented. We eat fermented foods all the time, whether or not we realize we are doing so.

Among the most complex and biodiverse fermented foods is Korean kimchi. Kimchi is a Korean staple. The average South Korean eats eighty pounds of this good stuff a year. In making kimchi, the first step is to split, salt, and wilt cabbage. After several hours, the salt is washed off and the cabbage is further split or cut and mixed, by hand, with a pasty slurry of sweet rice, fish paste (itself fermented), shrimp paste (also previously fermented), ginger, garlic, and onions and radishes.

The paste must be pushed into and around each cabbage leaf, with fingers and thumbs. It is massaged. It is worked. It is brushed and pushed anew. The result is then put into jars (sometimes small, more often enormous) and left to ferment. This is the basic plan, but the details vary greatly. Hundreds of kinds of kimchis are made, kimchis using different spices, different vegetables, and different steps. As it turns out, there may be as many different kinds of kimchi as there are people who make kimchi.

To my senses, kimchi is a delight. All humans have taste receptors for sweet, sour, salty, bitter, and umami. The umami taste receptor was discovered most recently (so you might not have learned about it in school). It detects flavors such as those found in some savory foods, including many meat dishes.

I think of kimchi and joy, hand in hand; if I am eating kimchi, odds are that I am experiencing joy. But kimchi, Soo Hee told us, was not all joy when she was a little girl. It was hard work. The cabbage was ready in November. So too the radish that would be used along with the cabbage. The cabbage and radish needed to be harvested in huge quantities and then mixed in with the chili peppers and other ingredients.

The kimchi made from the Napa cabbage and radish was important because it would be a key source of nutrients—the vegetable and protein that would accompany rice—for the entire winter. When Soo Hee was young, the winter in Korea was long and cold. Kimchi was delicious, but it was also part of survival, of getting through the winter.

Kimchi, like other fermentations, was a means of storing food. It was a way to preserve vegetables so that they would last and last. And kimchi was also, as Joe’s mom told me, among the foods with the strongest sson mhat.

Each person’s kimchi had a unique hand flavor.

Excerpted from Never Home Alone: From Microbes to Millipedes, Camel Crickets, and Honeybees, the Natural History of Where We Live by Rob Dunn. Copyright © 2018. Published by Basic Books

More like this
Science
4 hours ago
Ancient chicken bones and snail shells date the destruction of a Greek city
By Jennifer Walter
Innovation
8.4.2022 11:00 AM
X-Ray study adds to the mystery shrouding shrunken heads’ origins
By Sarah Wells
Mind and Body
8.7.2022 10:00 AM
Nordic Diet vs. Mediterranean Diet: The health benefits of eating like a Viking, explained
By Duane Mellor, Ekavi Georgousopoulou and The Conversation
Related Tags
Share: